One Million More Reasons to Mobilize Against Ford

The public sector “salary restraint” legislation expected by public sector union leaders was formally introduced on June 5th (Protecting a Sustainable Public Sector for Future Generations Act, 2019). I will get to the criticism in a moment. First, I have to acknowledge the Orwellian chutzpah of this government: without a climate change plan, it cheekily appropriates the language of “sustainability” and concern for “future generations.” They could have topped themselves by tipping their hat to the indigenous traditions they are also ignoring by adding “seven” in front of “generations.” Perhaps the next spending restraint bill can be more inclusive. 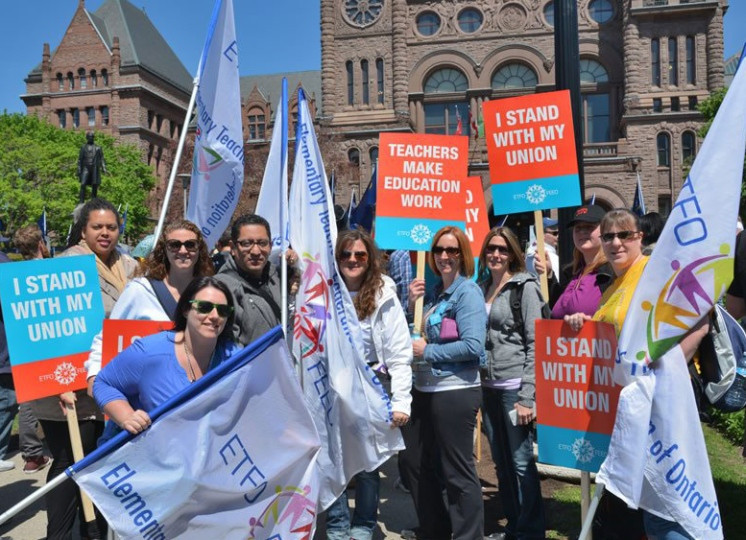 Titles aside, the bill is not about a sustainable anything, but first and foremost a shot across the bow of public sector unions (and especially the teachers’ unions, who will be in bargaining soon). The public service has been a target for governments of all denominations (remember Rae Days, everyone)? We can be certain that, if – as I hope – we are able to mobilize a staunch defence of collective bargaining rights, the government will try to drive a wedge between public sector “fat cats” and those hard working Ontarians in the private sector for whom this “government of the people” is working so hard.

Problem is: already, 75% of “the people” think that the government is on the wrong course. We have seen an impressive mobilization of the parents of autistic children against the government’s plans to change the funding support model for their children. There has been a sizeable demonstration in support of public healthcare in response to the serious threats of privatization lurking in the government’s healthcare bill. Now, they are openly challenging 1 million broader public sector workers to put up or shut up.

We Need to Put ’em Up

The issue here is not salary restraint. The bill caps total salary increases for workers and management at 1% per year for the three years following the signing of the next collective agreement. (It will not apply retroactively, but it will apply to agreements signed at any point in the future. Thus, if your agreement expires in two years time, it cannot include salary increases in excess of 1% per year for the next three years.) No one in the broader public sector has achieved salary growth much in excess of this figure for over a decade. (An analysis of salary growth over the period 2013-2017 by the Ontario Confederation of Faculty Associations shows that nominal salaries have increased from a low of an average of .5% in 2013 to a high of 1.9% in 2017.) I say ‘nominal’ because, once we factor in inflation, real salaries have shrunk. If inflation is roughly 2%, then a rate of “growth” less than 2% is actually a reduction of real wages.

“Well, so what,” a hard working citizen might respond. “A lot of you are fat cats, and your wages are not being cut, they are just being capped. Deal with it. If I have to suffer, so should you.”

Second, and more importantly, the threat this bill poses is as much or more political as it is economic. No one will die of starvation if their salaries are capped for three years. However, the collective power of workers to govern our work conditions (already nearly dead after forty years of neoliberal attacks on unions) will take another fateful step toward the grave unless we can turn this attack into fuel for a serious mobilization. Our goal has to be, in the short term, to block the passage of this bill. That short term goal has to be connected to a longer term strategy to protect public services as an actually existing alternative to priced commodities in consumer markets, adequately fund them, and ensure that Ford is back making decals in three years time (if not before).

As the OCUFA analysis shows, public sector workers do not have a vendetta against the public we serve. We have not bargained so as to fiscally destroy universities, hospitals, or government agencies. Still, we are not volunteers, we need to be paid, and we have a democratic right, (which, like all democratic rights, is the fruit of decades of struggle from below, not a gift from above), to bargain our conditions of work. The Bill claims that the right to collectively bargain is not compromised. But this is legalistic nonsense designed to ward off a Charter challenge (the Supreme Court has consistently affirmed the right to collective bargaining as a protected right under the Charter). The bill gives the Minister the right to void any collective agreement that contains salary increases above 1%. So, we can bargain anything we like, but if the Minister so decides, the agreement can be scrapped. Some right! 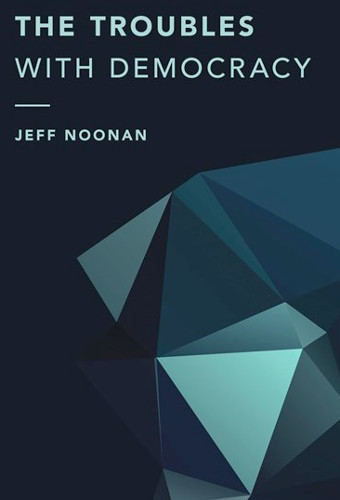 Some of us in the broader public sector enjoy something that approximates those conditions of work. We will not improve other workers’ conditions by allowing our historical gains to be undermined. Governments and their business allies know that driving a wedge between different groups of workers (or dividing the problem of work from the problems of democratic citizenship generally) serves to undermine our collective power, and paves the way for across the board attacks on democratic achievements, public services, and the institutional infrastructure we all depend upon for the satisfaction of our natural and social needs.

To be sure, cuts to welfare spending or hospitals are more dire and immediate threats to the satisfaction of the needs of the most vulnerable than capping public sector salaries at 1% for three years. However, politically, we have to resist the urge to divide struggles in this way (although, if it comes to a triage situation where choices have to be made, then, by all means, we have to choose to protect the most vulnerable). Political progress against attacks and for a well-funded infrastructure of robust public services is best made when we find common ground and fight together. Now is the time for those of us with a high degree of job security to put it to work, not to defend our right to make as much money as humanly possible, but to defend democratic achievements and insist upon better opportunities, better public services, and better life-protection for everyone, starting with the most vulnerable.

We do not need more words. We need action. And that has to start with the leadership of the major public sector unions (including university faculty associations) meeting as soon as possible to map out strategy and tactics. The Days of Action against Mike Harris had his Common Sense Revolutionaries on the run, before we let them off the hook. Let’s not make the same mistake twice. •