Canada’s embassy in Venezuela has just been closed. The spur for this closure is an open attempt by Canada’s Prime Minister Justin Trudeau to overthrow Venezuela’s Nicolás Maduro. Canada is one of the leaders of the Lima Group, a network of countries that came together in 2017 with the express purpose of regime change in Venezuela. Canada’s diplomatic corps has played the role of facilitator for the Venezuelan opposition leader Juan Guaidó. Trudeau and Guaidó speak regularly. Their plot against Venezuela thickens. 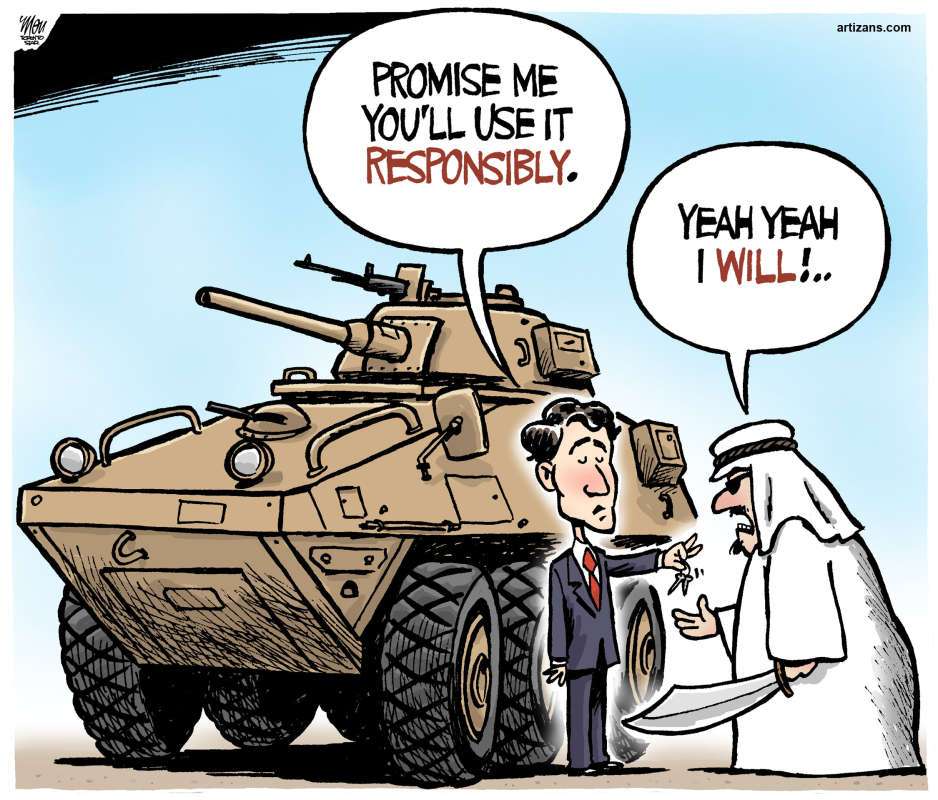 The Canadian government held the meeting of the Lima Group this year. It helped organize the speaking tours of Venezuelan opposition figures. But, most controversially, Canada’s ambassador to Venezuela – Ben Rowswell – held an annual dinner and delivered a human rights award to people who amplified the voices of those opposed to the Bolivarian Revolution. “The tradition here,” Rowswell said sanctimoniously, “is that Canada believes in the principles of human rights and democracy and takes pragmatic measures on the ground to unblock political situations.” Unblock political situations is a uniquely Canadian way of saying promoting regime change.

Venezuela has been – as the most recent dossier from Tricontinental: Institute for Social Research argues – the target of a hybrid war. Canada has not been a bystander in this hybrid war, but it has functioned to give the entire maneuver the sheen of Canadian liberalism.

Countries work hard to protect and promote their self-image. No state likes to be associated – for instance – with arms sales. Sweden, which gives out the Nobel Peace Prize, and Switzerland, which promotes itself as a neutral country, are leading sellers of arms – both in the top twenty list. Canada sells fewer arms than Switzerland and Sweden, but the places that it sells arms to should raise eyebrows.

For all the talk of “human rights” and for all the hoopla about the human rights award from the Canadian embassy in Caracas, it is Canada’s Justin Trudeau who championed a $15-billion arms deal with Saudi Arabia despite the many criticisms of the Saudi war on Yemen. It is one thing to talk about human rights. It is another to live by that credo. Canada does not.

The Canada-Saudi arms deal did not take place in another century. It was signed in 2014 and executed this year by the liberal government of Trudeau. The list of arms sold to Saudi Arabia by Canada’s General Dynamics Land Systems includes the kind of Canadian-made weapons that Saudi Arabia is already using against the people of Yemen. It is quite one thing for a pompous Canadian Parliament to sanction people associated with the murder of the Saudi journalist Jamal Khashoggi (as they did in November last year) and another to sell arms to a regime that has killed thousands of civilians in a brutal and unending war.

Evidence of the brutality of the Saudi war does not necessarily need to be assembled for the Canadian foreign ministry. In July 2017, Canada’s Foreign Minister Chrystia Freeland said that she was “deeply concerned” by the videos of Canadian weaponry used against the Yemeni people. “If it is found that Canadian exports have been used to commit serious violations of human rights,” said the Canadian foreign ministry, then Canada “will take action.” This is a curious standard. Only if Canadian weaponry is used to commit violations is this a concern. It is acceptable to sell weaponry to a country that is in the midst of prosecuting an inhumane war.

In June 2018, the Canadian Parliament’s Standing Senate Committee on Human Rights produced a key report. Three Canadian senators – a liberal, a conservative and an independent – found that “even though the Government of Canada advocates for the protection of human security abroad, it too often appears willing to compromise its values in order to advance economic and other foreign policy interests.” In this report, the senators note that it is more than likely that Canadian weaponry was used by Saudi Arabia against the Bahraini population in 2011 and against the Saudi public. This – the standard developed by Freeland and underscored by the Canadian Senate – did not bother Freeland’s department when it eventually provided export licenses.

No need to unblock the political situation in Saudi Arabia. No talk of “principles of human rights and democracy” when “Made in Canada” becomes the last phrase seen by a Yemeni child before the lights go out.

If you think about Canada, you don’t always think about mining companies and their human rights violations.

But these mining companies play a fundamental role in driving much of Canadian foreign policy, notably when it comes to South America, Africa and Southern Asia. Some of the world’s largest mining firms – as is noted in this briefing from Tricontinental: Institute for Social Research – are Canadian. Many of them operate in South America. 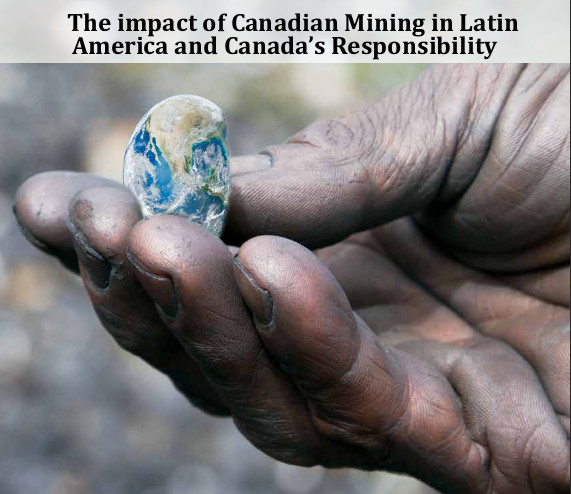 From one end of Latin America to another, Canadian mining companies have been involved in scandals upon scandals. The Working Group on Mining and Human Rights in Latin America filed a report with the Inter-American Commission on Human Rights that is damning. “The Impact of Canadian Mining in Latin America and Canada’s Responsibility” (2014) should have shaped the way the world sees Canada. But it has had almost no impact.

Anger at Venezuela has got to be understood in terms of Canada’s mining interests. In 2007, Barrick Gold’s Peter Munk wrote a letter to the Financial Times that summarized the view of the entire Canadian mining sector toward Venezuela. The letter called Hugo Chávez a “dangerous dictator” and called for intervention – “let us not give President Chávez a chance to do the same step-by-step transformation of Venezuela.” What bothered Munk and his class of mining executives was Venezuela’s push against foreign firms that sought to drain the wealth from countries like Venezuela.

Why was Munk so annoyed? Chávez’s government had just pushed for foreign companies to surrender their majority control over Venezuela’s oil reserves. This bothered Munk, but he was not alone. Canadian embassy officials in Venezuela told James Rochlin, a professor of the University of British Columbia, that they felt “burned” by Chávez. The Canadian government began to get cozy with Colombia against Venezuela. The roots of the Lima Group go back to the anger of the mining firms with Chávez’s desire to use Venezuela’s resources for the Venezuelan people. The Canadian mining bosses and the Canadian government wanted the Bolivarian Revolution overthrown so that they could take advantage of Venezuela’s resources.

So much for high-minded principles. For those who want to understand Canada’s foreign policy, don’t spend years studying its human rights statements. Put your hand into the dirt, touch the ore under the soil – that’s where Canadian foreign policy is rooted. •

This article was produced by Globetrotter, a project of the Independent Media Institute, and first published on the Portside.org website.