Manifestos and Socialisms for the 21st Century

The title of Bhaskar Sunkara’s new book is both bold and smart. It’s eye-catching in its reference to The Communist Manifesto. It is a little surprising that apparently no previous book has had that title, since it seems so obvious. Other writers have likely been less willing to elicit the inevitable comparisons between their work and Marx and Engels’ great pamphlet. For no writer will fare well under such scrutiny. 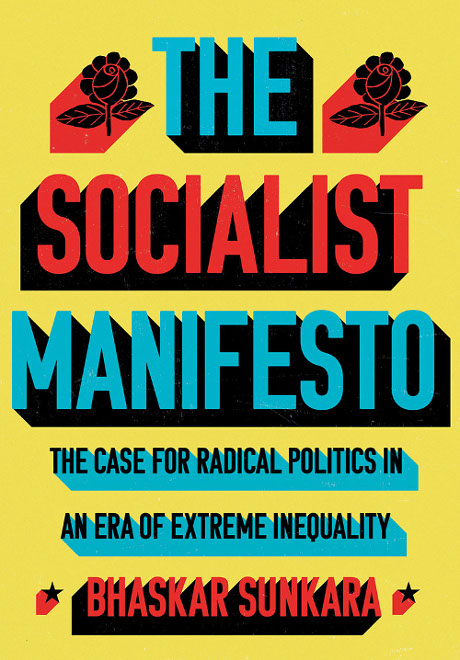 But I don’t want to be too harsh on the founder of Jacobin, whose magazine has performed valuable services for the American left. Sunkara is not an original thinker, but he’s an effective popularizer – and in an age of mass ignorance, there’s much to be said for popularizations. The book is written for the uninitiated, and if it succeeds in piquing young readers’ interest in socialism then it has served this important and much-needed purpose.

The title is a misnomer, however, for the book is no manifesto. It is essentially a critical history of socialism with a couple of chapters at the beginning and the end on the present and possible future of the left. The scope is ambitious: it ranges over the German Social Democratic Party up to World War I, the triumphs and tragedies of Leninism and Stalinism in Russia, Swedish social democracy, the record of “socialism” in China and the Third World, and the history of socialists in the U.S., in the process touching on the Labour Party in Britain, the Popular Front period in France, the impact of neoliberalism on the working class, and other subjects. It also has a chapter on fifteen lessons to be gleaned from the history, as well as a whimsical, speculative chapter (the first one) on what it might be like to live in a socialist society and what the transition from a social democratic to a socialist society might look like. Sunkara’s interpretations and ideas come from well-known and respected scholars such as Michael Harrington, Vivek Chibber, and David Schweickart, in addition to younger writers for Jacobin.

Through most of the book, the arguments are anchored in sturdy common sense, however much one might contest a point or emphasis here and there. On “Third World socialism,” for example, whether in China or Africa or the Americas, Sunkara is right that it turned Marxism on its head, so to speak: “revolutionaries embraced socialism as a path to modernity and national liberation. Adapting a theory that was built around advanced capitalism and an industrial proletariat, they struggled to find ‘substitute proletariats’ – from peasants to junior military officers to deprived underclasses – to achieve these ends.” None of it was socialism in the Marxist sense, as coming from the breakdown (literal or not) of capitalism and signifying the liberation of humanity from alienated and exploitative production. It was a “socialism” subordinated to nationalistic ends.

As for social democracy, Sunkara is clearly right that it always faces a “structural dilemma,” in that it exists within capitalism and depends on capitalist profitability. Historically, it was safe only as long as there was an expanding economy. “Expansion gave succor to both the working class and capital. When growth slowed [in the 1970s] and the demands of workers made deeper inroads into firm profits, business owners rebelled against the class compromise.” The era of neoliberalism began.

Sunkara’s conclusion to his survey of twentieth-century socialism is appropriate: “The best we can say about socialism in the twentieth century is that it was a false start.” Personally, I would even argue (and have, in Worker Cooperatives and Revolution) that attempts to introduce socialism – which is to say workers’ democratic control of production – exclusively through the bureaucratic initiative of the state, in an international economic environment still completely dominated by the dynamics and the hierarchies of corporate capitalism, were always misconceived. If a transition to genuine socialism ever happens, it will necessarily take generations, generations of struggle around the world directed at everything from the interstitial construction of solidarity economies to the mobilization of millions on behalf of radical political parties.

What Sunkara envisions is that a new kind of “class-struggle social democracy,” of the sort that Jeremy Corbyn and Bernie Sanders advocate, may be achieved after years of popular struggle. But rather than being content with this achievement and possibly letting it be undermined by the capitalist class, as happened to classical social democracy, socialists have to keep pressing for more radical transformations, such as expansion of the cooperative or publicly owned sector of the economy.

“Democratic socialists must secure decisive majorities in legislatures while winning hegemony in the unions. Then our organizations must be willing to flex their social power in the form of mass mobilizations and political strikes to counter the structural power of capital and ensure that our leaders choose confrontation over accommodations with elites.”

Eventually, this new social democracy will evolve into socialism, as the state and/or workers take over ownership and control of the remaining private firms.

Sunkara fleshes out these predictions a bit in his first chapter, but I think some skepticism is in order. Social democracy was appropriate to an era of industrial unionism and relatively limited mobility of capital. In a “globalized” age, it’s hard to see how social democracy can simply be reconstructed – in a more radical form, even, than before. History doesn’t work in this way, in which previous social formations are resurrected after they have succumbed to the universal solvent of capitalism. We can’t just return to conditions that no longer exist. That is a key lesson of Marxism itself.

In the U.S., to enact Medicare for All, safe and secure housing for all, free child care, decent public education at all levels, and other reforms Sunkara mentions would require, as he says, that socialists have strong legislative majorities. Given the power of the capitalist class, I don’t see this happening, at least not in the next twenty or thirty years. It took reactionaries decades of organization to achieve their current power – and they had enormous resources and existed in a broadly sympathetic political economy. It’s hard to imagine that socialists will have better luck.

Predicting the future isn’t exactly easy, especially not at this moment when humanity is poised on a precipice overlooking climate change, mass extinction of flora and fauna, economic crisis, complete political dysfunction, and general social breakdown. But my own prognosis would be more pessimistic than Sunkara’s. Neoliberalism has brought to its consummation the fracturing and atomizing of civil society that capitalism has entailed. The nation-state system itself seems in danger of decaying from within, from social crisis. There is no return of vitality and integration on the horizon. There is only a long period of crisis, a period of political flailing and confrontation, of stagnation and polarization, a period that will see lots of little left-wing victories and lots of defeats but few epochal triumphs. If Sanders or Corbyn ever get elected, for example, they will face a business community determined to destroy them.

Whatever will be happening at the level of the national state, on smaller scales initiatives in the solidarity economy will be spreading around the nation and around the world, from people’s sheer necessity to survive. Activists will be pressing for changes in state policy to facilitate the growth of this non-capitalist economy, and states will be increasingly forthcoming if only because such local and decentralized projects are seen as relatively unthreatening to capitalist power. As left-wing parties acquire more influence, they will press for the expansion of this cooperative sector of the economy – along with other policies that are more directly and immediately threatening to capitalism. The reactionaries can’t control everything forever (otherwise society would completely collapse), and the left will begin to have more political victories to approximately the degree that a cooperative sector invested in the left grows. As repeated economic crises will be destroying huge amounts of wealth and thinning the ranks of the capitalist hyper-elite, a new society and economy will gradually emerge in the womb of the old regime.

In my above mentioned book I argue that this scenario, which will unfold over many decades, is the only truly Marxist or materialist conception of socialist revolution, notwithstanding most Marxists’ hostility to any conception hinting of “gradual change.” The Jacobin social democratic scenario is limited without such a parallel approach.

Nevertheless, Sunkara’s book is of value. Little in it will be new to long-time leftists, but American political culture could certainly use more popularizations like The Socialist Manifesto. We have a long, long war ahead. •

Chris Wright has a Ph.D. in US history from the University of Illinois at Chicago, and is the author of Worker Cooperatives and Revolution. His website is wrightswriting.com.