Many Canadians are familiar with the Monroe Doctrine. First issued in 1823, it warned European powers against renewed colonization of the Western Hemisphere. Presented as anti-imperialist, the Monroe Doctrine was later used to justify U.S. interference in regional affairs. 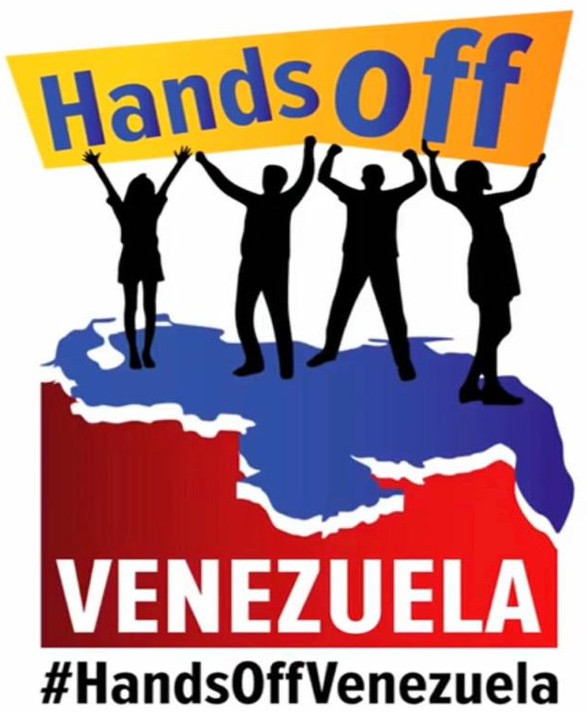 We may be seeing the development of a Canadian equivalent. The “Trudeau Doctrine” claims to support a “rules-based order,” the “constitution” and regional diplomacy independent of the hegemon. But, history is likely to judge “Trudeau Doctrine” rhetoric as little more than a mask for aggressive interference in the affairs of a sovereign nation.

For two years Canada’s Prime Minister has been conspiring with Juan Guaidó’s hardline Voluntad Popular party to oust Nicolas Maduro’s government. In May 2017 Trudeau met Lilian Tintori, wife of Voluntad Popular leader Leopoldo López. The Guardian recently reported on Tintori’s role in building international support for the slow-motion coup attempt currently underway in Venezuela. Tintori acted as an emissary for Lopez who couldn’t travel to Ottawa because he was convicted of inciting violence during the guarimbas protests in 2014. According to a series of reports, Lopez is the key Venezuelan organizer of the plan to anoint Guaidó interim president. Canadian diplomats spent “months,” reports Canadian Press, coordinating the plan with the hard-line opposition. In a story titled “Anti-Maduro coalition grew from secret talks”, the Associated Press reported on Canada’s “key role” in building international diplomatic support for claiming the head of the national assembly was president. This included Foreign Minister Chrystia Freeland speaking to Guaidó “the night before Maduro’s swearing-in ceremony to offer her government’s support should he confront the socialist leader.”

Just before the recent “Lima Group” meeting in Ottawa, Trudeau spoke with Guaidó and at the meeting of countries opposed to Venezuela’s president he announced that Canada officially recognized Guaido’s representative to Canada, Orlando Viera Blanco, as ambassador. The PM has called the leaders of France, Spain, Paraguay, Ireland, Colombia and Italy as well as the International Monetary Fund and European Union to convince them to join Canada’s campaign against Venezuela. “The international community must immediately unite behind the interim president,” Trudeau declared at the opening of the “Lima Group” meeting in Ottawa.

At the UN General Assembly in September Canada announced it (with five South American nations) would ask the International Criminal Court to investigate the Venezuelan government, which is the first time a government has been formally brought before the tribunal by another member. Trudeau portrayed this move as a challenge to the Trump administration’s hostility to the court and described the ICC as a “useful and important way of promoting an international rules-based order.” In other words, Trudeau would challenge Washington by showing Trump how the “international rules-based” ICC could undermine a government the U.S. was seeking to overthrow through unilateral sanctions, support for the opposition and threatening an invasion, which all contravene the UN Charter.

While Trudeau claims to support an “international rules-based order,” his government has adopted three rounds of illegal sanctions against Venezuela. They’ve also openly interfered in the country’s affairs, which violates the UN and OAS charters.

Fundamentals of the Trudeau Doctrine

The “Trudeau Doctrine” emphasizes its interpretation of Venezuela’s constitution. On a whole series of platforms the Prime Minister has cited “the need to respect the Venezuelan Constitution,” even responding to someone who yelled “hands off Venezuela” at a town hall by lecturing the audience on article 233 of the Venezuelan constitution, which he claims makes the head of the national assembly president. It doesn’t.

More fundamental to the “Trudeau Doctrine” is the mirage of a regional coalition independent of the regional hegemon. Ottawa founded the anti-Maduro “Lima Group” coalition with Peru. Amidst discussions between the two countries foreign ministers in Spring 2017, Trudeau called his Peruvian counterpart, Pedro Pablo Kuczynski, to “stress the need for dialogue and respect for the democratic rights of Venezuelan citizens, as enshrined in the charter of the Organization of American States and the Inter-American Democratic Charter.” But the “Lima Group” was established as a structure outside of the OAS largely because that organization’s members refused to back Washington and Ottawa’s bid to interfere in Venezuelan affairs, which they believe defy the OAS’ charter.

While many liberal Canadian commentators promote the idea that the “Lima Group” operates independently of Washington, their U.S. counterparts are not deceived. In a story titled “Intervening Against Venezuela’s Strongman, Trump Belies ‘America First’” the New York Times described U.S. Secretary of State Mike Pompeo’s influence over the “Lima Group” declaration of January 4 that rejected Maduro’s presidency. The paper reported that Pompeo is in “close contact with” Freeland “who has played a leading role in rallying global criticism of Mr. Maduro.”

The claim the “Lima Group” is independent of Washington conjures up a story Jean Chrétien recounts telling U.S. President Bill Clinton in My Years as Prime Minister: “Keeping some distance will be good for both of us. If we look as though we’re the fifty-first state of the United States, there’s nothing we can do for you internationally, just as the governor of a state can’t do anything for you internationally. But if we look independent enough, we can do things for you that even the CIA cannot do.”

While currently focused on Venezuela, the nascent “Trudeau Doctrine” has wider regional implications. Freeland has justified Canada’s aggressive interference in Venezuela’s affairs by saying “this is our neighbourhood” while Trudeau’s personal representative for the G7 Summits and recent appointee to the Senate, Peter Boehm told CBC, “this is our backyard, the Western hemisphere. We have a role here.”

Describing Latin America as “our backyard” is the language favoured by so-called Ugly American politicians seeking to assert the Monroe Doctrine. Latin Americans should beware of the emergence of Ugly Canadians promoting the “Trudeau Doctrine.” •

Yves Engler is the author of The Black Book of Canadian Foreign Policy, Left, Right: Marching to the Beat of Imperial Canada, and most recently Stand on Guard for Whom? A People’s History of the Canadian Military.