Join Us for a Day to Halt This Climate Crisis

Naomi Klein, Bill McGKibben, and others

On 20 September [through to September 27], at the request of the young people who have been staging school strikes around the world, we’re walking out of our workplaces and homes to spend the day demanding action on the climate crisis, the greatest existential threat that all of us face. It’s a one-day climate strike, if you will – and it will not be the last. This is going to be the beginning of a week of action all over the world. And we hope to make it a turning point in history. 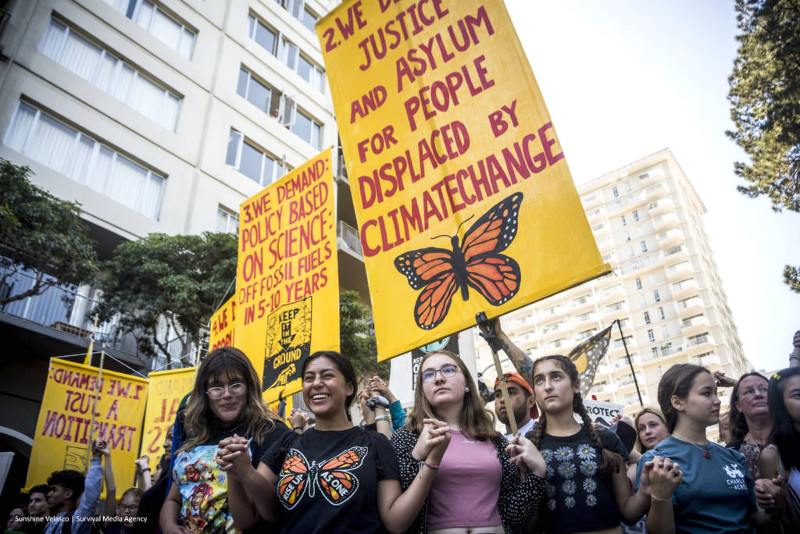 We hope others will join us: that people will leave their offices, their farms, their factories; that candidates will step off the campaign trail and football stars will leave the pitch; that movie actors will scrub off their makeup and teachers lay down their chalk; that cooks will close their restaurants and bring meals to protests; that pensioners too will break their daily routines and join together in sending the one message our leaders must hear: day by day, a business as usual approach is destroying the chance for a healthy, safe future on our planet.

We are well aware that, by itself, this strike and a week of international climate action won’t change the course of events. The good news is that we have the technologies we need – the price of a solar panel has plunged 90% in the past decade. And we know the policies to make them work: all across the planet some version of a Green New Deal has been proposed, laws that would speedily replace fossil fuels with the power of sun and wind, along the way providing good jobs and stabilising strong local economies. We salute the people – many of them young – working hard to pass those measures against the entrenched opposition of the fossil fuel industry.

The September day of global action is designed to support those people. We hope all kinds of environmental, public health, social justice and development groups will join in, but our greatest hope is simply to show that those working on this crisis have the backing of millions of human beings who harbour a growing dread about our environmental plight but who have so far stayed mostly on the sidelines. It may take a few attempts to get those kind of numbers in the streets, but we don’t have too long: our window for effective climate action is closing fast.

We know not everyone can join us. On a grossly unequal planet, some people literally can’t do without a single day’s pay, or they work for bosses who would fire them if they dared try. And some jobs simply can’t stop: emergency room doctors should keep at their tasks. But many of us can put off for 24 hours our usual day to day routine, confident it will be there when we return. We hope some people will spend the day in protest: against new pipelines, or the banks that fund them; against the oil companies and the politicians that spread their lies. We hope others will spend the day putting insulation in the walls of their neighbours’ homes, or building cycle paths. We hope everyone will take at least a few minutes in a city park or a farm field or on the roof of their apartment to simply soak in the beauty of the world it’s our privilege to protect.

Obviously this is a lot to ask. A day in the life of the world is a big deal, and all of us are used to our routines. But we’re not comfortable letting schoolchildren carry all the weight here – they need our backing. And disrupting our normal lives seems key – it’s normal life that is doing us in, the fact that we rise each morning and do pretty much the same things we did the day before, even amid an unfolding crisis.

We are the people who happen to be alive at the moment when our choices will determine the future for tens of thousands of years: how high the seas will rise, how far the deserts will spread, how fast the forests will burn. Part of our work must be to protect that future. •

How Are Unions Around the World Responding to the Youth-Led Climate Strike Calls?

When Swedish middle-schooler and climate activist Greta Thunberg decided one year ago on August 20, 2018 to skip school and instead stand outside the Swedish Parliament with a sign reading simply, “School Strike for Climate,” few could have imagined that her action would help catalyze a dramatic expansion and intensification of global climate actions led by young people, and a new wave of mobilizations under banners like Fridays for Future, Youth for Climate” and “Youth Strike 4 Climate.” 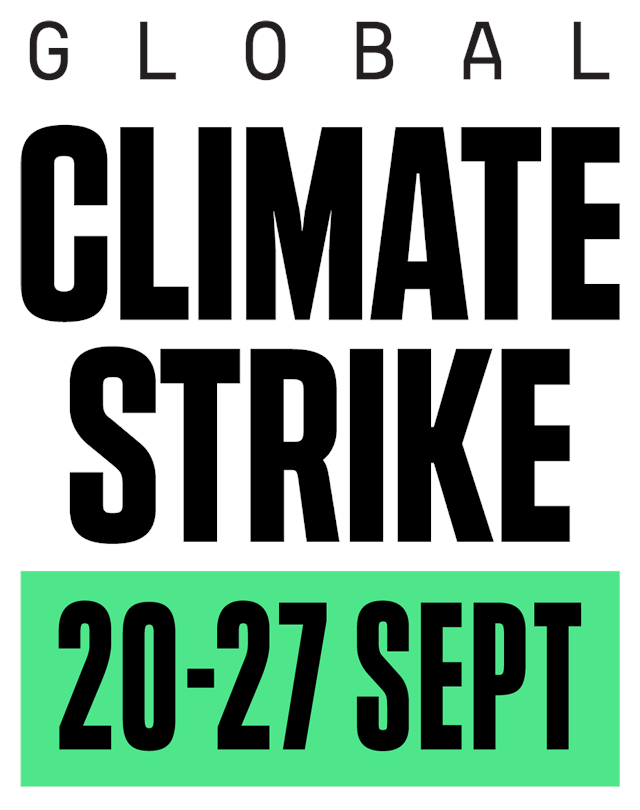 Of course Thunberg’s action built on the work of many young people and youth-led groups in recent years; nevertheless, her action caught imaginations around the world, much in the way that US Congress member Alexandria Ocasio-Cortez’ championing of the “Green New Deal” led to a new burst of interest in that idea. By December, while policymakers focused on COP24 in Katowice, Poland, young people organized demonstrations in at least 270 cities around the world, in countries including Australia, Austria, Belgium, Canada, Denmark, Finland, Germany, Japan, the Netherlands, Switzerland, the United Kingdom, and the United States, and others.

Emboldened by the participation in these protests and appropriately frustrated at the continuing failure of policy elites to demonstrate the willingness and ability to take decisive action to tackle the climate crisis, these students have now issued a call for a “Global Climate Strike”:

“Young people have woken up much of the world with their powerful Fridays for Future school strikes for the climate. As we deal with devastating climate breakdown and hurtle toward dangerous tipping points, young people are calling on millions of us across the planet to disrupt business as usual by joining the global climate strikes on September 20, just ahead of a UN emergency climate summit, and again on September 27.

“Together, we will sound the alarm and show our politicians that business as usual is no longer an option. The climate crisis won’t wait, so neither will we.”

As noted in the call, the two Fridays on which the strike has been called fall on either side of the “UN Climate Action Summit,” to be convened by UN General Secretary António Guterres on Monday, 23 September. In March 2019, Guterres had referenced the youth strikes specifically in making his call for the September summit:

“My generation has failed to respond properly to the dramatic challenge of climate change. This is deeply felt by young people. No wonder they are angry…

“I am calling on all leaders to come to New York in September with concrete, realistic plans to enhance their nationally determined contributions by 2020, in line with reducing greenhouse gas emissions by 45 per cent over the next decade, and to net zero by 2050.”

Many unions came out in support of the youth actions earlier this year. Some have issued statements in relation to the September call, and others continue to debate how to respond. The International Trade Union Confederation (ITUC) came out in support of the “Fridays for Future” protests in March 2019, and is listed as an official “international partner” for the upcoming September strikes.

Education International (EI) also issued a strong statement of support in March for the ongoing student actions, which read in part as follows:

“Education International welcomes the energy and engagement shown by students across the globe in their fight for climate justice. Their determination and commitment are exactly what we need at this crucial moment. Students are showing the leadership that too many politicians are lacking…

“Education unions stand with the students. We urge governments to make the necessary structural changes for a just transition toward a climate-resilient and low-carbon economy. Climate change is not combatted through the ‘good behaviour’ of consumers. Coordinated and sustained participation of students and workers and their representatives may be the first step toward climate justice. We stand by students in the demand for urgent climate action and a just economic transition.”

Also in March, the European Public Services Union (EPSU) issued a statement of support, and an EPSU group joined the March 15 demonstration in Brussels on the “global day of action”:

“We walked with school and college students and others, along with a large union block under the slogan ‘Workers for Climate’. Many other actions took place across the world and the EPSU Executive Committee on 12 March declared its support. Just after the Executive Committee we came together as part of a broad alliance to seek practical solutions to the market-based approaches to climate change and assert that forms of public and community ownership of our energy system are possible.”

It should also be emphasized that, for their part, the young people involved in this wave of mobilizations have shown increasing willingness to explicitly express solidarity with working people, and with organized labor in particular, as for instance in this statement from Australia, which includes the following:

“School strikers stand in solidarity with the union movement in its work to build a more equitable society and fight the unjust systems that are hurting people and our planet.

“The only way we stand up to the 1% holding us all back is by working together and showing up for one another when it matters most.” •