The Politics of Ecosocialism

Ian Angus is interviewed by Rebel News, a critical source of news and debate centred in Ireland. Ian Angus is an ecosocialist activist and the editor of Climate and Capitalism.

Rebel: The term ecosocialism is in widespread use now. Do you think it’s important that revolutionary socialists identify themselves as ecosocialists and what do you believe is the chief difference between ecosocialism and previous radical left traditions? 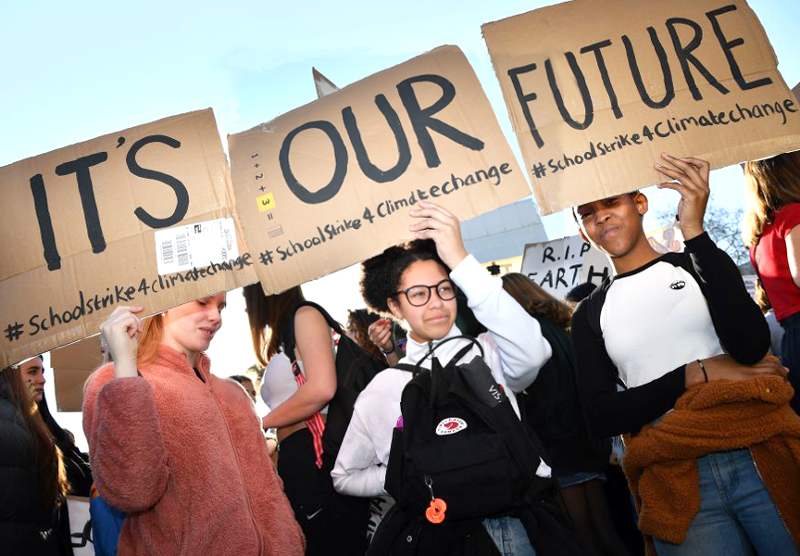 Ian Angus (IA): Marx and Engels were deeply concerned about capitalism’s destruction of the natural world, including river and urban pollution, and the degradation of the soil that all life depends on. For them, the word ‘socialism’ included those concerns and the need to overcome them. But in the 20th Century, most socialist organizations treated such matters as secondary, if they addressed them at all. Some even viewed massively destructive projects such as damming major rivers and plowing virgin soils as progressive in some sense.

So for many of us, defining ourselves as ecosocialists is a way of distinguishing our socialism from such environmental blindness. We are not saying that Marx and Engels were infallible or that they offer all the answers we need today – we are saying that they offered insights and analysis that must be relearned by the left in the 21st century.

Even more important, by calling ourselves ecosocialists we are saying that we don’t view the environment as just one of many equally important concerns, just another stick to beat up capitalism with. Ecosocialists recognise the global environmental crisis as the most important problem that humanity faces in the 21st century. If socialists don’t recognise its centrality, our politics will be irrelevant.

Marx famously said that people make their own history, but not under conditions of their choosing.1 Changing the world in the context of impending environmental disaster is a concrete example. Marx didn’t expect it, but that’s our reality. The way we build socialism, the kind of socialism we will be able to build, will be fundamentally shaped by the state of the planet we must build it on. Ecosocialism – in particular the Marxist wing of the ecosocialist movement – builds and acts on that understanding.

Rebel: Do you think the working class globally can be at the forefront of fighting climate change? There’s a perception that environmental politics has always been a middle class preoccupation and the fight against climate change is often presented as the need to give up things to save the planet or change individual behaviour. Can the working class be won to this fight?

IA: For half a century, the labour movement has focused its attention on ensuring that its members have jobs, just making sure that whichever industry they are in gets its share of government contracts and so on. So the unions see themselves as having a vested interest in pipeline building or drilling oil wells or whatever.

And it is not unreasonable for workers to want to keep their jobs. I live in Canada, people from some of the poorest parts of the country travel to work in the Alberta Tar Sands. After six months or a year they can go home, to a place where there are no jobs, and buy a house or pay off their debts. Telling those people, ‘don’t do that because you’re causing greenhouse gas emissions’ is a guaranteed way to turn them against the environmental movement.

However, the idea that working people don’t care about the decay and destruction of living conditions on earth, that they are only concerned about their pay cheques and other narrow economic issues, is both patronizing and insulting. Are workers somehow immune to the effects of rising temperatures, food shortages, new diseases, and worse? Of course not. Working people want their children to have decent futures, and will fight for that.

But they will not, and should not, support campaigns that blame them for the problems caused by corporations and governments.

Activists who want to win the working class to the fight – and that should be all activists, since we can’t win otherwise – have to clearly show the concrete effects of climate change, identify the real causes, and propose changes that don’t penalise the victims. Concrete proposals for a ‘just transition’ to a sustainable society are essential.

Rebel: One of the big issues here in Ireland, in fighting climate change, has been the question of carbon taxes, by which we mean taxes on oil, coal and gas to force ordinary people to adopt greener sources of energy. It never seems to mean taxing the profits of corporations or trying to get them to change their behaviour. What attitude do you think the left should take to carbon taxes that are aimed at increasing the costs of heating or transport for ordinary workers?

IA: Raising the cost of living for people who are already struggling to make ends meet is no way to build a movement!

The American climate scientist and activist James Hansen has proposed what he calls a ‘fee and dividend’ system, in which heavy fees are collected from energy companies at the mine, well, or point of entry, and all the revenue is distributed as dividends to the population on a per capita basis. He estimates that in the United States, 60 per cent of the people would receive more in dividends than they would have to pay in price increases. That approach could win wide support.

But it’s important to note that Hansen didn’t propose fee-and-dividend as a standalone measure. He argued that to be effective, it would have to be combined with an outright ban on tar sands oil, shale oil and gas, and methane hydrates, as well as the closure of all coal-fired plants. I would add free public transit, subsidized or free for solar power installations, and the like – measures that provide green alternatives for spending the dividends on!

So, as part of a broad program to reduce fossil fuel use and offer alternatives, something like Hansen’s plan could play a positive role, but I haven’t seen a standalone carbon tax program I could support. Most are simultaneously damaging to working people and too limited to have any effect on emissions.

Rebel: Your book Facing the Anthropocene sets out in stark terms what humanity is facing in the ecological and climate crisis, and the central message seems to be that capitalism and free markets are propelling the crisis. Do you think there is an audience in the mainstream environmental movement to accept that case or is there still a strong impulse to say that all people are to blame? Do you think that scientists have been quicker to accept that society needs radical and fundamental changes than many in the mainstream environmental movement?

IA: As socialists, we would like everyone to recognise the capitalist system as the prime driver of environmental destruction, but we are still a minority in a world where pro-capitalist ideas dominate. That includes the view that consumer choices control the economy, and that population growth as such causes environmental destruction. So we shouldn’t be surprised that many environmentalists share those views. The battle of ideas won’t be won quickly.

Having said that, I’ve been very pleased by the response to Facing the Anthropocene. It is now in its third printing, and is frequently cited by other writers. So we’re making some progress.

Recently Will Steffen, one of the world’s leading scientific experts on the new epoch, wrote that “industrial capitalists of the wealthy countries, not ‘mankind as a whole,’ are largely responsible for the Anthropocene.”2 That is still a minority view, of course, but I think anyone who seriously and honestly studies the scientific evidence is bound to come to radical conclusions.

Rebel: There is a widespread idea that science and technology can save us, that it always does, and that allied to capitalism it will deliver innovation to save the day. Your book highlights examples where we have come very close to catastrophic destruction because of capitalism in the past, as in the case of the Ozone layer. Do you think that sense of optimism is misplaced when looking at climate change? Can capitalism go green with renewables or can new technology save us?

IA: The issue is not whether abstract capitalism, the imaginary capitalism of economics textbooks, could under ideal circumstances function without fossil fuels. The issue is whether really existing capitalism, the system that dominates the world today, can make the necessary changes in time to prevent large parts of the world from being made uninhabitable. Mainstream economists have a religious faith in the ability of markets to solve any problem, but like other religions, those views have little basis in reality.

An actual solution will require a worldwide, planned program of carbon reduction lasting for decades. So long as the world is dominated by a system based on giant corporations that constantly compete to maximize profits, and on nation states that compete to protect those profits, such a program is simply not going to happen.

Even on a more limited scale, there is no sign that the high-emitter states are making any effort to implement the inadequate measures proposed under the Paris Accord. Eleven or twelve countries could actually make a difference, but none of them is really trying.

So there is little point in discussing what an ideal capitalism might do with ideal technologies. The real profit system is a giant obstacle to environmental progress, and there will be no permanent solution so long as it reigns.

That is not to say that we can’t win some gains without overthrowing capitalism. I would argue, in fact, that fighting for immediate reforms can delay major crises, and is a vital part of building the movement we need to win system change.

Rebel: There is also a widespread pessimism among many campaigners about how fast catastrophic climate change is unravelling; much of this is based on what scientists are telling us is happening in the earths systems and what is likely to happen in the next period with weather extremes etc. How do you respond to some of the scenarios that are painted?

IA: Every day in which nothing is done to slash emissions brings us a day closer to tipping points into irreversible climate chaos. Given the obdurate refusal of the big fossil economies to take action, I think it is very unlikely that we can avoid a 1.5 degree temperature increase in the next decade or two. I just don’t see how it is possible.

That will be disastrous for people in many parts of the world, and it will make it far harder to avoid a 2 or 3 or even 4 degree increase by the end of the century.

Some people seem to take a perverse delight in this, declaring that all action is futile, because we are doomed. Some even hail the extinction of Homo sapiens as a step forward.

I’m a socialist precisely because I believe in the fight for humanity’s future, even in the darkest hours. I remember Gramsci’s famous slogan, enunciated when he was dying in a fascist prison – “Pessimism of the intellect, optimism of the will!”

In my view that defines an ecosocialist attitude toward the global crisis. We know that disaster is possible, but we refuse to surrender to despair. If we fight, we may lose; if we don’t fight, we will definitely lose, and our grandchildren will pay the price.

Good or bad luck may play a role, but a conscious and collective struggle to stop capitalism’s hell-bound train is our only hope for a better world. •

Ian Angus is an ecosocialist activist, the editor of Climate and Capitalism the author of numerous books including A Redder Shade of Green: Intersections of Science and Socialism and Facing the Anthropocene: Fossil Capitalism and the Crisis of the Earth System.