Green Jobs Oshawa distributed this leaflet at the Unifor Constitutional Convention on Wednesday, August 21. It calls for government action to establish electric vehicle production in Oshawa, under public ownership.

Oshawa could be the manufacturing centre for battery electric vans and other vehicles, anchored by production for Canada Post and other federal, provincial, and municipal government bodies. This can happen, it needs to happen – and with enough political pressure from workers, the community, and environmental activists, we can make it happen. Maintaining vehicle manufacturing in Oshawa will meet three critically important goals.

“Transition all government vehicles in its fleet to electric vehicles (like Canada Post trucks/vans) over the next 5 years.”

GM’s decision to end vehicle production in Oshawa means the loss of over 5,000 direct jobs of GM and supplier company workers. The loss to the community is far worse – over 20,000 jobs.

Even with a massive campaign, Unifor was only able to secure a promise from GM to use part of the Oshawa plant to produce after-market parts. If GM delivers on this latest promise it will provide 300 jobs by the end of 2020. That is not enough for the thousands of displaced workers who will be looking for jobs, and it is not enough for the future of Durham region.

Vehicle production is central to our country’s economic health and welfare. We have already lost too much manufacturing capacity. Layoffs and closures threaten many of us in manufacturing and other industries. We need to maintain and rebuild manufacturing.

The climate crisis demands urgent action by our governments to convert to a sustainable economy. We need a Workers’ Green New Deal – “a massive government jobs program and investment in clean energy, green technology, and electrification”2 that must include just transition protection for workers whose jobs are affected and fair labour standards. 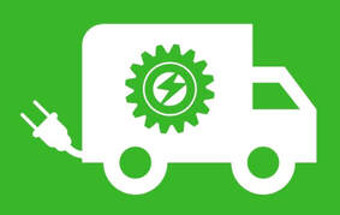 Only public ownership can provide the solutions. Corporate domination and control of our economy and many of our governments is the prime cause of job losses, precarious work, and accelerating greenhouse gas emissions from burning fossil fuels. Corporations will always act to maximize their own profit, not for the public good. GM is a prime example: their decision to end vehicle production in Oshawa was made to increase profits for wealthy shareholders. GM took billions in bailouts from public funds; forced massive concessions from workers and retirees; and outsourced jobs to supplier companies as a way to drastically cut wages, benefits, and pensions.

Outsourcing was also a way for GM to avoid responsibility for the consequences to workers and the community. Then they took their resulting massive profits and ended vehicle assembly in Oshawa anyway. If we leave it up to corporate decision makers, this will always be the result.

Be it resolved that the Ontario NDP stand with the people of Oshawa, Oshawa autoworkers, and autoworkers across Ontario in calling on the Provincial and Federal governments to maintain the manufacturing capacity at the Oshawa facility and explore alternative forms of ownership, including a new vision of a publicly owned facility that could produce green vehicles and/or any other product that meets public need in order to face the climate crisis and transition to a green new economy.

Overwhelming support for this resolution at the ONDP Convention shows the possibility of gaining broad public support.

It is time for workers to get back on the offensive and demand that governments act democratically in the name of the large majority of Canadians that are working class. Demanding public ownership can inspire and mobilize workers. Jeremy Corbyn’s commitment to placing rail, gas and water utilities under public ownership has been incredibly popular, and increased support for the UK Labour Party. Recent polling in Canada shows the potential here as well, with 72% support for a Green New Deal – up from 66% in April.

A just-released poll by Abacus Data shows majority support across Canada for bold government actions. 84% of Canadians would support or accept conversion of all government fleet vehicles to electric in 5 years. Oshawa can build those vehicles.

Our organizing so far has found broad public support from the labour movement, community members and environmental activists. The potential for dramatically expanding that support was demonstrated by the overwhelming endorsement at the recent Ontario NDP Convention for a bold resolution calling for “a new vision of a publicly owned facility that could produce green vehicles.”

We demand that governments maintain jobs in Oshawa by using public ownership to convert it to the assembly of electric vehicles – it can be the spark for Canada’s Green New Deal. •

What Can You Do?