Wet’suwet’en people have never ceded their land through treaty; like many Indigenous people they continue to practice relations of responsibility with the places and beings that give them life, including protecting them from ecological devastation. In January 2019, the RCMP raided Wet’suwet’en territories to end their blockade of the Coastal GasLink pipeline, which is meant to transport fracked gas from northern British Columbia to the west coast. Images of heavily armed RCMP forcibly removing and arresting land protectors in service of a planet-destroying fuel source was a stark reminder of how colonialism still reigns, even in an age of putative reconciliation. Immediately following the RCMP’s invasion, fierce protests powered by Indigenous people and settler allies sprung up across the country demonstrating solidarity with Wet’suwet’en land and water-protectors. Images of these solidarity events gesture toward real decolonization: honouring Indigenous law and governance over their lands. 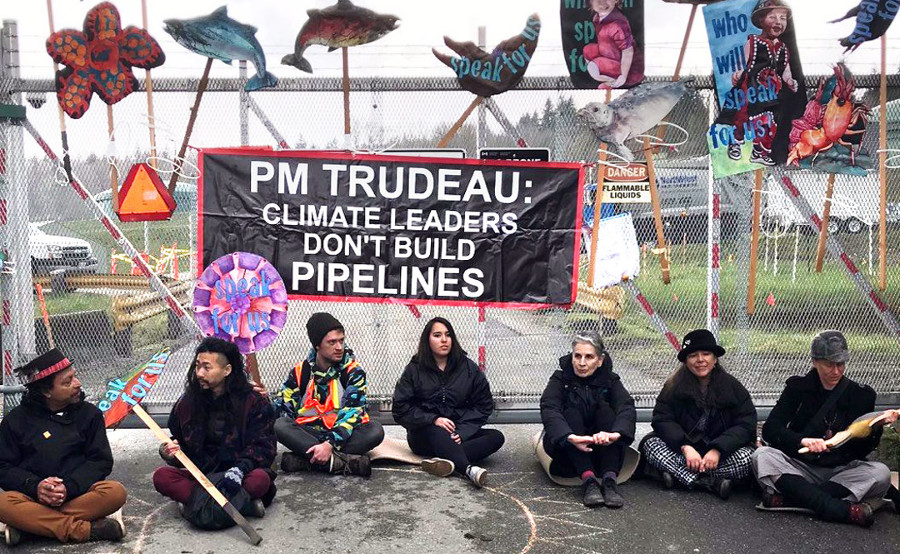 Many of us who participated in these events – whether Indigenous or settler Canadians – don’t know that we are owners of the very company violating Wet’suwet’en law: TransCanada. We own this company as “beneficiaries” of the Canadian Pension Plan (CPP).

The CPP was first created in 1966. In 1997, the Canadian Pension Plan Investment Board (CPPIB) was established to move the plan toward financial markets. It is now the largest pool of investment capital in Canada, totalling approximately $392-billion. The longstanding goal of the plan is to help secure dignified retirements for Canadians. But as the TransCanada example reveals, the CPPIB values settler futures considerably higher than Indigenous ones. All of us who pay into the plan contribute to this painful continuation of colonial devaluation and dispossession.

Almost simultaneously with the RCMP raids on Wet’suwet’en territories, people worldwide were horrified to learn of how Trump’s immigration policy pursued family separation and the imprisonment of children. In response, Canadian Prime Minister Justin Trudeau noted with disapproval that “obviously, this is not the way we do things in Canada.” And yet, this is precisely how we do things in Canada: we actively house children in immigrant detention centers and separate children from their parents who are detained there.1 Until recently, the CPPIB also invested in private prison companies in the US that run immigrant detention centers. This practice only stopped after successful protest. In other words, the CPPIB sought to generate value for some Canadians from the devaluation of immigrant life.

CPPIB’s tobacco company investments (such as Philip Morris) exemplify another facet of this vampiric feeding on Indigenous, racialized, and poor people’s futures. The great majority of smokers are from low-income families, and this is partly because the companies target lower-income neighbourhoods (with product placement in a disproportionate number of retailers, for example). By staying invested in big tobacco, the CPP is securing some futures by diminishing others.

All working Canadians who contribute can draw from the plan, but contributions and payouts are determined by income. In other words, higher-income earners end up benefitting more (and the plan is no help to those – mostly women – who do unpaid care work). The CPPIB is supposed to be securing dignified retirement for all waged Canadians, but its portfolio tells a different story; currently the plan helps to secure futures for more affluent settler Canadians at the expense of immigrants, Indigenous people, and poor people. And these latter two groups are required to pay into a fund that invests their futures away.

Furthermore, the billions that CPPIB has invested in fossil fuels threatens to undermine the ecological foundation of every Canadian’s future. But of course, Indigenous, racialized, and poor people – whether in Canada or worldwide – already bear the brunt of intensifying climate change. The Intergovernmental Panel on Climate Change (IPCC) cautioned in their most recent report that “limiting global warming to 1.5°C, compared with 2°C, could reduce the number of people both exposed to climate-related risks and susceptible to poverty by up to several hundred million by 2050.” And yet the CPPIB has over $4-billion invested in 79 of the largest fossil fuel (oil, gas, and coal) companies. The CPPIB’s current fossil fuel investments are incongruent with the earth’s carbon budget – the amount of carbon that human society can burn before the 1.5°C limit is reached. Even if you personally support strong action on climate change, your pension contributions are eating away at the future they are meant to secure.

At first glance, the CPPIB’s unjust investments are little different from Trudeau’s Liberals using tax dollars to buy a pipeline that violates Indigenous sovereignty while intensifying climate change (even if you vigorously protested the Kinder Morgan expansion, you now own it). A key difference, however, is that government budgets remain bounded by some democratic accountability. The electorate can still vote governments out – though the electoral process is highly constrained by concentrations of corporate power that shape outcomes with lobbying, media control, and campaign contributions. In contrast, the CPPIB’s portfolio is entirely free from democratic accountability; beneficiaries pay in and receive benefits, but have limited say over investments. Indeed, the CPPIB presents their “investment-only” mandate as a significant advantage: “CPPIB’s decisions are not influenced by government direction; regional, social or economic development considerations; or any non-investment objectives.” In other words, unsullied by democratic accountability the CPPIB is freed up to maximize profits no matter the social or ecological cost. Unsurprisingly, those costs are disproportionately borne by Indigenous, racialized, and working-class people. It is only when a bright light is focused on the Fund, like with the recent protests over their private prison investment companies, that their investment practices begin to consider more than profit.

As the country’s largest pool of investment capital, the CPP is a crucial engine of racial capitalism, colonial dispossession, climate injustice, and working-class immiseration in Canada and abroad. This reality is especially dispiriting since public pensions were the product of working-class organizing in the nineteenth and twentieth centuries. Now, worker retirement income is tied up in a system that undermines workers, Indigenous sovereignty, immigrants, and the ecological foundations of a generalized futurity.

It doesn’t have to be this way

The existential threat posed by climate change is reason enough to rethink many of our collective institutions, including pensions (which comprise over half of global investment capital). The Green New Deal being forwarded by the Sunrise Movement and Justice Democrats in the US is inspiring in this regard. Green New Deal visioning in Canada should include a definancialized and universal pension program that supplies dignified retirements for all – no feeding on some futures to secure others. 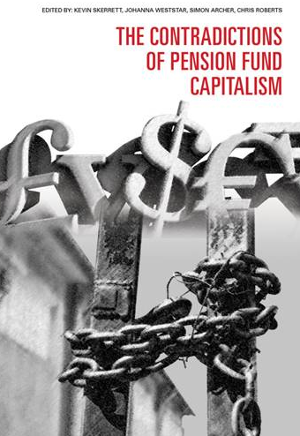 Kevin Skerrett (from the Canadian Union of Public Employees) and Sam Gindin (formerly from the Canadian Auto Workers) have done excellent work outlining the practicalities of such a plan, and their proposal for a new model does not rely on markets (shareholder returns from large corporations).2 It also dramatically increases benefits while extending them to those who have performed vital care work outside of the waged labour market. Their plan is funded through taxation revenue and beneficiary contributions and is entirely achievable. It is important to recall that the CPP only started relying on financial markets to secure retirements in 1997, and this can be undone. These markets and their pursuit of shareholder returns are the primary drivers of colonial dispossession, climate injustice, and capitalist exploitation; those of us who contribute to the CPP are forced accomplices to these exploits. Let’s organize into existence an alternative that is truly accountable to the futurity of all. •

This article first published by the University of Toronto Mississauga Blackwood Gallery.

James K. Rowe is an Associate Professor of Environmental Studies at the University of Victoria. He is a member of the Corporate Mapping Project.

Alexis Shotwell is a Professor in Carleton University’s Department of Sociology and Anthropology. She is the author of Against Purity: Living Ethically in Compromised Times.