Class Struggle Over Ways Out of the Crisis

Many commentators make Greece and other peripheral EU members responsible for the sovereign debt crisis. People in these countries would hav lived above their means and it was only right that they should tighten their belts now, the argument goes. Having postponed the necessary restructuring for too long, austerity would be the only solution to enforce liberalization and deregulation from the outside. In their impressive book Crucible of Resistance: Greece, the Eurozone and the World Economic Crisis (Pluto Press, 2013), Christos Laskos and Euclid Tsakalotos challenge these understandings and reveal the class dynamics underlying the crisis. In this article, I will provide a critical review of this book including also a discussion of potential ways out of the crisis. I will argue, in contrast to Laskos and Tsakalotos, that successful resistance may well start at the Greek, national level rather than the European level. 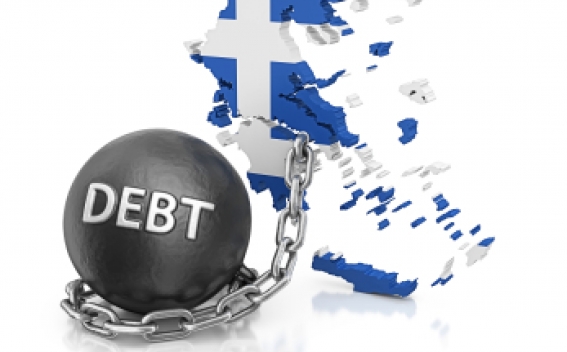 Mainstream explanations of the crisis argue that a “productive and efficient North had to bail out a South that was determined to keep its more consumer-oriented and leisurely lifestyle. The reforms necessary for challenging this state of affairs had not gone far enough – they never do in neoliberal accounts – and thus the crisis must be used to complete the reform agenda” (p. 80). Laskos and Tsakalotos successfully challenge the idea that Greece had not liberalized enough. In fact, neoliberal restructuring had been implemented across the economy “after 1996 under the leadership of PASOK’s new leader Kostas Simitis” (p. 22).

Importantly, however, and perhaps not surprisingly, neoliberal restructuring did not include any kind of new social contract, ensuring some degree of wealth redistribution. Instead, “modernizing strategies were crafted onto existing clientelistic arrangements rather than replacing them” (p. 4), thereby guaranteeing some kind of redistribution and social stability. “All capitalist social formations need mechanisms to spread the gains of the market to some less privileged social groups, and the clientelistic state was the preferred option of elites in Greece” (p. 41), the authors argue. In other words, rather than being an obstacle to neoliberalism, clientelism has been an essential part of restructuring in Greece.

Overall, the social consequences of restructuring were dramatic even before the crisis. “Promoting some of the key features of neoliberalism, in a society already ridden with unacceptable levels of inequality, was to lead not just to an accentuation of social problems, but also to a crisis of a political system seemingly unable to respond to the needs of ever wider sections of the population” (p. 24).

Causes of the Crisis and the Austerity Response

Rather than locating the causes of the crisis within Greece itself, Laskos and Tsakalotos identify problems in the global economy in general, and the unevenness within the European Union (EU) in particular. The role of Germany and its export-led growth strategy is clearly at the heart of the problem. “Germany depends quite heavily on demand generated within the rest of the European Union,” the authors point out. “In 2007, when the trade account was 8.15 per cent of GDP, some 4.44 per cent of GDP (i.e. 63.4 per cent of the trade account surplus) originated in Germany’s surplus arising from its export of goods to other EU countries” (p. 86). Importantly, this not because Germany’s production was based on higher levels of productivity based on new technology and working practices. “In Greece productivity increases actually outstripped those in Germany, especially in the later period. Rather, it is the German restrictive wages policy after 2000 that made it almost impossible for the periphery to compete” (p. 83).

When Greece faced bankruptcy in 2010 and 2012, bailout packages were provided, but they came at the cost of permanent austerity imposed by the Troika consisting of the European Central Bank, the Commission and IMF. As the authors make clear, austerity has not solved the economic crisis. Instead, a vicious circle of austerity-recession-more austerity commenced, undermining further Greece’s productive capacities. “Industrial production (manufacturing, mining, electricity) fell by 23.3 per cent between October 2008 and October 2012, widening the gap between Greece and its EU partners” (p. 104). Moreover, “between 2010 and 2012 almost 60,000 enterprises closed down each year” (p. 106). If economic recovery was not achieved, why was austerity continued? What was the real purpose behind austerity?

Laskos and Tsakalotos convincingly demonstrate that austerity has ultimately been a class project. It was used as opportunity by capital to strengthen its position vis-à-vis labour. It was used “as opportunity to finish the neoliberal modernizing project in terms of reducing wages and pensions, dismantling labour protection, and undertaking an even more radical program of privatization” (p. 103). The external role by the IMF, in co-operation with local elites, is crucial. “By the time of the second austerity programme, the IMF was making it clear that Greece should consider its competitors to include countries such as Bulgaria, and that consequently wage levels in the private sector still had some way to fall” (p. 111). An already highly unequal society was pushed into further inequality. “The adjustment programmes have raised inequality and poverty to new heights” (p. 131).

And yet, crises are also always moments of opportunity for progressive forces from the left. Resistance against austerity is noticeable in Greece. “Especially after 2010, social resistance to austerity included diverse forms of solidarity and initiatives to set up a parallel social economy: from social clinics and pharmacies to social groceries, and from the movement to cut out the intermediaries in agricultural production to various cooperative ventures” (p. 143).

At the organizational level, the authors highlight SYRIZA’s success at uniting large parts of the left on the basis of their strong engagement with social movements and concrete local struggles. SYRIZA’s “increasing engagement with the European Social Forum, and its support for Left unity to overcome the divisions of the past, provided the basis for a leftwards trajectory in which leftist Eurocommunist ideas played an increasingly significant part (p. 128). While Laskos and Tsakalotos highlight the dangers of an authoritarian turn, they also see the possibility of transcending capital. “For the first time in many generations the Left has a convincing interpretation of the present crisis, and that this can become a materialist force breaking old social alliances and forming new ones in favour of a strategy that begins the transcendence of capitalism itself” (p. 12).

In order to be able to balance capital’s class power, “this time round,” they argue, we need a Left which is more democratic, more participatory, and more aware that supranational problems need supranational responses” (p. 15). This requires new alliances across borders as well as the formation of broader movements. “Left strategies need to build on the experience of the labour, feminist, anti-racists and other movements such as those struggling against the commodification of social and public goods” (p. 142).

What Level of Resistance?

The authors firmly look to the European, supranational level for resisting austerity and transforming capitalism. And I agree, a strong and united left European movement for “Another Europe” would be the most desirable development. Unfortunately, however, this united movement at the European level has not emerged yet. The European Social Forum process has run out of steam and been discontinued. The Alter Summit process with a first meeting in Athens in June 2013 has not yet attracted a large following. The European trade unions led by the European Trade Union Confederation (ETUC) have finally agreed on a joint demonstration for 4 April 2014 and put forward their own plan for sustainable growth and quality jobs (see ETUC, 18/12/2013). In general, however, the ETUC is tied up in a social partnership ideology and working within the existing European institutions. Transcending capitalism is certainly not on its agenda.

The question then is why wait for a European level response, when perhaps the Greek national level offers a more immediate solution? Costas Lapavitsas and colleagues have put forward the strategy of a debtor-led default by Greece including also an exit from the Eurozone. Critics of this strategy argue that while a depreciating new currency after the exit may boost exports, it would also imply that state debt denominated in Euros would rocket sky high aggravating an already difficult situation (e.g. Toporowski, 2013). And yet, these critics overlook Lapavitsas et al’s flanking measures. Key policies of such a programme would include: (1) a unilateral suspension of payments; (2) a public audit of debt following suspension of payments to identify which part of national debt is actually legitimate; (3) a deep “haircut” for lenders (Lapavitsas et al, 2012: 130-1) and (4) an expansion of the tax base to include the rich and capital more generally (Lapavitsas et al, 2012: 135). To avoid an immediate crisis of the financial system, “there would have to be extensive and decisive government intervention. In Greece this would certainly mean extending public ownership and control over banks, thus protecting the banks from collapse and preventing depositor runs. Under public ownership, the banks could act as levers for root and branch transformation of the economy in favour of labour” (Lapavitsas et al, 2012: 132; see also Crisis in the Eurozone, Part II – progressive ways out of the crisis!).

Alternatively, what would happen if resistance in Greece itself is so strong that the government, together with the Troika, is unable to enforce austerity further? It is foreign banks, especially German and French private banks, which are heavily exposed to Greek debt. A stop to austerity in Greece would first and foremost threaten these banks and then the overall European financial system. The whole strategy of austerity would suddenly be questioned and may well unravel. Could we not envisage a chain reaction in such a situation where resistance elsewhere may be encouraged and then eventually lead to a European-wide movement?

Ultimately, these questions will be decided by concrete practice, by class struggle. The clarity with which Laskos and Tsakalotos present their analysis and outline the challenges is impressive, their discussion of ways forward highly stimulating. I strongly recommend this book for reading to all those interested in moving toward “Another Europe.” •