Two Transitions in Brazil: Dilemmas of a Neoliberal Democracy

This article reviews the background and the implications of two transitions in Brazil: the political transition from a military regime (1964-85) to democracy (1985-present), and the economic transition from import-substituting industrialization (ISI, 1930-80) to neoliberalism (1990-present). It subsequently examines how neoliberal economic policies were implemented in a democracy, under the centre-right administrations led by Fernando Henrique Cardoso (1995-98, 1998-2002), and the centre-left administrations led by Luís Inácio Lula da Silva (Lula,
2003-06, 2007-10) and Dilma Rousseff (2011-present). The article concludes with a reflection about the limitations of these policies, and of neoliberal democracy more generally.

National Developmentalism and its Disintegration

ISI is a system of accumulation based on the sequenced expansion of manufacturing industry, with a view to replacing imports. Manufacturing growth usually departs from the production of non-durable consumer goods and, later, includes durable consumer goods and simple chemical products. In Brazil, ISI reached a third stage, including such technologically complex goods as steel, advanced machinery and jet airplanes. Through this process, the share of agriculture in GDP declined from 36 per cent, in 1910, to 10 per cent, in 1980, while the share of manufacturing increased from 14 to 41 per cent of GDP. These structural changes were associated with rapid per capita income growth (above 7 per cent per year between 1950 and 1980), and with the tendential deterioration of the distribution of income.

Despite its achievements, Brazilian ISI was limited at five levels: the balance of payments constraint, financial sector inefficiency, fiscal fragility, high inflation, and lack of policy co-ordination. These limitations help to explain the volatility of the economic growth rates and the reproduction of severe social and economic problems in the country, including political instability, insufficient infrastructure provision, the concentration of income and the reproduction of mass poverty. Given these fragilities, the adverse external shocks of the 1970s-80s made macroeconomic management extremely difficult. The country’s mounting balance of payments, fiscal and exchange rate troubles culminated in a gradual slide toward hyperinflation, which peaked only in the mid-1990s. Social conflicts and political instability increased in tandem.

Between the early 1970s and the early 1990s, the Brazilian elite convinced itself that the restoration of economic dynamism would be compatible with the reproduction of social exclusion only through the introduction of a new system of accumulation, including neoliberal economic policies, the integration of domestic capital into transnational accumulation, a decisive role for finance in economic policy-making, and political democracy.

The Political and Economic Transitions

The military regime disintegrated gradually after 1974, due to the political exhaustion of naked repression, and the economic exhaustion of its growth strategy. The forms of political contestation encompassed critiques of the regime’s corruption and lack of accountability, trade union militancy, the ballot box, and mass mobilizations for democratic reforms. Nevertheless, Brazilian democracy did not emerge through the destruction of the dictatorship (as was the case, for example, in Argentina). Instead, the military and the traditional elites ultimately reached a pact to deliver political freedoms, in exchange for the preservation of elite privileges. Under these limited conditions, the democratic transition established the most open and stable regime in the history of the Republic.

This political transition was followed by an economic transition to neoliberalism. Successive waves of ‘reform’ between the late 1980s and the early 2000s included the liberalization of trade, finance and capital flows, the institutionalization of contractionary fiscal and monetary policies, extensive privatizations, the ‘flexibilization’ of labour law and the promotion of alliances between foreign and domestic capital. These reforms brought efficiency gains through new (labour-saving) production methods, subcontracting, and the shift of the product mix toward lower value added goods, leading to extensive deindustrialization in the traditional manufacturing regions. Although manufacturing productivity rose by 7.6 per cent annually between 1990-97, manufacturing employment declined by 40 per cent, leading to the loss of 1.5 million jobs. Low aggregate demand depressed both investment and growth rates: per capita income rose only 2.7 per cent per annum between 1981 and 2003, and Brazil fell from being the world’s 8th largest economy, in 1980, to 14th place, in 2000.

Poor economic performance was accompanied by rising unemployment and the informalization of the labour market. The outcome was the reduction of the share of labour in national income from 50 per cent, in 1980, to 40 per cent, in the mid-1990s. The regressive policies securing the neoliberal transition were consolidated into a durable macroeconomic policy regime in 1999, centred on inflation targeting, large fiscal surpluses, liberalized capital flows and the managed fluctuation of the currency.

Lula was elected president in 2002 by a coalition of social groups that had, in common, only the experience of losses under neoliberalism: the organized working-class, the domestic bourgeoisie, large sections of the traditional oligarchy and sections of the middle-class and the informal proletariat. These disparate supporters had few objectives in common beyond more expansionary macroeconomic policies and some redistribution of income, and they did not support a radical break with neoliberalism.

The first Lula administration preserved the macroeconomic policies introduced by the previous administration, but raised the minimum wage rapidly, and expanded the federal programmes of social assistance. However, GDP growth rates remained patchy, and most social and employment indicators failed to improve significantly. After his re-election, Lula introduced a strategy of ‘national economic development,’ based on the co-existence of the previous macroeconomic policy framework with neo-developmentalist (heterodox) policies. Given the favourable external environment created by the commodity boom, the government’s expansionary and redistributive fiscal and financial policies supported the rapid growth of domestic demand and investment. These policies were intensified in the wake of the global crisis, which the country weathered brilliantly (GDP growth in 2010 reached 7.5 per cent), and continued by Lula’s chosen successor, Dilma Rousseff.

The pattern of growth in the Lula and Dilma administrations was unquestionably pro-poor. Twenty-one million jobs were created in the 2000s, in contrast with 11 million in the 1990s; the Gini coefficient fell from 0.57 in 1995 to 0.52 in 2008; the incomes of the bottom decile rose by 91 per cent between 2001-09, while the incomes of the top decile increased by 16 per cent. Incomes rose by 42 per cent in the poorer Northeast against 16 per cent in the richer Southeast, and more in rural than in urban areas. Female income rose by 38 per cent against 16 per cent for men, and the income of Blacks rose 43 per cent against 20 per cent for Whites, and the population below the poverty line fell from 36 per cent in 2003 to 23 per cent in 2008. Lula’s approval rate reached 90 per cent at the end of his second term, while Dilma Rousseff broke popularity records during most of her administration.

Despite these achievements, the Brazilian economy has slowed down since 2011, for three reasons. First, government policies have failed to kick-start self-sustaining growth driven by private investment. Second, the balance of payments has deteriorated because of the slowdown in Brazil’s main markets (China, the EU and the U.S.), sluggish commodity prices, currency devaluations and export-led strategies in several large economies. Third, the domestic currency has been vulnerable to shifts in capital flows due to economic policy shifts in the advanced economies.

This article has reviewed the economic and political transitions in Brazil, and traced their macroeconomic implications in the ‘age of neoliberalism.’ The two transitions have largely dismantled the production systems established during ISI and the corresponding social structures and
patterns of employment. The Brazilian economy has become structurally more dependent on foreign trade, investment and technology, and the
country’s productive base has shifted away from the long-term requirements of national accumulation, and toward the short-term imperatives of global accumulation. These outcomes were tempered but not fully reversed by the federal administrations led by the Workers’ Party. 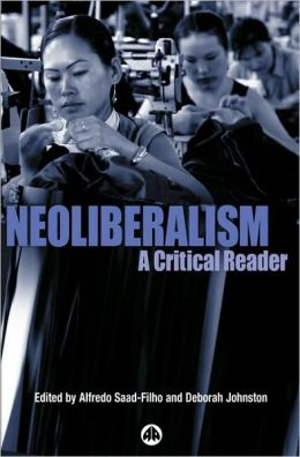 At the political level, democracy has become established as the political form of neoliberalism in Brazil. The symbiosis between neoliberalism and
political democracy operates at three levels. First, the economic transition to neoliberalism was achieved through, and validated by, democratic means. Second, neoliberal policies have supported the democratic regime because they fragment the working-class through higher unemployment, faster labour turnover, the repression of trade union activity by economic (rather than crudely political) means, and the rise of economic insecurity. Third, democracy is the best political regime for neoliberalism because it guarantees the stability and predictability of the ‘rules of the game,’ making it more easily managed by the dominant (moneyed) elite.

Despite these structural limitations, the Lula and Dilma administrations have achieved significant gains for the workers and the poor. Such progress has been important, but it remains insufficient to satisfy the distributive and democratic aims of the Brazilian workers and the left. Brazil remains one of the most unequal countries in the world and, clearly, more could have been achieved since 2003. However, the severe obstacles faced by Lula’s and Dilma’s administrations suggest that a more ambitious agenda would have been feasible only through the mobilization of the working-class to confront the traditional elites and the aggressive deployment of public resources to fund faster welfare gains and deliver strategic investments. These destabilizing options were never considered by these administrations, which have chosen, instead, a gradualist strategy supported by minimal legislative and regulatory changes. •