The Associated Press’s Robin Hindery reported on October 29, 2010 that the AP had found a remarkable fact: communities across the U.S. have been raising their local property taxes. The AP surveyed 39 states and studied 2,387 revenue measures that came before town, city, and county voters. In most of those elections, voters favored measures that raised their own property tax rates. Voters wanted to support their local schools and other services provided by local governments. The AP began Hindery’s story as follows: “Forget all the talk about voters being fed up with high taxes.” 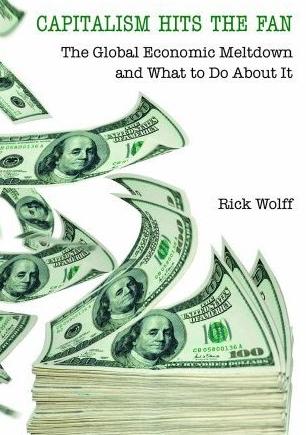 So much for the surface of the story; just below it lie some facts about yet another huge mass of victims of capitalism’s current crisis. High unemployment and falling home prices have combined to reduce the tax revenues of all 50 states and likewise the local property tax revenues of most cities and towns. The states have usually responded by cutting, among other outlays, their often substantial aid to cities and towns (helping to pay for public schools and many other local government services). So everywhere local governments are suffering doubly: reduced property tax revenues from local property owners and reduced state aid. This has forced thousands of local communities to lay off thousands of workers. In September 2010, for example, local governments across the U.S. fired 76,000 workers, thereby offsetting the 64,000 additional workers hired by the entire U.S. private sector that month. Many more cities and towns drastically cut their provision of local services – just when people need more not less of them precisely because of the same crisis.

Our citizens have become desperate to hold on to at least minimum levels of the local government services they rely on every day. In response, local governments have given their voters the option of raising their local property tax rates to pay for saving their services. And, as the AP reports, most are choosing to do that: to tax themselves extra to offset the costs of the economic crisis. Put plainly, in our economic system, its deep crisis has led local people to raise their own taxes to slow the shrinking of their local government services.

Yet that is not the worst part of this story. Local property taxes in the U.S. are among the nation’s most regressive taxes. That means they fall on people regardless of their ability to pay. Where the federal government and most state governments have a more progressive tax system that requires upper-income earners to pay higher tax rates than lower-income earners, local property taxes do not work that way. For example, all homeowners usually pay the same rate of property tax, likewise all commercial and industrial property-owners.

The result: the economic crisis is shifting an inequitable tax burden even more onto the shoulders of those least able to afford it even as they struggle to cope with the direct effects of the crisis (unemployment, foreclosures, etc.). This is yet another way in which the costs of a capitalist crisis are shifted from those who caused it to those already victimized by it. Hence the sad spectacle of people voting in local elections to reduce this disaster by further taxing themselves rather than changing a system that works like this.

Capitalism proves itself to be a system whose workings not only generate repeated and often severe economic crises. It also systematically shifts the costs of that instability down the social scale to the majority in the middle and bottom. •

Rick Wolff is a Professor Emeritus at the University of Massachusetts in Amherst and also a Visiting Professor at the Graduate Program in International Affairs of the New School University in New York. He is the author of New Departures in Marxian Theory (Routledge, 2006) among many other publications.