Throwing Sand into the Money Machine

Throwing sand into the machinery of financial markets was the goal Attac Germany set itself when it was founded 20 years ago. A financial transaction tax (FTT) was one of its core demands. Indeed, this provided the name for the original French organization that was founded two years prior: Association pour une taxation des transactions financières pour l’aide aux citoyens. 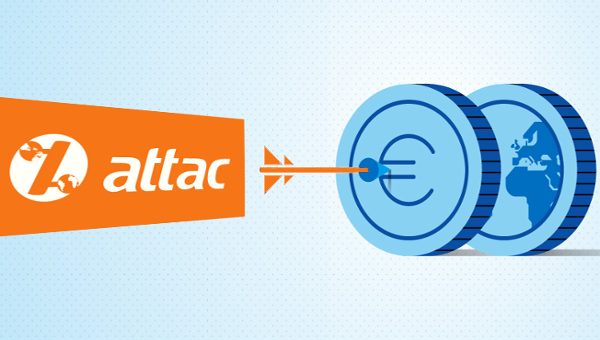 Few are aware of the cumbersome name behind the acronym. Today, only a small core of activists remember that it was the economist James Tobin, in 1978, who presented the idea for such a tax to the exclusive circles of fellow policy advisors. It was only twenty years later that Ignacio Ramonet, the former editor of Le Monde Diplomatique, introduced it to a critical public as a means of “disarming financial markets.” And to great success, not the least because the idea of an FTT was so contentious that it became one of the crystallization points for the anti- and alter-globalization movements.

The discontent with globalization remains, however, this is now expressed less in demands for the regulation and reconfiguration of the economy than in the desire for a national homeland that is harmonious and free of foreigners. Attac in Germany has adjusted itself to this new setting. During its 20th anniversary celebration in St. Paul’s Church in Frankfurt, talk was of democracy, human rights and the dangers of a new fascism. The disarming of markets was not on the agenda. The issue has largely disappeared from public discussion, and instead, has ended up in the parliamentary legislative mill.

In 2011, the FTT was taken up by the European Union. Showing some receptiveness to the idea at the height of the Euro crisis was certainly good PR. However, what was decided upon instead was a fiscal-pact for the socialization of the losses incurred by the large financial corporations. The idea for an FTT has since then been adopted by Germany’s social democratic finance minister Olaf Scholz, who is aiming at a type of pact between financial markets and the welfare state. The revenue from an FTT would be used to finance the public pension system. However, the manner in which he is proceeding could see his plan quickly fizzle out.

The idea for an FTT can be traced back to the end of fixed-exchange rates characteristic of the Bretton Woods era. The transition to floating exchange rates led to a rapid increase in currency speculation. During the period of fixed-exchange rates, foreign currency was sought after primarily for the financing of foreign trade and investment. Accumulating foreign reserves was another reason to buy foreign currencies. With the introduction of floating exchange rates, speculators started purchasing foreign currencies in the expectation of their appreciation. If this comes to pass, the foreign currency can be sold at a profit in the local currency. As more foreign exchange transactions become the object of speculation, exchange rates become determined more and more by the rumour mill, and as a result, so-called economic fundamentals such as differences in productivity, wages, and inflation lose their importance.

This makes it difficult for firms interested in longer term trade relationships and foreign investment to calculate costs, revenues and profits. Changes in exchange rates caused by speculation can result in businesses that were lucrative only yesterday to suddenly take on losses. Fluctuations in exchange rates can, of course, be insured against but only by incurring additional costs. One can also speculate against the onset of an insured event or even buy paper that yields an earning in the case of a devaluation. There are many incentives not to invest long term in production and in the trade of goods and services, but rather, in short term profits from speculation.

The problem, according to Tobin, is not flexible exchange rates per se. After all, the Bretton Woods regime collapsed because the divergent development in wages, productivity and inflation in the emergent export economies of Germany and Japan, versus that of the leading power of the United States, did not lead to an adjustment in exchange rates. Instead, the trade surpluses of Germany and Japan metamorphosed into ever larger holdings of dollars, while the United States saw its foreign exchange reserves disappear. The exchange rates established under Bretton Woods were no longer sustainable. Tobin was looking for a way to allow for an adjustment in exchange rates based on the changed fundamentals but at the same time, avoid speculative activity leading to exchange rates not reflecting economic fundamentals. A foreign exchange sales tax of less than one per cent seemed to him to be the appropriate solution. It could be collected without much effort, would only marginally weigh on one-time currency transactions linked to trade and investment, yet would remove the profit incentive for currency speculation on even the smallest rate changes.

Financial markets only came into the crosshairs after Tobin suggested a sales tax on currency transactions. In view of dramatically increasing revenues and the steady expansion of tradable financial papers, the Tobin Tax was expanded into an FTT. Next to currency trading, it was also to encompass the trade in shares, bonds and derivatives.

Whether it is a currency transaction or a financial transaction tax, at the base of both proposals lies the notion that financial markets have become decoupled from the so-called real economy of the production of goods and services, but that, nevertheless, a stock market crash, if it happened, would impact negatively on the real economy. The global economic crisis of 2008-09 provided the empirical evidence for this argument: It began with massive payment defaults in the mortgage sector. As a result, countless derivatives based on mortgage loans were transformed into junk paper. Credit taken on to purchase such derivatives could no longer be serviced. Banks became cash-strapped. Without state largesse and central bank money the entire economy faced collapse.

Nevertheless, the story of a “decoupling and strike back effect” doesn’t quite pan out. It assumes a stable real economy that is only thrown out of balance when the promise of fast money lures investors on to the stock market which then takes on an independent existence. The independent life of stock markets is not disputed; the question is, however, whether this is a result of deregulation or whether deregulation is itself a result of problems in the real economy.

What is to be done with hard-earned money when there are not enough profitable investment opportunities? On the one hand, some markets are saturated; on the other, purchasing power on other markets is lacking. On one side, wages are too high; on the other, environmental restrictions too strict. Somehow, the spread between revenues and costs are always too slim. What could be more obvious than to temporarily park money on the stock markets and wait for better times. However, if enough money is concentrated in financial markets, it transforms into political power – not only to guard against demands for regulation like the FTT, but also to push through cost reductions and the opening of new markets in the real economy.

This is where Scholz’s plans for taxing the stock market comes into play. In place of a comprehensive tax on all types of financial transactions, he proposes a tax on company shares. The revenue from this tax would finance the plan for a basic pension that the Social Democrats negotiated into their coalition agreement with the Christian Democrats.

The proposal builds on a rather timid critique from the left of globalization. It would act as a stabilization measure that would serve the interests of the world of finance and it would be sold to the general public as old-age security. The response has been decidedly modest.

Investor interest groups criticize the proposal by pointing out that the already small demand for shares of private pension plans would be further dampened. Some financial lobbyists mockingly point out that the large revenue streams, foremost from trade in derivatives, would be spared. If there were even the slightest chance that Scholz would take this criticism to heart and propose a more comprehensive FTT, responses would be very different. Lobbyists would call for the defense of the free movement of capital and warn against heavy-handed state intervention. Luckily, a comprehensive FTT is not in the cards. Concerns about pensions are a sham. 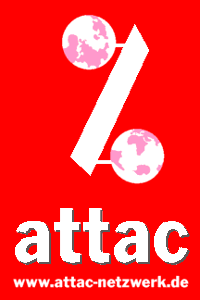 Financial brokers want to sell their slips of paper. Whether Grandma or Grandpa are able to pay their rent from the proceeds matters to them not a bit. Perhaps it has not even dawned on the lobbyists that Scholz’s proposal actually represents a type of revenue-securing measure for the financial industry. Former social democratic labour minister Walter Riester wanted to create an incentive for private pension provisions that would lessen the burden on public pensions and open new markets for the financial world. He failed utterly in this. When it comes to matters concerning pensions, even people who would otherwise risk one or two euros on the stock market would rather place their trust in the Bismarckian pay-as-you-go system than in financial jugglers. In place of Riester’s incentive Scholz is offering up state-prescribed dependence on financial markets. Whomsoever wants a basic pension must hope for high turnovers on the stock market.

Tobin wanted his proposal for a tax on currency exchange to be calculated in such a way that the inducement to shortterm speculative profits would slip away and foreign exchange market turnovers would sink. With this intention Tobin’s plan differs radically from Scholz’s plans, which would result in a tax rate so low that it would not impact stock market revenues. Only in this way could tax receipts be secured for the long run, provided there is not another financial and economic crisis. Fear of this focuses the minds of the rich, who have something to lose, as well as of the poor, who will have to bear the burden of the coming crisis.

It is quite likely that Scholz’s plans will be swept off the table by the crisis that is just unfolding. Whether the issue of a financial transaction tax will once again be taken up is uncertain. Alternatives to financial capitalism, with its built-in crisis dynamics that are capable of social mobilization, are what the Left needs to put on the agenda again. The upsurge of the Right in the last few years is, after all, also the result of the inability of implementing leftwing alternatives to capitalist globalization after the last great crisis. •