The Alberta United Conservative Party (UCP) Premier and his Minister of Education Adriana LaGrange have announced they are redirecting $128-million of K-12 education funding to the province’s COVID-19 response, following their decision to close schools on March 15th. Ms. LaGrange said “COVID-19 has changed both how we provide student learning, and the operational needs of the education system.” 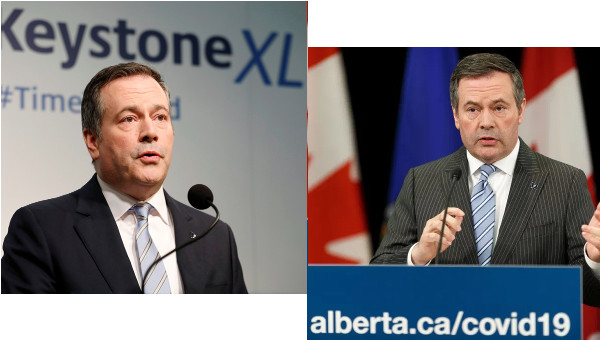 The result will be the layoff of 25,000 education workers across the province, 16,000 of them educational assistants. The Minister’s press secretary said “[a]ny staff who are affected by this temporary funding adjustment are encouraged to apply for the federal government’s enhanced employment insurance program, as well as other support programs for Canadian workers.” Most of these workers, including office employees, were engaged in preparing online education resources for students. Principals and office workers were reaching out to families to assess the level of technology that families have available. In particular, the educational assistants were working hard preparing learning packages for students with special needs, many of which were going to be delivered to homes of students without access to technology.

“This is pure cruelty,” Sarah Hoffman, NDP Opposition Critic for Education said in a statement. “Jason Kenney is doing harm to students with complex needs, their families, and to tens of thousands of Alberta workers.” The NDP said this announcement comes just days after the UCP’s austerity budget would be cutting funds to post-secondary schools and municipalities in the province, resulting in thousands of layoffs: “Instead of standing by these hardworking Albertans, as he has asked private employers to do, Jason Kenney is pushing thousands of people onto a massively overwhelmed federal program.” They will also lose their benefits and salaries if they are laid off.

Former NDP Premier, Rachel Notley said, “The decision to cut education funding is unconscionable – this is going to harm kids. Period. Also you’re asking employers to stand by their employees but you won’t even do it yourself?” The Canadian Union of Public Employees (CUPE) also responded, saying the UCP’s decision was “very dismissive”… “heartless and thoughtless” and would have a “devastating effect.”

A statement from the Edmonton Catholic School Board said, “Our support staff are amazing,” that they were “…blindsided, and it will negatively affect student learning. Some of our students who have special needs, for example, EAs provide great service and support to these kids. Certainly, we have concerns about how we are going to continue to support these learners.”

Could something like this happen in Ontario? School Magazine asked this question of Toronto District School Board (TDSB) media staff who said such a move would be the province’s call. Ministry of Education press officers haven’t responded to enquiries.

Support for the Oil Industry

The Alberta Premier then turned around and committed $7.5-billion in government funding to the oil industry, investing $1.5-billion directly and guaranteeing a $6-billion loan to get the Keystone pipeline built. Its purpose is to ship highly toxic tar sands oil to Texas. This comes at a time when oil is not doing well; the price is crashing to less than $5 a barrel – less than the cost of a pint of beer – and oil insiders predict “energy market Armageddon.” Here’s what Andrew Grant, of the influential UK think-tank Carbon Tracker, said about propping up the oil industry: “It’s not a bet I would want to make.”

Yet, Mr. Kenney claims the pipeline is a much-needed employment generator during a time of unprecedented economic havoc. This is the climate in which mining giant, Teck Resources, decided not to build its Frontier mine, and is considering closing another one. Premier Kenney said the pipeline would generate 1,400 direct and 5,400 indirect jobs – ironically, far fewer jobs than his education layoffs.

A third disastrous measure has been to cut doctor’s salaries by 30%, forcing them to lay off staff in 400 clinics, cut the number of services they deliver and pull back on the subsidies formerly paid for malpractice insurance. Some have been forced to close their practices. The UCP government also wants to pay doctors 20% less for the services they deliver in hospitals. A number of doctors have decided to seek employment in other provinces, and are already receiving offers. This has delivered a real blow to the quality of public healthcare, with a number of vital services, such as obstetrical care, unavailable to many.

Jason Kenney stands alone among Canadian premiers as one who cuts jobs and services in the midst of this pandemic.

To top it all off, his United Conservative Party (UCP) just rushed a – very likely – unconstitutional new bill through the Legislature on April 2nd. Bill 10, the Public Health (Emergency Powers) Amendment Act enables any current Alberta government minister to create and implement laws without consultation. It was introduced on March 31 and pushed through the Alberta Legislative Assembly less than 48 hours later. It stays in place as long as a public health emergency is declared.

The Justice Centre for Constitutional Freedom (JCCF) says that the new law, “… gives sweeping and extraordinary powers to any government minister at the stroke of a pen. It means that any single UCP politician can now write, create, implement and enforce any new law, simply through ministerial order, without the new law being discussed, scrutinized, debated or approved by the Legislative Assembly of Alberta.” A single cabinet member can, unilaterally, impose laws on Albertans if she or he thinks they are in the public interest. It is a great opportunity for a government to push forward its agenda.

The JCCF adds: “Further, the law can be made retroactive to the time when the public health emergency was declared. It means the government has the right to create new offences without oversight. It also increases the maximum penalties under the Public Health Act from $2,000 to $100,000 for a first offence, and from $5,000 to $500,000 for a subsequent offence. There is no time limit.” The Centre argues that the people of Alberta have a constitutional right to representation, particularly over laws that might affect their civil liberties. Those people haven’t given the UCP government a mandate to go this far.

One legal opinion is that any superior court justice would throw out this law in short order.

Rather than helping people out in the most challenging time of our generation, the UCP government of Jason Kenny prefers to kick people while they are down. This looks a lot like the sort of dictatorial overreach that cynical governments can use when people face the shock of rapidly changing threats like the COVID-19 pandemic. Crises can bring people together, but they also enable unscrupulous governments to turn a bad situation to their purposes. Shockingly, Kenney still plans to lay off as many as 6000 nurses, paramedics and lab technicians after the pandemic crisis passes. It is why we need to keep a close watch on governments at all levels. •

David DePoe is an activist and teacher retired from the Toronto District School Board.