The Right to Mobility

The idea of mobility as a human right has come to be synonymous with private transport. For decades, the car has come first: what right does any government have to encroach on the freedom and autonomy of individual motorists? Labour governments have done little to challenge this notion since mass car ownership took off in the 1960s, and it’s only now, embracing the challenge of achieving zero carbon emissions as soon as is practicable, that Labour has recommitted itself to decent public transport. 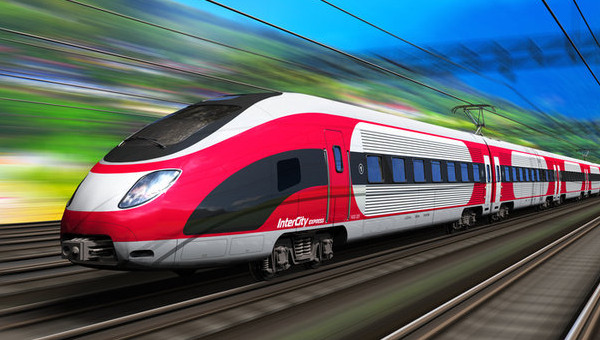 Its 2019 manifesto states that “Labour will build a sustainable, affordable, accessible and integrated transport system, founded on the principle that transport is an essential public service.” While it may be an essential service for millions of people – whether or not they have a car at home – public transport has been treated as the cranks’ option since 2010 by a Conservative government that has built more roads than at any point since the early 1990s while permitting the desecration of the bus network.

Relative to this country’s wealth and population density, public transport cannot afford to get worse. Three thousand bus routes have been lost since 2010 as local authority subsidies to services dropped by 45 per cent. The number of miles travelled by bus fell by nearly five per cent between 2017 and 2018 alone, while car and van traffic, which started falling after the 2008 crash, has risen steadily since 2010.

Meanwhile, Northern, the second-largest railway franchise holder in the UK, operates most local rail services in northern England but has only got 45.4% of them to run on time in the last month. Plans to electrify major rail routes to west Wales and Cornwall, and through the Peak District to Manchester, have all been cancelled or put on indefinite hold by the Tories. For local travellers in Wales, the south-west of England and most of the north, this has meant another decade spent travelling on clapped-out, unreliable diesel trains.

Rather than commit to electrification – as Labour does in its manifesto – the Tories have persisted with the introduction of expensive ‘bi-mode’ trains which can switch between electric and diesel, giving hapless former transport secretary Chris Grayling a further excuse to keep much of the rail network west and south of Cardiff trapped in the 19th century.

The glaring geographical exception to this rule is London, where Crossrail 2 has been signed off before Crossrail 1 is even finished and Transport for London has been not only allowed, but encouraged, to maintain a policy of low fares and high regulation. If Labour win on 12th December, the special favours granted to London transport will be extended to the rest of the country. Local authorities will be encouraged to apply to run their own bus services for the first time since deregulation in 1986, and those that do will be rewarded with a subsidy allowing under-26s to travel for free.

Once young adults, as well as children, disabled people and the elderly, can travel by bus for free, most of the constituencies disproportionately reliant on public transport will enjoy a service that is free at the point of use. With Labour offering free broadband, free tuition, free dentistry, the only thing missing from Labour’s pivot toward universal basic services is free public transport for all.

As already discussed in the pages of Tribune, 100 cities around the world already offer free urban public transport on the grounds that mobility is a right and that the provision of transport should be a basic offering of urban life, like bin collections. This is a key point. For the green revolution to be truly embedded in the daily life of everyone, we need cheap or free zero-emission collective transport. It is the very least we should be afforded in a country as rich as ours.

By reimagining public transport as a service that enables relationships to be maintained and nurtured, that allows us to get to work in a comfortable and dignified manner, that gives us the chance to relax and enjoy our surroundings rather than be hurtled through them while nestled in someone’s armpit, Labour is offering the chance to reimagine everyday life as a source of enjoyment and nourishment, as opposed to one of stress and endurance.

If we do not win, we face not so much the further active destruction of the network, but a continued cruel indifference to it. The Tories like to pretend that no one notices or suffers when a bus route is axed. For many people it can mean the difference between a social, independent life and a life of isolation and reliance.

Labour’s manifesto commitments on transport represent the beginning, rather than the culmination, of a socially just and environmentally sustainable policy. Rather than imagining a car-free future, it imagines electric cars to be the future. It timidly encourages people to “leave their car at home” and take better, cheaper, nicer buses and trains, rather than telling them they won’t need one any more. Fifty years of car domination can’t be overcome in a single term. Yet, as with the offer of free fibre broadband, the promise of better public transport has transformative potential to improve the quality of everyday life. We can’t afford for it to get any worse. •

Lynsey Hanley is a freelance writer and the author of Estates: an Intimate History and Respectable: Crossing the Class Divide.