Bolivia: The Coup and the Right-Wing Assaults

In this interview, Corvin Russell speaks with Kathryn Ledebur of the Andean Information Network and Bret Gustafson of Washington University in St. Louis about the coup, right wing atrocities, and extreme repression currently happening in Bolivia. We examine the forces who have seized power in the coup, and address their motivations and social makeup. We also delve into prospects for Bolivia after the coup, what useful solidarity work can be done now, and the background of the Movimiento al Socialismo (MAS) experience in government, including debates about Bolivia among the left, such as criticism centering on women’s rights and the controversy surrounding the Potosí mine deal.

Attempts were made to contact representatives of the MAS, but the extreme repression and violence directed at MAS cadre mean that most MAS cadre are now unreachable. 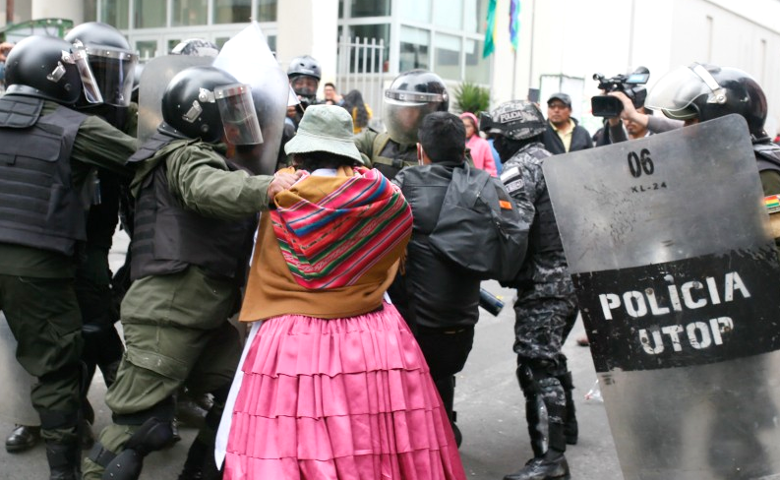