I wrote Siegebreakers because I can’t liberate Gaza or Palestine, but I can dream about it. I wanted it to be a proximate dream, a dream of the next step from now, not a distant dream that depends on too many unpredictable things going right. I wanted to write about how just a few things going right could change the whole thing – to show, through fiction, the real fragility of the apartheid system that always seems so invincible. 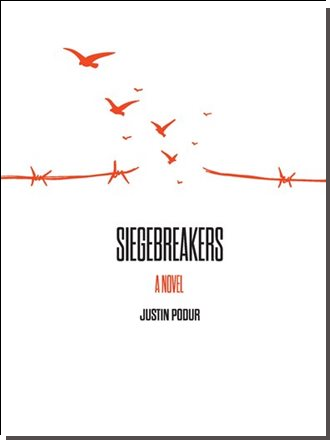 Gaza is besieged. Its children are systematically malnourished. Its economy has been under an active program of what scholar Sara Roy called “de-development” for decades. Israeli drones watch everything that happens. Israeli towers guard the wall that surrounds the enclave on three sides. On the side facing the sea, Israeli gunboats shoot at its fishers. At their own discretion, Israeli warplanes and artillery drop bombs where they please, always with the most convincing of pretexts. Sometimes they are solemnly warned by other Western politicians to ensure their bombs are not excessive for their self-defense. Other times, it is the Palestinians who are told that the bombings are their own fault.

It should have been a sleepy beach town, a place where oranges are grown and where kids play soccer and tourists come to feel their feet in the sand. Instead it is an experiment in human despair, its population imprisoned and punished for the crime of being Palestinian.

When I went to Gaza in 2002, I had just visited Jenin. The Israelis had turned most of the center of the camp to rubble. I saw the Israelis blow up a bank, for some reason I still don’t understand. But Gaza was still scarier. The first thing I saw after crossing at Erez was an Israeli armored bulldozer, bulldozing orange trees. I paused to take a picture and was immediately told to put the camera away and move on – from a loudspeaker I hadn’t noticed until after I’d been given the order.

It’s been 17 years since that visit under the auspices of the International Solidarity Movement. ISM had been inspired by previous solidarity movements, perhaps starting with those Americans who traveled to Nicaragua to try to bring attention to the US-backed Contra insurgency in the 1980s, part of the Central American wars that Bernie Sanders has recently – and to his credit – not apologized for opposing. In the 1990s, the Zapatistas in Chiapas further developed the ideas and practices of international solidarity with their observer programs. International observers in Zapatista communities were obliged to study the Zapatista struggle and to think of solidarity as a reciprocal practice, not a gift from benevolent Westerners to the struggling poor people in the global South. People who travel from the global North were always asked by the Zapatistas: what are you doing for the struggle back where you live?

All struggles against injustice on this small planet are intertwined, whether we see the links or not. With Palestine it takes real effort to miss the links: the US Congress and other state legislatures pass bills to oppose the small, nonviolent BDS movement whose goals are to sanction Israel until it complies with international law; Ilhan Omar is made to apologize for mentioning that there is an Israel lobby that tries to influence US policy in Israel’s favor; Alexandria Ocasio-Cortez apologizes for even speaking to Jeremy Corbyn, who in turn is demonized as an anti-semite even though everyone knows that he is a lifelong anti-racist whose real crime is supporting Palestinian rights.

As it walls in and starves the Palestinians on all sides, Israel receives billions of dollars every year in aid, and many politicians in the West fall over themselves to embrace it (and condemn the Palestinians and their advocates). Palestine is where Israel’s high-tech arms industry tests out its anti-civilian weapons, exporting them as “battle-tested” in the laboratory of the occupation. Whether you want universal healthcare, school desegregation, for children not to die in concentration camps, or a Green New Deal, you won’t be able to sidestep the issue, tactically back down, or diplomatically leave it off the table for now. The chosen rhetorical weapon to attack socialist, democratic, redistributionist, and anti-racist leaders is Israel, whether it’s Corbyn in the UK or Omar and others in the US. There is no understanding how the empire works today without understanding the Palestinian struggle.

To Be Palestinian is to Resist

Palestinian artists and writers do the work of humanizing: Susan Abulhawa’s Mornings in Jenin is in the literary genre; Mischa Hiller’s Shake Off is a dark thriller. Both writers show you the exterior worlds and the interior lives of extraordinary Palestinian characters living through brutal times.

For leftists, fiction is always part of the trade. A generation ago, Ghassan Kanafani, a political leader assassinated by Israel in 1972, wrote Men in the Sun and several other indispensable political novels of Palestine. Here in our time, Arundhati Roy writes both nonfiction essays analyzing the dynamics of war, empire, and capitalism and novels that take you along with people living through the same dynamics. Roy’s latest book The Ministry of Utmost Happiness ends with the creation of a small and fragile utopia, a community of people taking care of one another – in a cemetery.

Utopias, big and small, have a special place in leftist writing. Science fiction writer Kim Stanley Robinson, who has said that “science is now a leftism,” writes utopias because “anyone can do a dystopia these days just by making a collage of newspaper headlines, but utopias are hard, and important, because we need to imagine what it might be like if we did things well enough to say to our kids, we did our best, this is about as good as it was when it was handed to us, take care of it and do better. Some kind of narrative vision of what we’re trying for as a civilization.” Robinson was talking to another utopian writer, Terry Bisson, whose extraordinary novel Fire on the Mountain imagines what American history would have been like had John Brown succeeded in his raid on Harpers Ferry. Australian leftist writer Tamara Pearson concludes her novel The Butterfly Prison – which showcased how dystopic life can be for poor people in the West – with the struggling characters winning a revolution and starting to build a better world.

Free Palestine and a Free Gaza

When I wrote Siegebreakers, it was important to me for the titular characters to succeed beyond what we have seen in the real world, for reasons similar to those articulated by Robinson: the siege is crushing the people who live under it, but it is crushing all of our imaginations. It is only twenty years old, and it can be broken. If we can’t do it easily right now, we can at least imagine it. We certainly won’t be able to do something we can’t imagine. I want at least imagining a free Palestine and a free Gaza to become commonplace. 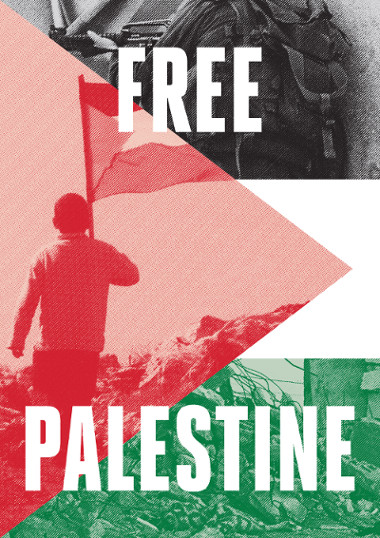 My other goal in writing Siegebreakers was to go beyond humanizing Palestinians and lionize them. I’m as much of a pop culture critic as anyone, but I grew up in the 1980s watching Transformers cartoons and reading Marvel comics, reading Encyclopedia Brown mysteries as a kid and Sherlock Holmes in my teens. I played Dungeons and Dragons well into adulthood and I still read every Jack Reacher novel within three days of it coming out. As a fan, I am obsessed with superpowered heroes facing even more powerful villains and winning because of cleverness and courage.

North Americans are conditioned to accept quite a bit of violence from our heroes. Jack Reacher kills more people than the villains in his novels, as author Lee Child famously said. In real life, Palestinians are always asked to be nonviolent, while Israel starves and kills them freely. At least in fiction, I wanted to read a thriller where the action heroes were fighting occupation. Ghassan Kanafani said in an interview that history was a struggle of the strong against the weak. But North American fictional heroes aren’t weak: they’re strong. For me, Siegebreakers was a study of heroism. Was the idea of a hero pure propaganda meant to sell toys and militarism to the younger version of me? Or is it an important concept that I could reclaim and map onto different contexts? I’ve concluded it’s the latter. Heroes are real: a hero is someone who takes risks and makes sacrifices for others. In the context of Israel/Palestine, heroism means facing a superior force (Nasser, the Palestinian protagonist of Siegebreakers), it means sacrificing belonging in one’s country to stop oppression (Ari, the Israeli character), it means getting involved when your privilege means you could just look away (Maria, the American character).

I am not Palestinian or Israeli and I don’t claim any rights to represent anyone. Often with Palestine, making it a Muslim, or Arab, or Palestinian, or Israeli, or Jewish issue has been another way of trying to sweep it under the rug.

In any case, to me, writing is never about speaking for people – unless you’re the official spokesperson for an organization writing official communications – much less claiming their struggle. You don’t have to be what you are writing (only memoir can do that). You just have to know what you’re talking about. Readers who know can decide what they think of Siegebreakers.

Artists do things because they are moved and hope to move others. What Israel, with ample help from the US, the UK, the EU and Canada, Egypt and Saudi Arabia and so many others, is doing to the Palestinians breaks many people’s hearts, including mine. So does what the Palestinians do to live and take care of each other in the face of it all. If it isn’t breaking yours, maybe my book can help. •

This article first published on the MR Online website.