Brexit and the Crisis of the Left

The British majority in favour of leaving the EU (Brexit) was surprising, even shocking, to many. The discussion runs high on both the result and the causes. The confusion seems to be extraordinarily high on the left, in Britain as in the rest of Europe. In reality, the result of the referendum reflects an EU in existential crisis, while the discussion reflects a Left in deep political and ideological crisis. 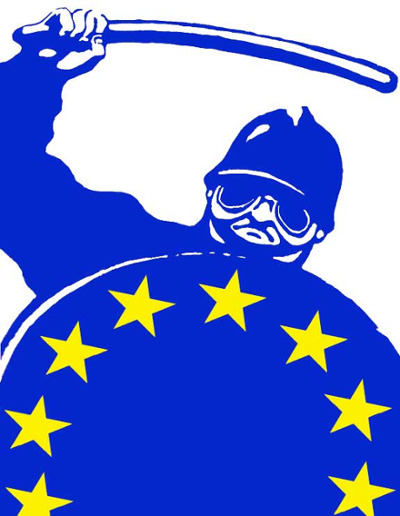 Seen from a left position, the British campaign was of course not without problems. The Brexit campaign was dominated by forces on the political right, and anti-immigration, xenophobia and racism were at the centre, although it was not as dominant as many media reported. National self-determination was reported as the main reason for the majority’s support of Brexit. And there was also a left organized Brexit movement, even though it was not very strong.

What is clear, is that large sections of the British working-class voted for Brexit. Xenophobia was an important part of this picture, no doubt. First and foremost, however, it must be seen as a reaction to a policy that systematically and with few exceptions has undermined wages and working conditions, trade union and social rights for workers. This is the result both of EU policies and of the aggressive neoliberal policies that have been conducted by British governments. Workers’ massive support for Brexit was therefore more than anything a protest against ‘the Establishment’. Those who had lost most as a result of the neoliberal policies, gave the elite a slap in the face.

Why is the EU Losing Popular Support?

Why is it then, that the EU is losing popular support so massively, in country after country? To understand that, we must look closely at the EU’s role and character. In the first phase (under the European Coal and Steel Community and the European Economic Community (EEC)), member countries were characterized by the reconstruction after WWII, the post-war class compromise, Keynesian economic policies (i.e. traditional social democratic regulatory policy) and stable economic growth. Already in the Treaty of Rome (1957), however, it was established that market freedoms should be the basis for the formation of the EEC.

Then, in the 1970s, global capitalism ran into a deep crisis, and the leading economic and political forces started to withdraw from the class compromise, abolished market and capital regulation, turned to an ever more aggressive neoliberalism – including privatization, austerity policies, rising unemployment and a massive redistribution of wealth from the bottom to the top in society. The lack of democratic institutions and traditions in the EU made it possible to introduce more extreme neoliberal politics here than in many of the member states, with stronger democratic traditions. Thus, the EU now has come to a stage that not only socialism, but also Keynesianism, are banned by law. Neoliberalism is constitutionalized and institutionalized as the EU economic model.

After the financial crisis of 2008, the reactionary austerity policies of the EU were reinforced, while it increasingly took on authoritarian forms, institutionalized through new agreements and pacts. The powerful interventions against the most crisis-hit countries (Greece, Ireland, Spain, Portugal and Italy) illustrates this in the most extreme way. To abolish the welfare states and defeat the trade union movement have now obviously become embedded parts of EU institutions and policies. In addition, the EU has virtually made it impossible to reverse this project, by requiring consensus between all member states to change existing treaties.

EU’s institutionalized neoliberalism, therefore, can only be brought down through massive mobilizations and confrontations.

It is this EU a majority of Britons have decided to leave. A project that is impossible to reform from within using ordinary democratic methods. And it is this EU the left in Europe fails to develop a common policy on. For too long both the trade union and the political arm of the labour movement have harboured illusions about the EU as ‘Social Europe’. It applies not only to Social Democracy, which has helped to build today’s increasingly authoritarian, neoliberal EU, but also the majority of parties to the left of Social Democracy – as well as the European Trade Union Confederation (ETUC), as one of the most EU-devoted organizations in the European labour movement.

As part of this political confusion, a dangerous myth is currently being created in parts of the left, that an exit from the EU (or the Euro) only will strengthen nationalism and the right. Quite the opposite, such exits have to be among the important and necessary tools if we really want to weaken the EU as an authoritarian, neoliberal stronghold. It is not exit movements which have created and strengthened far right political parties in country after country in Europe. It is not exit movements which have resulted in the far right being in government in Hungary and Poland (and almost in Austria). It is the policies of the real existing EU which today divide the people of Europe. It is the same policies which feed the far right. Thus, discontent with EU policies and the feeling of powerlessness is spreading among people in Europe – for good reasons.

In this situation, left political forces, with their illusions, have put themselves in a situation where they are able neither to organize the discontented to political resistance, nor to give the discontent a political expression. Thus, the far right is given monopoly on mobilizing against the EU. This is a far right which of course does not direct its resistance against the forces behind the neoliberal attacks of the EU, but rather against other groups of people (immigrants, Muslims, people of different colour etc.). When people on the left then vote to remain in the EU, “rather than being lumped with racists and the extreme right,” they continue to give the far right monopoly in conducting resistance against the reactionary EU.

“To give up the struggle for our main interest-based demands in order to stay within the EU institutions should clearly be a no-go zone.”

Of course, an exit from the EU (or the Euro) cannot be the primary demand for a left movement. Left forces will have to be developed through interest-based struggles. The question of exit, however, will be actualised immediately since EU institutions and treaties in practise are barriers against a realisation of our demands (very well illustrated by the fact that the Syriza government in Greece was forced to choose between fighting austerity and remaining in the Eurozone – and ended up administrating the austerity policies itself, as a “colonial administration” as J. K. Galbraith names it). To give up the struggle for our main interest-based demands in order to stay within the EU institutions should clearly be a no-go zone.

The structure and functioning of the EU create a number of barriers against simultaneous mobilization of resistance across Europe. Thus, the fight for a democratic and social(ist) Europe has to adopt a flexible strategy in which both civil disobedience and the possibility for single countries or groups of countries to exit – both from the euro and the EU – have to be actual tools. The development of an internationalist, class-oriented policy of exit is therefore both possible and necessary. It is about framing and narrative. The policies and institutions of the real existing EU today stand in the way of a united Europe, stand in the way of a democratization of Europe.

It is therefore important that the current authoritarian and neoliberal EU does not gain more power and influence in Europe. From a left-wing perspective therefore, it was encouraging that the British went Brexit, despite the fact that right wing xenophobia got such a big place. Of course, the latter phenomenon provides the left with an even bigger challenge. It is now imperative that left forces take the opportunity Brexit has given them to go on the offensive, confront capitalist interests, strengthen democracy and develop real popular unity across borders in Europe. The real existing EU constitutes a barrier to such a united Europe today. •