The First Round of Negotiations

Almost a month after the agreement of the 20th of February between the new Greek government, the European Institutions and the IMF, we need to know where we stand. “We” in this case is not the government. It is not even Syriza’s members and voters. “We” includes all those who understand the necessity of a strong democratic reply to aggressive neoliberalism and the austerity it imposes on the people of Europe, and who perceive the victory of Syriza as a gleam of hope against a conservative and reactionary turn of Europe. It extends to all democratic and politically liberal citizens who worry about the fate of democracy and who want to continue fighting for a better future for the working people in Greece and in Europe. For that reason it is important that we understand what exactly is happening and why it is happening. 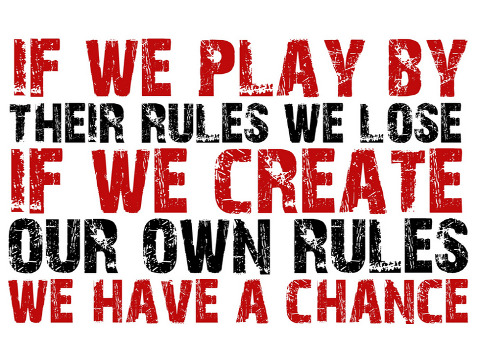 A lot has been written during the last three weeks on the content and the interpretation of February’s agreement. Many rushed to shout that Syriza had betrayed its electoral promises and moved away from the vision of social change that has inspired the Left in Greece and
in Europe over these difficult years. This couldn’t be farther from the truth.

First of all, one needs to be clear about the difficulties the government has been facing during this time. On the one hand, it must meet its payment obligations – internally and externally – under harsh liquidity conditions. On the other hand it must prioritize and apply its reform program, starting from the principle of comforting those most in need (the first and – so far – the only law passed by the government concerns the humanitarian crisis), and moving to the restoration of social rights and social justice, restarting the economy, and understanding the workings of the state as a necessary condition for its transformation. And it has to do so in the context of mounting political pressure constantly pointing to the fact that there is no other way Europe can go, than continuous, blind-folded consolidation.

This is how we have to look at February 20th – as a hard compromise reached from an unfavourable position.

The Second Round of Negotiations

Let us now turn to what has happened this month. The main goal of the government was to stand on its ground. Politically, this meant defending its position that all past agreements connected to failed austerity policies (including the conclusion of the 5th review of the Second Adjustment Program) should be abandoned, and that the basis for cooperation between Greece and its creditors would be the list of reforms sent by the Greek Finance Minister, Yanis Varoufakis, as a complement to the political agreement of the 20th. It also meant that the scope of cooperation would be a common concern about creating the conditions for Greece to grow, and that any evaluation would be in line with the spirit of this common target.

Unfortunately, this is not how some of our creditors interpreted the intentional ambiguity of the decision. What we have seen during the last week is the explicit violation of its political spirit and a concerted effort to restore the status quo ante, both in literal terms as well as in terms of process, taking advantage of the fact that neither time nor money played on the Greek side. This is how we can interpret the constant reference of [German Finance Minister] Wolfgang Schauble (and others) to the “Troika,” the “closing of the current agreement” and the “respect of the obligations of the Greek state.” Vagueness thus became a double-edge sword: on the one hand it gave the government breathing space in order to organize and push forward its own agenda, but on the other hand it left the field open for objective difficulties to work their way into the process. Resistance to this demands a great deal of decisiveness as well as hard work.

Two things are indispensable in this process: solidarity on the one hand, and an honest, realistic and constructive perception of democratic control, on the other. The questions arising for the Left at this time are very serious and complex. And they are rightly being brought into the debate as a mechanism of maintaining our orientation regarding the strategy and the tactics of social transformation. What we have claimed is that Europe can be transformed into a fairer, more equal and more prosperous economic and political area, inextricably connected and accountable to its citizens. Whether this claim is correct, we cannot say yet. It is true that the indications don’t look very promising. But ruptures are there and coalitions are possible. What we say is that we should go to the limits of this strategy, and try to take advantage of everything that democracy and politics allows us to.

Honest and constructive criticism is one thing, but abandoning the project while it is taking its first steps is a whole other. For better or for worse, Syriza at this point is a big bet for the Left in Europe and it needs all the support it can get. For the government to stand on its feet, it has to keep its forces together. This requires constant availability of information regarding the dilemmas and the difficulties it faces, open discussion of the reasons for moving one way or the other in crucial circumstances, and closeness to its social and political allies both in Greece and abroad.

The breathing space won by Syriza last month is not sufficient for its success. Syriza’s strength in its short march to power has been its effectiveness to provide a voice for the popular social alliance that was formed during the crisis, to inspire and mobilize it. As the party moves into power, given its relatively weak organizational structure, its major challenge is to sustain and even expand its presence in the social field.

“As the party moves into power, given its relatively weak organizational structure, its major challenge is to sustain and even expand its presence in the social field.”

The danger for Syriza is to be subsumed by its governmental duties and to abandon the major component of the strategy that led it into success. The dangers of the electoral success of the left parties are well known. Governmentalism and parliamentarism are the foremost documented causes of the deradicalization of the left in power. However, in the Greek case there are more concrete concerns that Syriza should be vigilant about: The transferring of the party cadres into the state apparatus has not only further weakened the party’s organization but it is bound to contribute to the cartelization of the party and therefore runs the danger of reproducing post-democratic trends. At the same time, since the main focus of the political debates are the negotiations with the debtors, the possibility of public discourse turning more technocratic, will move us straight to the strategic trajectory of the other side. This in turn, unless challenged, can lead to de-politicization and to the marginalization of the political and ideological coordinates of the party. As long as the base of Syriza’s rhetoric remains confined to the arguments around the country’s fiscal and economic problems, this undermines the
mobilizing capacity of the party. Finally, the social crisis has created such expectations that the pressures to bypass the existing networks of solidarity and find solutions away from collective structures and relations will become acute.

Furthermore, as the short march to power and especially the forced government coalition with the Independent Greeks has inevitably resulted in the last few months in a watering down of the class rhetoric in favour of a more “national” one, the danger of undermining the radical profile of Syriza becomes visible. This, in combination with the fact that there is not enough time for the new members to get socialized within the party’s radical culture, are issues that need to be confronted before the latter get alienated. Here the educating functions of the party have to be beefed up now more than ever before.

As the new conditions have brought forward a number of challenges, the question of the relationship of the party to the government has become more timely than ever before. The debate within the party has heated up, as for example in the first meeting of the Central Committee (CC). The CC elected its new secretary (T. Koronakis, a very promising cadre of the younger generation) and a new sparsely populated Political Secretariat and in a sense opened the debate on the party’s “new tasks.” In addition to numerous technical arrangements, the major challenge of the party is to not abandon the strategy that brought Syriza into power: namely to continue and even advance its presence in the social field. To many, the success in this task will solidify the social alliance among the subordinate social classes (working class, unemployed, the poor) with the traditional and the new petite bourgeoisie, which are being squeezed dramatically by the new patterns of accumulation intensified by the crisis. This is the key to maintaining Syriza’s radical orientation and will guarantee not losing sight of the goal of social transformation.

In this sense, the role and the everyday practice of the party should not change. Syriza should continue to push for the democratization of public institutions, building upon the experiences and innovative advances of the social movements and keeping technocratic restraints to a minimum. In addition, the crisis has given rise to nationalist feelings which have left their imprint on the governmental coalition of Syriza with the Independent Greeks. The party should continue to maintain its internationalist perspective and fight parochialism. As the continuation of aggressive austerity in the EU is pushed by the dominant social interests under the hegemonic influence of Germany, the danger of fueling nationalism in the country is real. Syriza should be more than vigilant in this regard.

One of the key tasks of Syriza’s government is the restoration of the rule of law. Civil rights and liberties as well as legal and constitutional arrangements have suffered dramatically over the last five years from the memorandums. The party’s task is not simply to justify and support the incoming democratic reforms of the government but to find ways to connect and ground them in class issues. Finally, the discourse and the practice of Syriza’s presence in the institutions of social and political representation should continue to be socially-centered. As Syriza’s participation in various collectives and social and political institutions expands, provisions should be made for breaking away from the established pattern of statism. This is the only way to undermine the old habits and patterns of the old regime before the latter proves dominant and infiltrates Syriza’s own new radical ways.

All these, in addition to some fine tuning of the party’s constitution that is needed, are some of the major challenges Syriza faces in the current conjuncture. These are not easy tasks. However, no one ever said that social transformation and the democratization of state – society relations is a picnic. With the radical party culture of Syriza as a guarantee, it is something that can be done, so long as we are conscious that class struggle does not stop at the door step of the party. •

A version of this will also appear on the Red Pepper site. A German translation appears at www.zeitschrift-luxemburg.de.

Elena Papadopoulou is an economist and Scientific Advisor to SYRIZA.

Michalis Spourdalakis teaches at the University of Athens and is on the board of the Nicos Poulantzas Institute.