Israel sinks deeper and deeper into an abyss of strident chauvinism and endemic racism. Among its Jewish population there is an almost complete consensus that since Israel lives in a dangerous neighborhood it must be always ready on the draw. This consensus is frayed at its edges when social and economic issues are addressed but holds up when security policy is on the table. The war on Gaza last summer was hardly mentioned during the election campaign but it was just plain naïve to believe that the right could be unseated by concentrating on bread and butter issues while leaving the uneven “security” playing field to Benjamin Netanyahu. 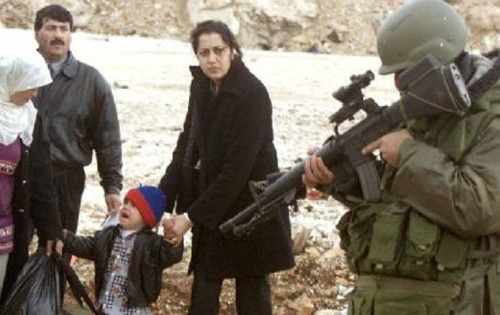 On the surface, Israel has many attributes of a normal liberal democracy. But when push comes to shove the predominant instinct is that of a military region under siege. The clash between the reactionary and liberal Zionists may seem like a typical election battle. But down deep Israel society is similar in essence to one big military base or a giant aircraft carrier. You can criticize the level of management or efficiency but you cannot convince people to change course or that they can live in peace with their neighbors because they have been successfully conditioned to see them as their mortal enemy. The situation is even more dangerous when the Israeli hawks are enthused by the growing strength and influence of their virtual partners in Washington. The masses of citizens in Israel are frightened by the Arabs and will follow the forces that seem to promise them continued military superiority over their neighbors. In short, the attempt to beat Netanyahu foundered on the conception that people would vote their social and class interests. His rivals were mainly supportive or silent regarding the big policy questions on peace or war. The inevitable consequences of Israeli militarism remained hidden from view. Netanyahu’s path can only lead to greater conflicts and more dangerous developments. This is the reason that there is room for a fighting left in this country which combines its social program with a clear renunciation of Israel’s aggressive role in the region. It will not be easy but there is no short-cut.

That fighting left will find consolation in the relative success of the united list of Arab parties which fought off an attempt to oust Israel’s Arab citizens from the electoral process and even boosted their representation. There are more opportunities for expanding the joint action in all sections of society and organizing the underprivileged. But it is clear that the Netanyahu government will do everything to sabotage the unity of the list and block its potential in the Jewish sector.

Tensions with the U.S. are on the rise. However, we have seen U.S. President Barack Obama waffle on so many issues. He may not be a “paper tiger” but he seems totally unable to initiate and implement an alternative path.

The forces challenging Obama are dangerous. More has to be studied and analyzed regarding this phenomenon that I would call the new right wing of imperialism. Bibi is an important partner in this project. He is far from a simple servant and is linked with the forces actively involved in the subversion of the U.S. administration. It started as a tea party but it looks more and more like a tidal wave of reaction. What are exactly the causes for the split and are we seeing the development of long range alternative lines in action?

One of the far-reaching results of current Israeli politics is a deepening of the estrangement that many Jews in the Diaspora feel toward this Israel. There will always be a hard core of sympathizers loyal to Israel. But a huge section of Jewry in the world will be simply unable to maintain a positive relation with a society based on racism pure and simple. There will be a need to dis-associate from Israel and its immoral message. There are signs that a serious rethink is going on among Jews outside of Israel who need to do some reassessment of their own regarding relations with the racist fortress Israel. It would be great if those young people outside of Israel who are fighting so valiantly for peace become the nucleus of a movement for the regeneration of progressive Jewish life in communities based on the values of equality and social justice for all. •

Reuven Kaminer is a writer, political analyst and a veteran activist in the Israeli peace movement and the left. He blogs at reuvenkaminer.blogspot.com.