Why I’m Voting No: OSSTF and Ontario Teachers

Teachers in Ontario may not know it, but their actions in this coming week will have huge ramifications for unionized workers across Ontario and across the country. We stand poised either to hold the line against the austerity agenda and mounting attacks on workers, or pave the way for escalating attacks on the labour movement. 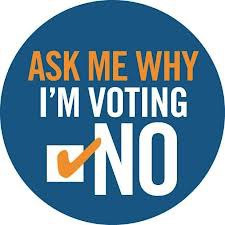 After a year that has seen the provincial Liberal government strip education workers of their collective bargaining rights and legislate strips to our wages and benefits that took decades of struggle to win, public secondary teachers in Ontario will be voting this week on whether to accept a peace deal that offers some minor improvements over the “contract” imposed four months ago by Bill 115 but which leaves most of the major strips intact.

The deal, which was hammered out over several weeks of negotiations, is being touted by the elected leaders of our union, the Ontario Secondary School Teachers Federation (OSSTF), as the best we can hope for.

If ratified, the deal would see us agree to many of the provisions we have spent the last year fighting against. These include a two-year wage freeze, a grandfathering of banked sick days, and delayed movement up the salary grid for younger teachers, who are already being told to accept a future of diminished expectations. To make this more palatable, we are being offered small improvements in maternity leave and some language around job security.

If we don’t accept this deal, we are told, the alternative is the imposed “agreement,” and the government has said they will negotiate no further if the deal is rejected. We would also be prohibited from taking legal job action. So it’s one or the other.

Being asked to vote with a hammer over your head is not collective bargaining. It is not democracy either. Regardless of what you think of teachers, we should all be very worried when a government reduces corporate taxes for nine years then makes it illegal for workers to ask for a raise.

Leaving aside the question of whether the imposed agreement still leaves teachers better off than most workers in Ontario, it is essential to consider the precedent a yes vote would establish for organized labour. Not only would we be giving our consent to the tactic of bargaining at gunpoint, but we would be sanctioning its use across other sectors and with other unions. It would become a model for governments across the country to replicate.

Our leaders have reminded us that public sentiment is very much against unions right now. Any government, even one led by a “progressive” like Kathleen Wynne, cannot be seen as conceding too much to labour. Unions, in turn, must be careful of not asking for too much or making too many demands, lest we turn public sentiment even more against us and provoke a backlash that brings to power Tim Hudak and his rabidly anti-labour Conservatives, who are already threatening to scrap the Rand formula and make Ontario a “right-to-work” province.

Despite having been betrayed by all three major parties, the leadership of our union, like most unions in the province, seems unable to conceive of what political struggle looks like outside of the outdated model of electoral politics. Naturally, they are eager to get back on familiar ground and reestablish the cozy relationship they had with the Liberals for most of the last decade, one that saw teachers largely exempt from the attacks on workers in virtually every other sector, from manufacturing to public service. Even our fellow education workers, such as classroom assistants, secretaries, and caretaking staff, have been losing jobs and job security for years while enduring stagnating wages and deteriorating working conditions.

A Hudak government would be a disaster for teachers, and for labour in general, but all three parties have bought into the corporate austerity agenda, and any one of the three in power would continue to take us down that road – at different paces, certainly, and with varying degrees of brutality, but the end destination will be the same. This is why a political strategy that requires us to hold our noses and throw our support behind the best of the worst is a long-term recipe for disaster.

“There is a third choice … and that is to follow the example of students in Quebec and teachers in Chicago: to engage the public directly through our members, to fight politically, and to use civil disobedience if necessary.”

If the largest, richest union in Ontario cannot bring itself to fight the austerity agenda with everything it’s got, who will? The fact is, there is a third choice beyond deciding whether to let the government strip us of our hard-fought benefits or agree to strip them away ourselves, and that is to follow the example of students in Quebec and teachers in Chicago: to engage the public directly through our members, to fight politically, and to use civil disobedience if necessary.

This will require some internal rebuilding and an empowerment of union members through more participatory structures of governance and a move away from the centralized model of decision-making that tends to make the rank-and-file feel alienated and helpless. This may not be as difficult to do as some might think given the small “c” conservative reputation of teachers.

Five months ago, teachers in Hamilton, Niagara, and York Region defied their local union leaders by soundly rejecting tentative agreements that surrendered to the provisions of Bill 115. It was an incredible and unprecedented moment in OSSTF history, because it demonstrated something we often forget, that the union is us – that we are the leaders. I hope we can show that leadership once again right now and make it clear that we don’t accept any limits on the democratic rights of workers, no matter how they’re packaged or who is telling us we have no choice.

For this reason, I will be voting no. •

Jason Kunin is a former branch president and member of District 12 of the Ontario Secondary School Teachers Federation (OSSTF).