The Growing Turmoil in Ontario Labour Relations: Can Ontario Unions Turn Things Around?

Only halfway through 2022 and we already are soon going to set a new high for strike days lost for at least the last 13 years in Ontario, with over 800,000 strike days through the first half of the year.

Here is the strike data. Note the last column which reports the number of person days lost as a percent of working time – it enables us to easily compare the half year results of 2022 with the full year results of the other years. We are currently running at about three times the rate of other years and almost twice the highest rate in the previous 12 years. 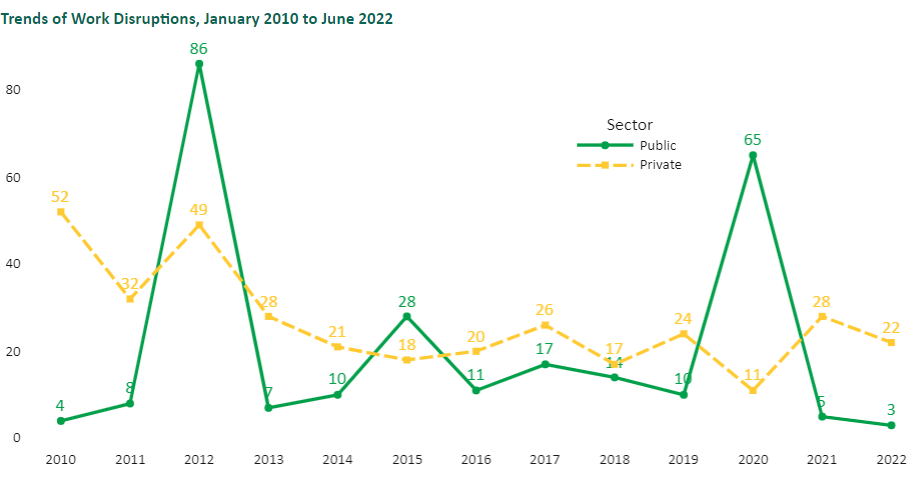 There are some signs of improvement in municipal settlements which are excluded from Bill 124. They are averaging 2.0% so far in 2022, up somewhat from 1.7% in 2021. Still, these municipal settlements appear to be weighed down by the example of Bill 124 in the provincial broader public sector – where settlements are still mostly controlled by the 1% Bill 124 cap and so remain at a miserable 1.1% average in 2022.

Trends in Inflation and the Average Annual Base Wage Increases (%) for the Ontario Broader Public Sector, January 2011 to July 2022

The Bank of Canada move to raise interest rates, and thereby weaken the economy and employment, is taking direct aim at the sort of fight back that we have seen by private sector workers in 2022. So, there is some question about whether the levels of strikes will continue. The goal is to deal with capitalist crisis by increasing exploitation of workers. Given the level of pain that has already been inflicted on workers, it is not clear that they will get away with it again.

The Coming Battles: Ontario Teachers and School Board Workers First Up

A key battle ahead is for the wage settlement pattern that will emerge for bargaining units that have served their three years of 1% under Bill 124.

Very important here is a series of large university bargaining units that opened over the summer. UNIFOR recently reported a post-Bill 124 settlement for 2900 McMaster employees of 3% a year, which is well up from past public sector settlements.

Above all, the bargaining for hundreds of thousands of workers and teachers in the school board sector this summer and fall will be vital. Over the last decade, the unions in this sector have in some ways replaced the manufacturing unions as the key bargaining units in the province.

The negotiations are likely to be high profile and hard fought on both sides. The wage pattern that emerges in the school board sector will have a significant impact on hundreds of thousands of other broader public sector workers – and even municipal and private sector workers.

Education Minister Stephen Lecce and Premier Doug Ford have already made thinly veiled threats that their tolerance for free collective bargaining is limited. As Lecce commented: “The premier has been abundantly clear: stability, in-class, normal learning experience with the full compliment of extra-curriculars and sports – that’s what matters to families and it’s one of the priorities for this government.”

After three years of a very significant limit on free collective bargaining via Bill 124 by the Ford government, this is a troubling statement. They are raising doubt about the right of workers to stop even their volunteer, extra-curricular work. All workers in Ontario have an interest in protecting free collective bargaining and ensuring the best possible settlement for school board workers. With the current erosion of living standards from inflation, and the potential for another round of austerity from the provincial government, this is a critical juncture for the Ontario working class and unions. • 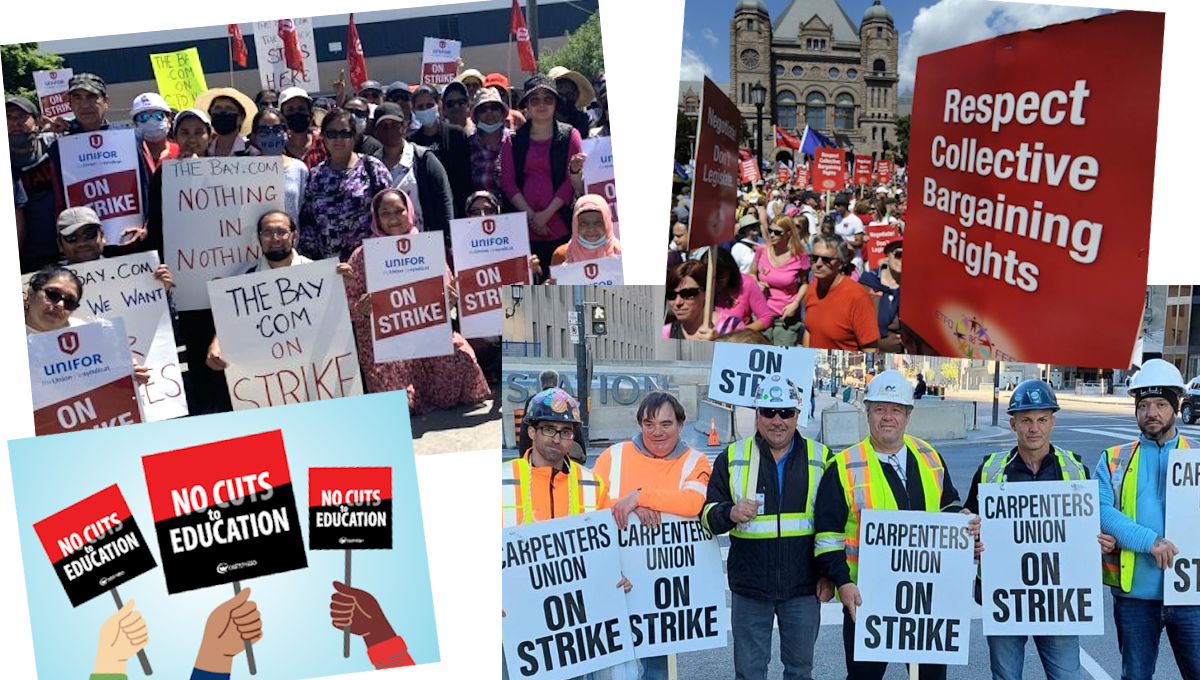