This report briefly describes different areas where gains would be made by adopting a fare-free transit model. The real benefit would be that fare-free transit captures the imagination. Moving toward fare-free transit, we will start to see ourselves differently. As a dynamic city, Thunder Bay is transforming itself, increasing social cohesion and climate readiness for the 21st century and beyond. 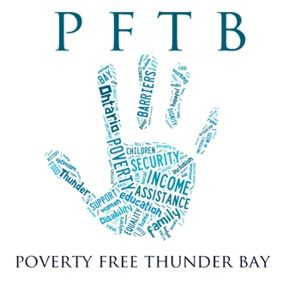 “What’s it worth when a mother can go on an outing with her children?” — A. Ruberto.

In November, 2020, Poverty Free Thunder Bay released its report on the impact of fare-free travel in Thunder Bay from March to July. Fare-Free is Fair documented the profound benefits for people on lower incomes and the overwhelming support for the model by transit riders. Poverty reduction provides strong rationale for moving toward a fare-free system. Poverty reduction leads to better health outcomes, higher labour market participation and greater social inclusion. Dollars saved by people on low incomes are typically spent locally. Women, who are often the primary or sole caregiver, and their children, benefit greatly. We will sleep better when we know this barrier to full participation in the city has been lowered.

Fare-free transit provides one avenue for Thunder Bay to pursue Reconciliation. Historical and continuing colonialism have resulted in disproportionate numbers of Indigenous residents living on low incomes. This leaves them too often unable to access services or opportunities, something the TRC Calls to Action demand, and the Coroner’s Jury Report recommended. Imagine a system that facilitates the thriving of Indigenous residents of Thunder Bay, and welcomes people from northern communities by helping them move easily around the City, stepping on and off buses with no fare. 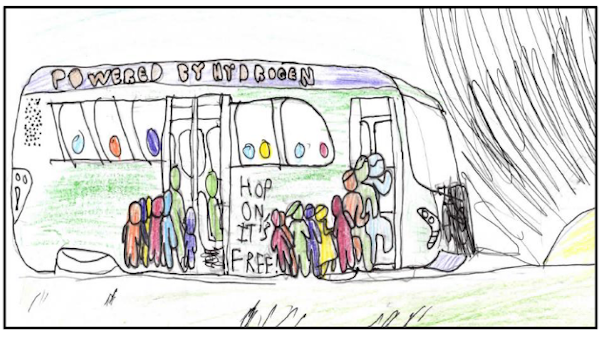 Seniors benefit greatly from fare-free transit. Frequent and affordable transit reduces concern about mobility for senior drivers, who may one day be unable to, or choose not to, drive. For those on low fixed incomes, not needing to worry about transit fares keeps the City and social inclusion accessible. Thunder Bay is aging; it’s the right place to make transit awesome.

Fare-free transit means never getting stranded without a fare and having to walk home alone at night. It means an easy decision to leave the car at home when going out on the town. Fare-free means more riders, and more riders increase security. Transit users walk and bike more than motorists, improving health and fitness. Fare-free increases food security, access to healthy food, mental health, and access to medical care.

Fare-free transit would be a financial boon for middle-class residents. With an average property tax increase of $200 per year, all fares could be removed and service could be improved substantially to adjust to the increased ridership. By contrast, an adult purchasing 12 monthly passes spends $930 a year; a senior on a yearly pass, $495. Car ownership costs about $8000 per year. Even reducing variable costs such as fuel and parking can provide significant savings for motorists. Anyone who uses public transit would be well ahead financially.

Fare-free transit would pay reputational dividends. The first city in Canada taking steps toward becoming fare-free, gains would start before fare-free was fully realized. Thunder Bay would be on the map for something that captures people’s imagination. Isn’t fare-free transit something for US ski resort towns and European cities? What’s up in Thunder Bay that they don’t have bus fares?

“The city buses are free of charge” proclaims the landing page of the Akureyri Tourism website, the capital of northern Iceland, while Logan, Utah, is fare-free in part to attract tourists. Not only will more tourists visit Thunder Bay, they will stay longer and visit more attractions while here, contributing to the local economy. The fare-free transit system will itself become a draw.

Fare-free transit would attract more postsecondary students to Thunder Bay. The CEDC is looking to bring people to Thunder Bay to fill labour shortages. Entrepreneurs and healthcare professionals would see fare-free as attractive and progressive. There’s a trend to urbanization with people looking for affordable public transit; this is especially true for new immigrants. Becoming the first city in Canada to move toward fare-free transit, Thunder Bay will be on people’s radar. More residents increase economic activity and increase the tax base.

Every dollar invested in transit returns $4 in economic gain. Money saved on transit by lower-income residents gets spent at local businesses. Businesses, and especially hospitality and retail, gain by employees having better, and more reliable access to their jobs. Residents can more easily get to businesses to spend their money and can more easily access downtown cores without worrying about finding parking. A fare-free and more frequent public transit system will be a key part of Thunder Bay’s thriving economy into the future.

Greenhouse gas emissions from transportation account for 33% of emissions in Thunder Bay. We need more people taking the bus. Research confirms that people in communities with good public transit own fewer vehicles and drive less. While most current riders are captive riders, a fare-free and more frequent transit service would attract discretionary or choice riders. Residents in communities with excellent transit consume 20-40% less fuel than those without good transit. Direct greenhouse gas reductions are made through fewer car trips, and, over time, further reductions accrue through shifts in land use, such as densification.

Thunder Bay as a Demonstration City (Leveraging Other Support)

Once Thunder Bay takes the first step toward fare-free transit, it will be well-positioned to ask for support from the provincial and federal governments. With international commitments to sharp greenhouse gas reductions, all levels of government are considering the best ways forward. Everyone knows we need to do some things differently. It is an opportune time to ask for support in making Thunder Bay a demonstration city, an example for small and mid-sized Canadian cities that fare-free and frequent public transit leads to multiple benefits – including helping to meet climate targets.

Transit riders and drivers love fare-free transit. With no disputes at the fare box, rapport develops and the atmosphere is friendlier. Transit managers in the United States do not believe that disruptive passengers are more common once the system is fare-free. Fare-free transit does not mean that riders can stay on the bus past the end point or re-board immediately. Riders need to have a destination. If someone does need to be asked to leave the bus, stakes are lower as it would not mean them ‘losing a fare.’

Fare-free since 2002, Chapel Hill (population 65,000) in North Carolina sees the model as having increased opportunity and boosted the economy. In 2013, Tallinn, Estonia (population 426,000) became fare-free, with so much success that much of the country has now followed. The entire country of Luxembourg (population 602,000) became fare-free on March 1st, 2020 to shift people from cars. Aubagne, France (population 46,000) and its 12 municipalities have been fare-free since 2009, with 50% of the new riders mode-shifting from private cars. There are close to 100 cities worldwide with fare-free transit, many more with some fare-free structure – either for certain riders or on certain routes, days or times. Olympia, Washington (population 51,000) started a five year fare-free trial in 2020, dropping the $1.25 fare and immediately gaining riders.

Ship passengers hope they will never have to use the lifeboats, but they’re happy they’re there. Similarly, even those who don’t use public transit benefit from having a robust system in place for emergencies and possible future use. With a free and efficient public transit system, motorists save time chauffeuring others who don’t drive, and increased transit usage means fewer kilometres driven, fewer accidents, greater public safety, and reduced road maintenance costs.

Fares Down, Ridership Up

In every jurisdiction, reducing or eliminating fares has led to increased ridership. Often, there is little increase in incremental costs of having more passengers – the bus just runs ¾ rather than ½ full. When ridership increases enough to require more frequent buses or new routes, the per passenger efficiency of the system is higher and the transit system becomes more attractive to discretionary riders. More riders enable greater frequency, which leads to modal shifts from cars to public transit.

The Transportation Master Plan calls for increased ridership and more frequent bus service. The EarthCare Sustainability Plan notes that cars are kept off the road by public transit. The Corporate Energy Management Plan asks for full City engagement in transitioning to a carbon neutral future. The Age-Friendly City Plan says transit is not affordable for many seniors and the Culture Plan that access to culture builds social capital and cohesion. The Indigenous Relations and Inclusion Strategy calls for Indigenous prosperity and the Anti-Racism and Inclusion Accord makes a commitment to an inclusive society. Fare-free transit will help the City reach multiple goals.

The best reason to pursue the goal of fare-free transit is transformation. With a history of being defined, in no small part, by transportation, we celebrate a vision of buses running often enough for most people to choose to ride them – without fares serving as barriers to opportunity. It’s time to take a bold and courageous step toward a renewed public transit system. A system that is more efficient, accessible, inclusive, and the most climate-friendly way to get around in Thunder Bay. 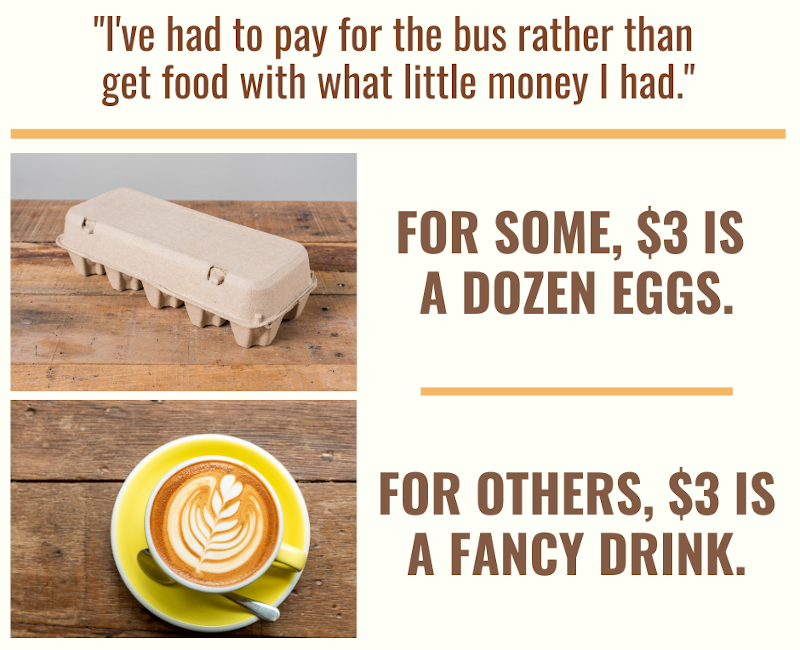 “Charging a fare truly is a very poor business model if the goal is to promote the use of public transportation.” — Volinski.

This report was presented to Thunder Bay City Council on the Benefits of Fare-Free Transit, January 27th, 2021. This report was prepared on the traditional territory of the Anishinaabe under the Robinson Superior Treaty of 1850.