Israel at the Current Global Juncture

How does Israel fit in with current global emergencies and unprecedented dangers, those being the worsening provision of food, water, shelter, and healthcare for the global population, the COVID-19 pandemic and warnings of worse to come, and climate-related calamities? Massive fatalities and immiseration are not inevitable, but the current human situation is shaped by forces lethal to people’s basic needs: militarization, neoliberalism, and neofascism. 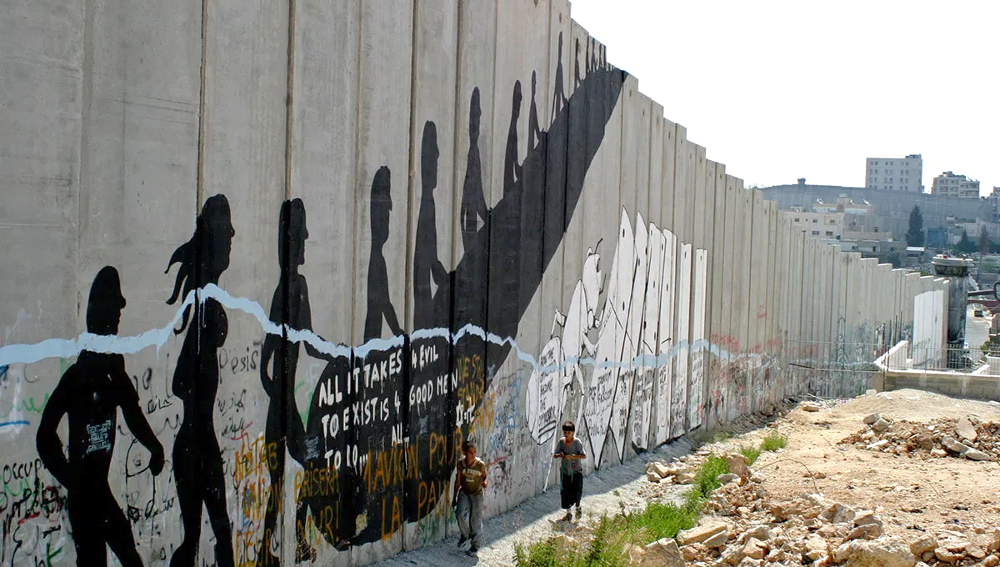 Haim Bresheeth-Zabner’s recent book An Army Like No Other: How the Israel Defense Forces made a Nation, shows in detail how the Zionists’ single-minded determination to establish a powerful, militarized Jewish nation was achieved through opportunistic exploitation of worldwide shifts from the late 19th century through the present day. Israel’s distinctive evolution as a military nation has come to symbiotically serve and benefit from worldwide developments. Internationally renowned legal expert Richard Falk describes the emergent global constellation as “gangster geopolitics.” This essay focuses on three areas: Israel’s weapons/security/strategy sector, international law, and Israel’s nuclear weapons program.

Israel is a major international dealer of military technologies and strategies. SIPRI (Stockholm International Peace Research Institute) data between 2015 and 2019 shows that Israel was the eighth largest arms exporter in the world and that its global sales increased by 77% (US +23%, Russia -18%, Canada +33%). Jeff Halper, in his critical research on Israel’s advanced military weapons, writes that Israel “gets away with it” because of its specialized indispensability in global arms, strategy, and surveillance.

Israel’s global reach now involves the militarization of policing with the sale of surveillance technology, weapons, and strategies for crowd and riot control. Gaza is a lab and showcase for Israel’s “battle-tested” weapons and methods of controlling highly concentrated civilian populations as the global population is increasingly urbanized and concentrated in urban slums. The US Army Corps of Engineers constructed the Urban Warfare Training Center in the Negev, where the US and Israel train for assaults on densely populated areas. Israel’s technologies and strategies of perimeter defenses are applied to financial cores, government districts and meeting centers, embassies, and fuel depots worldwide.

The unending Global War on Terror (GWOT) is a political and economic goldmine for Israel, leading to bilateral and multilateral agreements – in science, technology, defense and security – and to industrial partnerships and investments with the major manufacturers of weapon/security/surveillance systems. Israel’s practice of carrying out total war on Gaza, i.e., on Gaza’s highly concentrated civilian population, serves as a lab and showcase for Israel’s weaponry and military trade.

Israel’s global reach also involves border controls, surveillance, and monitoring and controlling migration. At the end of the Cold War, there were fifteen walled borders; today, there are 77, with the help of Israel, the experienced world expert in walls. Many recent walled borders are armed with technology for security and pacification purchased from Israel. It is increasingly common for refugees to be monitored and stopped using this technology, long before they get to border crossings. The UN Refugee Agency (UNHCR) estimated that by mid 2020, an unprecedented 80 million people were forcibly displaced, a number that doubled over the last decade. Increasing numbers of people are treated as redundant and expendable, as inessential labour to the production of wealth and power of the global plutocracy.

A less scrutinized global/Israel intersection is with respect to the law. International law and its institutions have undergone significant transformations in the post-colonial period. A toxic legalistic logic continues to evolve that reverses the meaning and enforcement of Just War law. This is precisely described by Israeli academic Eyal Weizman: “Humanitarianism, human rights and international humanitarian law (IHL), when abused by state, supra-state and military action, have become the crucial means by which the economy of violence is calculated and managed” (p. 4). Weizman’s paradigmatic case is Gaza.

“Might it be that these legal technologies contributed not to the containment of violence but to its proliferation? That the involvement of military lawyers did not in fact restrain the attack – but rather, that certain interpretations of international humanitarian law have enabled the inflicting of unprecedented levels of destruction? In other words, has the making of this chaos, death and destruction been facilitated by the terrible force of the law?” (p. 90)

Weizman concludes: “When the legislative violence directed at Gaza unlocks the chaotic powers of destruction that lie dormant within the law, the consequence will be felt by oppressed people everywhere” (p. 96).

The international institutional set-up for protection is ineffective and exploitable. Outgoing Chair of the UN Human Rights Council excoriated the UN for its failure to prevent conflict; Navi Pillay cited many metastasizing crises, including Syria, Gaza, the Congo, where “none of these crises erupted without warning.” Genocide authority Leo Kuper, writing about the Nakba, Hiroshima and Nagasaki, and innumerable unacknowledged genocides before and after WW II, wrote about the “emasculation of the enforcement procedures” that are “deeply embedded in the structure and performance of the UN as a whole… The aim has been not to protect the victims but the oppressors” (Kuper p. 175-7).

The impotence of the UN was apparent to Israel from its inception when it was very clear that the 1948 UN Resolution 194 on the Right of Return (of ethnically-cleansed Palestinian forced into exile) would not be enforced. Hundreds of subsequent UN resolutions have not been enforced. Israel refused to cooperate with the UN Goldstone inquiry into its war crimes in 2008/9, and at present, impugns the legality of the International Criminal Court to investigate its war crimes.

Israel’s archives, temporarily opened in the 1990s, allowed a group of “new historians” to document genocidal intent that preceded the Holocaust and Israeli statehood. For example, the Zionists compiled extensive data about the Palestinian population to be used in the planned expulsion and assassinations of Palestinians. After World War II, Israel at first opposed the allegation of genocide to any other situation except the German Holocaust. In addition to intent to rid the land of Palestinians, Israel has developed sophisticated strategies and technology in pursuit of a Jewish-only nation. The Dahiya Doctrine is the authorized military strategy to inflict disproportionate power and immense damage and destruction. In addition, Israeli academic Tanya Reinhart describes the “policy of injuries” especially to youth, causing unnoticed premature death (p. 112ff). Israeli doctors also formulated a near-starvation diet for the people of Gaza.

Former UN Special Rapporteur on Human Rights in the Occupied Territories and recognized expert in international law Richard Falk writes that Israel’s 2009 and 2014 assaults on the trapped civilian population of Gaza, with nowhere to flee a terrifying danger, “reveals a serious gap in international humanitarian law.” There are also gaps in the implementation of the UN’s foundational Charter. Israel’s weapons and tactics against a defenceless civilian population and its non-defensive use of force, amounts to an act of aggression and constitute a crime against peace, which is “the supreme crime” encompassing all others. 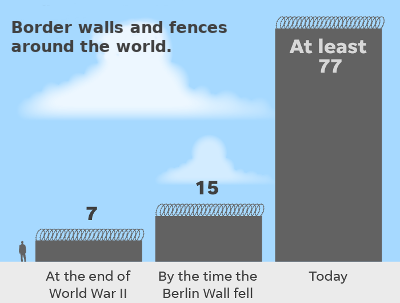 Israel opportunistically reformulates legal doctrine. Although Israel controls Gaza’s economy and its land, sea, and air borders, it claims that Gaza is no longer technically occupied, so that Israel is no longer bound by Geneva Convention obligations. In the documentary The Law in These Parts, an Israeli military judge states that Israel used Ottoman law to claim ownership over Palestinian land. “Closed military zone” supersedes civil law and is used arbitrarily and without due process to confiscate Palestinian land and water. Palestinian children are imprisoned and tortured in Israeli military courts and prisons, violating UN Conventions on the civil protection of children.

The application of law reverses meaning and intent, turning humanitarianism into its opposite. Thus Responsibility to Protect justifies aggressive military intervention without due process. “Human shield” is interpreted to mean the cowardly use of another to protect oneself – not the much more frequent ways people protect each other, such as the tragic moments of a child’s father shielding his son from a homicidal Israeli sniper. Incredibly, Israeli leaders blame Palestinian parents for their own crimes against children. Other countries are equally culpable, for example, consider US Immigration and Customs Enforcement (ICE), and the Canadian and Irish Catholic residential programs.

Israel pursues a policy of secrecy and ambiguity about its nuclear weapons. Israel never signed the Non-Proliferation Treaty. Consequently, unlike Iran and Iraq, Israel is not inspected or regulated by the International Atomic Energy Agency (IAEA). Planned, official international meetings to establish a nuclear-free zone in the Middle East include all Arab nations but not Israel, the only Middle East country with nuclear weapons.

Current estimates (Janes, SIPRI) are that Israel possesses between 100 and 300 nuclear warheads, deployable by land, air, or sea. Israel’s Jericho I, II and III long-range surface-to-surface missiles are nuclear capable and have a range of up to 7,800km (4,800 miles).

Germany has donated a submarine to Israel as Holocaust reparation. It is capable of carrying 144 nuclear warheads. An article in Reform Judaism Magazine “Strategic Bedfellows” reports the close ties between then Indian prime minister Advani and Israel, with India providing Israel a submarine base in the Indian Ocean.

Israel gained access to nuclear weapons production in 1957 through the French socialist governments. Seymour Hersh, in his book The Samson Option, writes that Ben-Gurion was passionately committed to nuclear weaponization and he had total control over his party “like that of a Mafia don” (Hersh p. 33). Ben-Gurion, Moshe Dayan, and Shimon Peres waged “what amounted to a constant war – all in secret – to keep the Israeli bomb project alive” (Hersh p 59). They secured the necessary funding from discreet wealthy Jews known as the Committee of Thirty, and the US ensured the secrecy of Israel’s nuclear program through gag orders making its disclosure punishable by imprisonment (Shlaim p. 66).

By 1968, Israel had completed its hidden underground Dimona reprocessing plant and was in full-scale production. Its uranium ore had been purchased from the Argentina dictatorship and from apartheid South Africa. In 1986, the London Sunday Times printed Mordecai Vanunu’s detailed evidence, including photographs of Israel’s nuclear facilities at Dimona.

At present, Israel’s nuclear weapons target Iran. Despite lack of evidence, Israeli leaders since the end of the Cold War have repeatedly warned the Israeli public, the United States, and the UN, that Iran is about to produce nuclear weapons. Israel’s repeated warning that “all options are on the table” violates an opinion by the International Court of Justice that even the threatened use of nuclear weapons is a violation of international law. Israel’s assassinations of Iranian nuclear scientists, most recently in November 2020, may also link with Israel’s military strategy in Gaza and Lebanon in which Israel uses kidnappings and assassinations to provoke a reaction and then launches a retaliatory massive attack in the name of self-defense – as if Israel is the victim.

Israel and all NATO countries refuse thus far to sign the Treaty on the Prohibition of Nuclear Weapons, which comes into force on January 22, 2021.

On the three topics discussed here, the national is also international, so it is critical to see these facts. The Palestinian situation applies to victims of war and to worldwide victims of injustice. At the least, these facts are well-documented and accessible, and the crimes are preventable. •