After 19 days of an open-ended strike demanding their human and labour rights, Palestinian workers at Yamit have suspended their strike on January 20. The workers’ committee has reached this decision following an agreement with the company to meet their demands. The agreement, which still needs to go through legal procedures in Israeli courts, states the following:

This victory is important but still partial. It will only be complete when the negotiations period ends with all of the just demands of the workers are met. 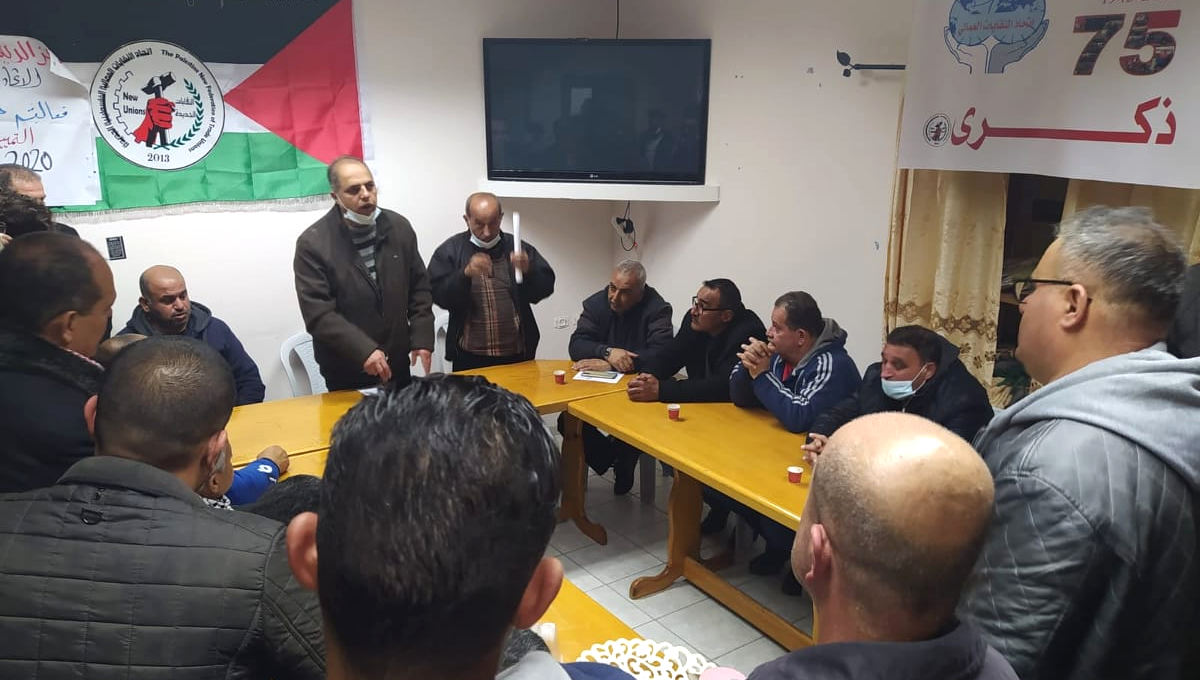 Mohammed Blaidi, the Secretary General of the Palestine New Federation of Trade Unions commented on the agreement saying:

“This is a victory for our striking workers. Achieving this success was anything but easy.

To all of the trade unions and friends of Palestine who honestly stood in solidarity with the strikers, I say that this victory belongs to you, too. By supporting the strike, you joined in the battle against oppression, racism, apartheid, slavery and exploitation. Thank you!

We hope that this small victory is the beginning of other victories for our workers and our people that have been subjugated by Israel’s inhumane apartheid and settler colonial oppression.”

Before achieving this success, Yamit has tried to break the workers’ will by refusing to listen to their demands, trying to replace them with other workers, cutting off their wages during the strike period, and by threatening to fire them from work.

However, the workers were aware that they were not alone. The tremendous support they received from trade unions and individuals around the world has made them full of hope to continue. It is due to this solidarity that Ofer Talmi, the CEO and owner of Yamit, was forced to send a letter written in both Hebrew and Arabic to the striking workers apologizing for a racist letter he sent before (our translation from Arabic):

The recent incidents that took place has made me decide to personally contact you to tell you about some thoughts from deep in my heart.

I would like to apologize to you and take back my statement that the land of Israel belongs to the people of Israel, which I wrote at a moment of rage. This has nothing to do with the business affairs.

I am sorry and hurt […] to be portrayed in the media as ‘racist’ and cruel to the workers.”

Although Talmi has sent a letter of apology to the workers, it is clear from his statement above that he does not regret the fact that he is a racist person who believes that only the Israeli people should have a right to the land they have been colonizing and usurping from the Palestinian people for decades. What he really regrets is that he publicly stated his racist ideology, an act that harmed his business.

This only asserts that our workers’ struggle is not only an anti-capitalist and a class struggle, but an anti-colonial one in the first place. The struggle should continue and intensify to end the grave consequences of Israel’s racist, supremacist and apartheid mentality, with Talmi’s mindset as the rule rather than the exception within the colonial situation Israel has created. •

This article first published on the New Unions website.