Digital Organizing Isn’t as Straight Forward as it Seems

Over the past few years, digital organizing has become the hot new thing in unionization campaigns. Digital mobilization and engagement technologies have become essential to winning. However, while some unions have won remarkable gains utilizing these technologies, other unions have lagged behind, unwilling to embrace these new tools.

Before the pandemic, I was already using digital tools like peer-to-peer texting, email marketing, and database software for my organizing work. However, I used them to deepen existing relationships with supporters, never to start initial discussions about the union. Digital tools were meant to amplify the ground game, not as a primary means of organizing. For the Elementary Teachers Federation of Ontario, our organizing bread-and-butter was face-to-face conversations. 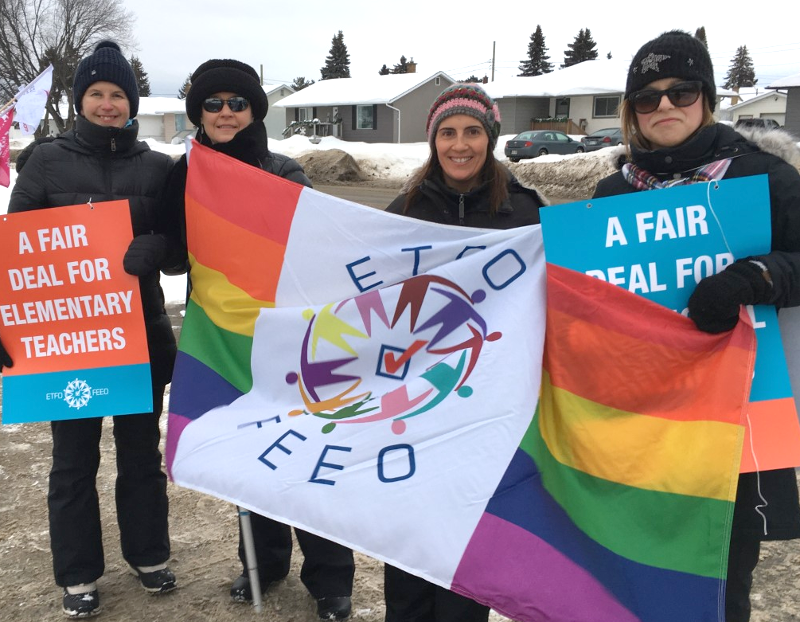 Face-to-face organizing – meeting workers where they are and listening to their needs – is a method that has been used by unions and community groups for decades. The model encourages workers to become both leaders and activists by building strong relationships with each other, as well as with experienced organizers and union leaders. Workers can transform their workplaces and communities by harnessing these relationships and joining in collective action.

In March 2020, as COVID-19 emerged as a global crisis, I was the organizer responsible for a province-wide strike with the Elementary Teachers Federation of Ontario. Due to COVID-19, my workplace shut down, but the campaign could not stop. I cleared out my office and brought all my wall charts home. Our union would have to adapt and come up with a creative new plan to win.

By the end of March, nearly 11,000 Ontario teachers were going to be laid off. Overnight, distance learning had replaced part-time education as the new norm. Our part-time staffers, a new precariat, saw these rapid changes happening and wanted the same supports as union members.

Prior to this moment, I had never imagined utilizing a Facebook page for a campaign because of anonymity concerns. However, without face-to-face communication safely available, we quickly adapted. Educators were required to use technology in learning, so it wasn’t a difficult transition for them to use these new technologies for our campaign. We started a closed Facebook group to share generic information about Employment Insurance and Canadian Emergency Response Benefits. Once members joined the closed group, we encouraged them to join our first Zoom meeting, which many did.

On March 31, we held our first Zoom meeting with around 70 Designated Early Childhood Educators (DECEs). The group shared their fears and concerns about this unknown virus. Zoom provided a safe space for discussions, and the platform’s security functions allowed members to feel safe sharing their opinions. We also created a WhatsApp group to further facilitate communication.

The committee of women leaders who organized the WhatsApp group met after the Zoom meeting and realized we had drawn support from people we had never even reached out to before. The excitement continued, and we channeled this energy into our collective plan to win. We decided it was time to file our application to the Ontario Labour Relations Board.

The Ontario Labour Relations board, historically, has functioned to protect anti-union employers. However, with the pandemic, new opportunities emerged for labour to fight back. A set of laws allowing for digital submittal of documentation proved extremely favorable to our organizing drive. An employer could challenge the application’s merit, but it seemed we had a newfound opportunity.

The majority of my work during a vote week involves explaining all the red tape and employer-created labour laws enacted to prevent workers from joining unions. I have to ensure that the employer receives the applications through hand delivery, fax, or regular mail. I have to diligently take photos, ensure time stamps, and collect evidence that the union cards are filed in accordance with all the rules. The entire process for filing an application is a bureaucratic nightmare.

With all the uncertainties of the pandemic, we had to move forward and keep building our support. We had a list of about 90 DECEs and had 45 per cent of cards signed in total. We were gaining support, and from our data we learned that new people had pledged to vote yes. Every evening, data was updated, relationships were mapped, and follow-ups were planned. We decided to file with 51 per cent of cards signed. This was a lower number than I had ever filed before, but our turnouts indicated higher support, and we felt we had momentum on our side.

In the process, we faced many technological challenges. Internet servers were “overloaded.” We would hear busy signals anytime we made a call. We had to adjust. We started to make calls over the internet. This highlighted for us another new challenge: due to the pandemic, many people couldn’t afford internet at home.

Despite all these challenges, our application was successful, and the Ontario Labour Relations Board gave us a scheduled 48-hour online vote that would begin April 15. After filing, we received a list of all the employees in the bargaining unit. Then we began mining for information and expanding our connections.

The days leading up to the vote typically involve coordinating outreach to supporters, as well as to opponents, about the union drive. Workers must be ready to go public with their pledge to “vote yes” and to deal with the backlash that can come from their union support. The employer uses this time frame to counter-canvas and do their own anti-union campaign. We knew that with the pandemic, we had an even greater challenge on our hands.

The committee decided, as part of the public campaign, to send photos of themselves visibly supporting the union drive. We were flooded with overwhelming support through selfies. We posted them on Facebook daily. Our organizing committee made calls to each and every person that we knew signed cards. 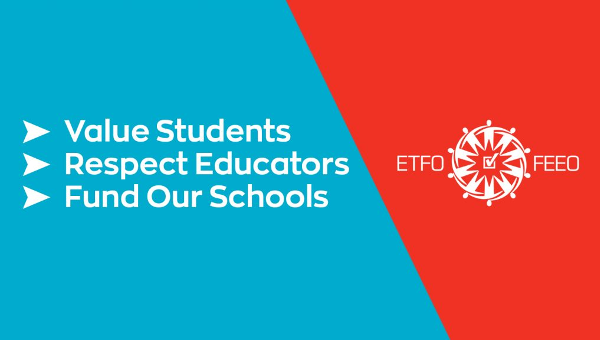 The committee gained incredible traction, connecting with more than 60 workers who had not signed cards pre-pandemic, and having understood the urgency of the campaign, members used Facebook and other technologies to reach out to DECEs they did not know. They made one-on-one calls, texted, and added DECEs as friends on Facebook. Our leaders appeared on Zooms and captivated the audience by speaking up about the importance of a union.

There were people who did not have any relationship with other workers, and no real understanding about the union, who were often highly suspicious of cold calls and texts. Our organizing committee mapped connections so follow-up conversations could take place with people they knew. Zoom meetings continued to play a vital role in making the campaign so public and positive.

We ended up winning the vote. The result was 99 per cent, 126 votes in favour of the union and one lone wolf against.

In this crisis, it was necessary that the organizing committee take swift action and use the tools and resources we had in front of us. Facebook, Zoom, and WhatsApp were used to build on the existing momentum and the urgency for a union. These tools allowed us to connect with a large number of DECEs immediately and build new relationships.

The digital campaign faced new challenges, from lack of privacy, to telecommunications systems being overwhelmed, to the lack of resources and new labour laws. Despite our win, it became clear that face-to-face organizing can never be fully replaced.

Workers continue to confront life and death situations at work and must organize on the job site. Employers and their union-busting lawyers are aware of online organizing and continue to trawl employees’ social media accounts and monitor company devices. Workers should be careful and suspicious of the virtual world.

That being said, there is no time to waste during this crisis. A strong collective strategy from an organizing committee can overcome all the uncertainty and unforeseen challenges. Organizers can and should take advantage of the chaos. Every crisis is an opportunity, and as most employers already have low expectations of “their” employees, now is time to put on a poker face and let them continue to think we can’t, while organizing strategically like we did. We caught them off guard with our sudden application in March when this school board was busy obeying the Conservative government’s attempt to maintain business as usual.

From my experience, unions should take note that workers are ready, willing, and capable of winning in any set of circumstances. Right now, unions need to stop being afraid, because workers are not afraid. We need to step up and support all workers organizing in their workplaces and communities. Even in this challenging time, we have a world to win. •

Aminah Sheikh is a union organizer and political campaigner in Toronto.