The Threat of Fascism Won’t End with Trump

Is Donald Trump a fascist?

In the increasingly perilous build-up to the November 3 presidential election, that question is on many people’s minds, including my own. Four years ago, when Trump was first elected, I read up on German and Italian fascism to prepare myself for such a possibility here. While historical comparisons are difficult to make – Hitler and Mussolini’s rise to power took place almost a century ago – there are some striking parallels. These include the following:

The strategic deployment of fear and loathing – The fascist project defines itself in opposition to both internal and external enemies who ostensibly threaten the purity of the community/race and very survival of the nation. Fascist propaganda uses demonization, dehumanization, and disinformation to spread hate and justify violence against the Other. Conspiracy theories feed the frenzy. Sound familiar? Just as European fascists drummed up fear of communists to secure political power, the Trump administration’s current bogeyman is antifa. The Justice Department recently named New York City, Portland, and Seattle as “anarchist jurisdictions” subject to the possible withdrawal of federal financial support. 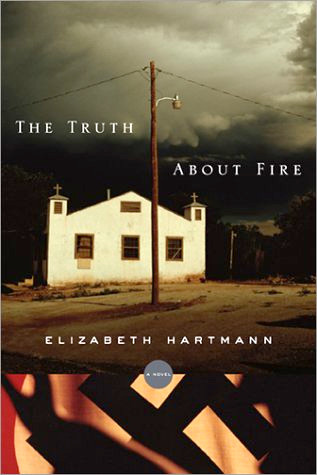 The subversion and perversion of democratic institutions – Trump’s relentless assault on government institutions and agencies, whether through hollowing them out, inserting his own cronies, twisting their mission, or a combination of all three, attempts to weaken the very foundations of constitutional democracy. Even the Post Office has been put in play as a means of voter suppression, and with Ruth Bader Ginsburg’s death, the independence of the Supreme Court is in dire jeopardy. In Nazi Germany and Mussolini’s Italy, the collusion of conservatives was a precondition of fascist takeover of the state. With a few exceptions, the Republican Party has been Trump’s all too willing partner. “The Republican party has and will continue to enthusiastically support the President’s America-first agenda,” reads the short resolution that substituted for a bonafide platform at the party’s recent presidential convention.

Blunting the edge of critical thinking – The late Italian scholar and novelist Umberto Eco, who grew up under Mussolini, underscores the crucial role of language manipulation in what he termed Ur-Fascism, or Eternal Fascism. “Nazi or Fascist schoolbooks made use of an impoverished vocabulary, and an elementary syntax, in order to limit the instruments for complex and critical reasoning,” he wrote. According to English scholar Stephen Clingman, the effects of Trump’s purposeful dumbing down of discourse and attack on the very foundations of meaning are darkly multiplied many times over by the internet and social media.

Paramilitaries and parallel police – In their march to power, the infamous paramilitary Brownshirts of the Nazis and Blackshirts of Mussolini spread terror in the name of rooting out enemies. Once in control of the state, fascist leaders created special police forces outside established organs of law and order to perform their dirty work. The much-feared Gestapo is an example.

Greenlight to the Far Right

While the US is not yet at this point, Trump’s cozy relationship with racist and antisemitic armed white nationalists gives a dangerous greenlight to Far Right vigilantism. He has helped enable the right-wing media’s hero worship of Kyle Rittenhouse, the 17-year-old shooter accused of killing two protesters and injuring another in Kenosha, Wisconsin. The ties and overlaps between militia members, local police forces, and military veterans amplify the risk of violence against communities of color and progressive protestors should the upcoming presidential election be closely contested.

Organizing and deploying the Border Patrol as a parallel quasi-military police force is perhaps the most ominous prefascist development. The special tactical unit, BORTAC, which has a record of racism and brutality, has worked with Immigration and Customs Enforcement (ICE) to ruthlessly pursue undocumented immigrants in Democrat-run sanctuary cities. This summer BORTAC agents were implicated in police-state-style intimidation of protestors in Portland, Oregon. The idea of a border line, epitomized by the wall between the US and Mexico, disguises the fact that the Border Patrol already has extra-constitutional powers in wider border zones within 100 miles of our land and coastal boundaries. These zones are home to two-thirds of the US population.

“In the moral universe I inhabit, the caging of children alone is a reason not to vote for Trump.”

Do such developments mean Trump is a fascist? Fascism expert Jason Stanley argues that it’s not very helpful to frame the question that way. While it’s true that Trump “is pushing already existing fascist forces further,” those forces have a long history that didn’t begin with Trump nor will they end with him. Conservatives and liberals alike share the blame for the contemporary build-up of the racist prison-industrial complex and the assault on immigrants. Congressional support of hyper-militarization and permanent war remains a largely consensual bipartisan affair.

Within the Trump administration, perhaps the person closest to being an overt fascist is senior adviser Stephen Miller, who spearheaded the 2018 family separation policy at the border that caged children in concentration camps. Before the practice was forced to end, 3,000 children were separated from their parents, and Miller wanted to separate 25,000 more. Arguably he was testing the waters for more severe and widespread repressive measures, not only against immigrants.

In the moral universe I inhabit, the caging of children alone is a reason not to vote for Trump. But one of the lessons the history of fascism teaches us is that conventionally “good people” are willing to go along with evil things. At its electoral height, the German Nazi Party gained 37 per cent of the vote. Trump’s base is a similar size.

A resounding defeat of Trump and his Republican allies is necessary but not sufficient to stop the growth of fascism in America. There is no guarantee, for example, that under a Biden administration the police state mission-creep of the Border Patrol and ICE will cease. It will take sustained progressive political pressure now and into the future to dismantle the powerful fascist forces that threaten our democracy. •

Betsy Hartmann is the author of The America Syndrome: Apocalypse, War and Our Call to Greatness (Seven Stories Press/NY) and Reproductive Rights and Wrongs (third edition, Haymarket Books) as well as two political thrillers about the Far Right. She is a professor emerita of Development Studies at Hampshire College in Amherst, MA and a well-known commentator on ecofascism. Visit her website BetsyHartmann.com.