It’s Time for Salting to Make a Comeback: The New Terrain for Union Organizing

Building a viable socialist movement in the United States relies on building the power of the working class through unions. At this moment, with union membership in the private sector hovering around 6 percent, there is no more important task than organizing the vast masses of unorganized workers into unions. Further, revitalization of our existing unions also requires a massive infusion of new members who bring with them the energy, effervescence, and clarity that comes through struggle to build workplace unity and overcome employer opposition. Thankfully, the present moment holds out this possibility.

In this “movement moment,” workers are rising up in retail, logistics, gaming, news, hospitality, and many other sectors, either self-organizing or joining existing unions. Fanning the flames of worker discontent and providing organizational assistance is a crucial task of the moment. There is no better way to do this than for committed political activists to go to work in key sectors of the economy and promote organizing from the bottom up.

In other words: it’s time to salt. 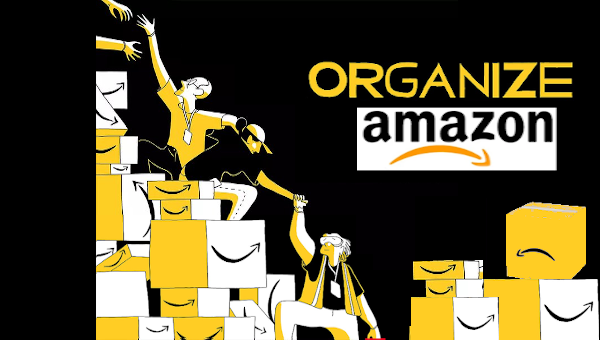 New York Times labor reporter Noam Scheiber recently described the journey of Rhodes Scholar Jaz Brisack, who took a job as a barista at a Starbucks store in Buffalo, New York. She helped lead a campaign with her coworkers to form a union with Workers United, an affiliate of the Service Employees International Union (SEIU), and win the first successful Starbucks National Labor Relations Board (NLRB) election last December.

Since then, Starbucks workers have triggered a wave of successful elections at cafés across the country — over two hundred election wins to date. Recently, some of these workers have engaged in coordinated strikes and job actions. Their organizing has benefited from the acumen and commitment of “overeducated” workers like Brisack, some of whom consciously took jobs at Starbucks to organize.

Salting has a long and glorious history in the labor movement. The most famous example was described by historian Robert Bussel in From Harvard to the Ranks of Labor. Bussel chronicles the odyssey of Powers Hapgood, the scion of a wealthy New England family who left Harvard in the 1920s to work in the coalfields of Pennsylvania and join the United Mine Workers. John L. Lewis, the legendary leader of the union and one of the founders of the Congress of Industrial Organizations, the union federation that played a central role in sparking and consolidating union upsurge in the Great Depression era, drafted Hapgood in 1935 to help organize the rubber manufacturing industry in Akron, Ohio.

There are several explanations for the origins of the term “salting.” Some say it comes from pouring salt into the wounds to aggravate the contradictions. Others say that it is a metaphor from “salting a mine” to bring out its rich ores — and thus the discontent of workers. The tradition of organizers entering the working class to organize unions or strengthen existing ones has a long and honorable tradition. Carey Dall and Jono Cohen, for example, two young college grads who were athletic enough to handle bike messengering in San Francisco in the 1990s, have written about their experience as salts. Working closely with the International Longshore and Warehouse Union, they successfully organized the workers at their respective companies.

In October 2018, we wrote a call in Jacobin to salt at Amazon. The article suggested that interested potential salts reach out to us, and we got a small-scale but enthusiastic reception. The most memorable response was from a graduate student doing PhD fieldwork in Chile, who upon reading the article decided that the academy was not for him and returned home to work at Amazon.

Fast-forward to the present, and the buzz is on for salting at Amazon. First, the failed initial organizing drive and vote at the massive fulfillment center in Bessemer, Alabama, captured the attention of the Left and the entire country. Despite the Retail, Wholesale and Department Store Union’s defeat there, it sparked wider interest in the possibility of organizing workers at Amazon. Similarly, the huge election victory on April 1 at the Staten Island JFK8 fulfillment center further raised interest to a new level. In both the second Bessemer election and the successful election in New York, salts played a significant role buttressing and supporting the existing workers’ leadership in the facilities.

These high-profile campaigns have helped generate interest in salting on college campuses across the country. Presentations by members of the Young Democratic Socialists of America, who are part of the DSA Labor Commission’s subcommittee on logistics, have been made at over forty college campuses to date.

As Amazon struggles to recruit new workers to replace its massive personnel turnover of 150 percent annually, the terrain for salting is even more favorable. The company’s desperate need for workers trump any strict security precautions around hiring.

As wizened old salts who became class traitors in Massachusetts in the ’70s and early ’80s, we reiterate the call to salt or “industrialize.” Our lives are far richer for having done it. More importantly, there is no substitute for the power of salts building committees and participating in workplace actions to strengthen shop-floor leadership. At Amazon’s giant fulfillment and distribution centers with high turnover, salts and internal organizers are the key to successful organizing.

There is no shortage of salting possibilities in larger organizing campaigns — it is an essential part of salting being successful rather than isolating and frustrating, as a salt can’t be particularly effective working solo. It will take many, many more Staten Islands to win at Amazon (and even on Staten Island, the fight is far from over).

Interested in a union job? The Teamsters are linking their huge contract fight with UPS in 2023 with the battle to organize Amazon, the latter of which is undermining long-established labor standards in the warehouse and package-delivery sector. Get a job at UPS and help build the Teamsters’ power to organize Amazon.

Is organizing in the South your priority? Despite the union loss at Amazon’s Bessemer, Alabama, facility, there are many organizing opportunities throughout the region at other Amazon locations. Salts can foster internal strength and engage in mass action at strategic nodes to disrupt Amazon’s operations.

Being a barista at a Starbucks can now be an organizer’s dream. The continuing success powered by internal organizing is overwhelming CEO billionaire Howard Schultz and his union-busting law firm, Littler Mendelson. Management’s capacity to deal with the spreading wildfire of NLRB elections is being severely tested, though Starbucks is throwing everything it has against its organizing workers. But if organized Starbucks cafés reach a critical mass and militant actions threaten its business model, Schultz will have to seek out the union and beg for a contract.

Can the various forces at Amazon spread a similar conflagration to other large workplaces? Only with a huge infusion of committed salts is such a project even imaginable.

The opportunities for organizing right now are enormous. If we don’t seize them, we’ll squander a rare chance to rebuild labor’s power. So what are you waiting for? As the doo-wop band the Silhouettes sang in 1956, “Get a Job.” •

Peter Olney is a retired organizing director of the International Longshore and Warehouse Union (ILWU). He has been a labor organizer for forty years in Massachusetts and California.

Rand Wilson, a union organizer since the 1970s, is chief of staff at SEIU Local 888 in Boston.