Election in Tanzania: The Battle of Neoliberal Agendas

Tanzania will be going to the polls on 28 October 2020 to elect the president, national assembly and local councillors. The semi-autonomous island of Zanzibar is, in addition, to elect its president and house of representatives. From a population of 55 million, over 30 million are registered to vote at more than 80,000 polling stations.

Some 15 presidential contenders have entered the race for the State House, two of them in the front line. They are the incumbent Dr John Magufuli from the CCM (Chama Cha Mapinduzi) party, and Tundu Lissu from CHADEMA (Chama cha Democrasia na Maendeleo). 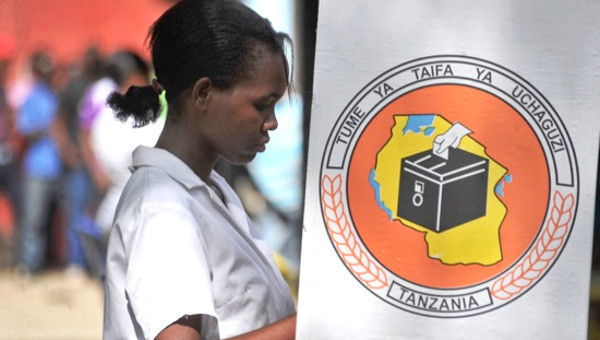 In Zanzibar, it is a two-horse race between Dr Hassan Mwinyi (CCM) and Seif Sharrif Hamad from ATC (the Alliance for Change and Transparency-Patriotic).

The ruling CCM party has dominated the political scene since independence in 1961. After the restoration of multi-party politics in 1992, it has won all the five elections so far.

In 2005, CCM presidential candidate Jakaya Kikwete got a landslide victory with over 80% of the popular vote, but in 2010 he managed only 61%. Then came Magufuli in 2015, and he scraped through with 58 per cent. This was the lowest margin in the country’s elections.

The Current Situation Before the Elections

Yet, once in power, Magufuli earned popular support by going after corrupt and carefree officials, enforcing fiscal discipline, and empathising with the downtrodden. He often interacts and engages with the public on their burning issues and delivers instant remedies.

By so doing, he has endeared himself with the hoi polloi. In the urban centres, street hawkers were given the green light to do business without being roughed up by city police. Farmers were given the lands that belonged to rich investors. And so, wherever he goes, people mob him, and he, in turn, holds impromptu people’s courts where poor villagers raise complaints against local officials and village tyrants.

On the other hand, he alienated some members of the elite who saw their spaces being narrowed. His aggressive style led to his nickname the Bulldozer, while internationally, he is taken as an isolationist, having eschewed global trips and lavish conferences. He is now running for his second, and last, term.

Magufuli’s main challenger Tundu Lissu is a firebrand lawyer and former MP who survived an assassination attempt in September 2017 when he took 16 bullets in the capital city Dodoma. He subsequently spent three years in Belgium where he underwent multiple surgeries before returning in July this year. While in Belgium, he was stripped of his parliamentary seat.

Prior to the electoral campaign, controversies emerged during the registration of candidates by the National Electoral Commission (NEC). Opposition candidates in 144 parliamentary constituencies appealed to NEC, challenging their elimination from the electoral process. In Zanzibar, ACT complained that its 47 candidates, including 16 from Pemba, were disqualified.

Tundu Lissu told a rally that 53 Chadema contestants for parliamentary seats had been arbitrarily excluded from the race due to what NEC termed as “irregularities.” This left 18 CCM candidates to run unopposed, and declared elected. They include heavyweights like Prime Minister Kassim Majaliwa and Parliament Speaker Job Ndugai.

Meanwhile, the NEC assured that it would work on all appeals and resolve the stalemate. “Those confirmed to have been eliminated contrary to procedures will be reinstated,” NEC director said. But the opposition has called for the NEC to be reformed, claiming that it is not independent from the ruling party.

On the Campaign Trail

Once the registration was done, CCM and Chadema embarked on campaign trails, criss-crossing the country. Chadema wanted to use a helicopter, but they were turned down by the Aviation Authority, citing the age of the pilot who is 65. CCM was given the go-ahead for the helicopter.

Magufuli’s campaign is based mainly on showcase projects accomplished since 2015 by his government in improving the economic and social infrastructure. This includes 1,198 dispensaries, 483 health centres, 71 district hospitals, 10 regional hospitals, and three zonal hospitals.

He also talks of the rural electrification scheme under which 9,112 villages have been connected to the national grid, from a total of 12,268 villages. Under this first scheme of its kind in Africa, Magufuli promises to connect the remaining villages within two years, if re-elected.

Magufuli also takes credit for 3,500 kilometres of roads as well as bridges, flyovers, and interchanges that his government has managed to construct in the past five years, plus his historic Standard Gauge Railway that runs through central Tanzania, costing TZS (Tanzania shilling) 7.5-trillion, and undertaken by Turkish contractors.

Other pet projects of Magufuli include the procurement of 11 aircraft from Canada and the construction of the grand hydro-electric power plant in the Rufiji River that is to generate 2,115 megawatts. The dam, costing TZS 6.5-trillion, is being undertaken by Egyptian contractors.

As well, Magufuli has announced a plan to purchase five more planes if re-elected.

Perhaps Magufuli’s greatest achievement was when, after lengthy and acrimonious negotiations, the Canadian corporate mining firm Barrick Gold surrendered 16% of its shares and promised 50% of its benefit to the government.

CCM claims that under Magufuli the national economy is growing at a rate of 6.9 per cent as compared to 6.2 per cent in 2015, while inflation rates have remained stable at a single digit of 4.4 per cent. The lowest rate of 3.4 was recorded in 2019.

He takes pride that under him the tax collection has gone up from TZS 800-billion monthly average in 2015 to TZS 1.5-trillion monthly from July 2019 to April 2020. He attributes this to measures taken to block fraudulent tax evasions, and dubious tax exemptions.

The milestone achievement in the Magufuli administration was when, on 1 July 2020, the World Bank announced the elevation of Tanzanian economy from low to lower-middle income status. This came five years ahead of earlier projections. The government says this means it can now access international credit markets.

Meanwhile Tanzania’s national debt in relation to GDP has been rising (see table 1).

While Magufuli and CCM have been flaunting their government projects and undertakings, opposition parties, obviously, have nothing much tangible to brag about except their election manifestos and pledges.

ATC, for example, pledges to provide free university and college education. The party promised that students will not be paying tuition fees, while loans will be provided for meals and accommodation. Money is expected to come from the Skills Development Levy (2 per cent of the salary) that the ATC government plans to collect from private and public employers. At present, four per cent SDL is levied on salary paid in private sector alone.

ATC also pledged to provide free medical insurance to all citizens as a matter of right.

The ATC candidate for Zanzibar’s president is Seif Sharrif Hamad, an old hand who, in the past elections, has given CCM a good run for their money. This time he is challenging CCM candidate Dr Hassan Mwinyi. In the past, the island election results have always been hotly disputed by Hamad, alleging fraud and vote rigging.

The ATC manifesto also promises to restructure the Union Constitution, aiming at distancing Zanzibar from the mainland “dominanc.” Oil and gas, for example, would be removed from the list of Union matters.

Chadema, on the other hand, pledges to deliver a new constitution, curtailing presidential power, thus empowering the people to elect their own leaders from the national level down to the village. The country would be carved into autonomous self-ruling regions, and the president would be answerable to the Parliament. Lissu promised to bring about these changes within 100 days.

In the international arena, Chadema promised to strengthen ties with foreign countries in order to “acquire scientific and technical skills.” Efforts would be made to learn from Asian countries, “particularly from China.” The party also promised that its government would make sure that Tanzania plays a leading role in promoting Pan-African unity, thus fulfilling the dream of Julius Nyerere and Kwame Nkrumah.

Actually, Chadema is a member of the International Democrat Union (IDU), an international alliance of “centre-right, right, and conservative political parties.” Chadema thus hobnobs with its “sister” parties such as the Conservatives in Canada and the UK, the Republicans of the USA and the Likud of Israel. The IDU provides a forum in which “political parties holding similar beliefs come together and exchange views on matters of policy and organizational interest.”

On that score, CCM can hardly be characterized as an anti-imperialist or progressive party, despite its membership to the Socialist International, and despite its tendency to brand the opposition as “imperialist agents.” It is akin to the driver who indicates left but turns right.

During the era of Ujamaa socialism between the 1960s and the 1980s, CCM and its government were guided by “liberation diplomacy” based on the pursuit of Pan-Africanism, South-South solidarity and support of liberation struggle.

In the current neoliberal era that has metamorphosed into “economic diplomacy,” Sabatho Nyamsenda (University of Dar es Salaam) relates how one newspaper captured Magufuli’s foreign policy shift in its story with a heading “JPM ‘echoes’ Trump, says Tanzania firs.” It was about Magufuli’s speech that he made at the University of Dar es Salaam, once a hotbed of revolutionary politics in Africa.

In his speech, Magufuli declared: “We carried the burden of other people’s conflicts for too long … our goal is to focus on the interest of our country … Tanzania has made many sacrifices in the past on behalf of other nations … now we have to change … Tanzania first … let them continue with their animosity … I have decided to restore ties with Israel. Just by appointing a new ambassador (to Israel), we have received 600 tourists from Israel … Our goal is to focus on the interests of our country – Tanzania first” (quoted in the Guardian on Sunday 16th April 2017).

Nyamsenda says Tanzania used to show some sympathy with the oppressed people of Palestine, Western Sahara, and South Africa under apartheid. Now we see Magufuli asking the former South African President Jacob Zuma to show gratitude, in monetary terms, for Tanzania’s assistance to the anti-apartheid struggle.

In essence that is the economic diplomacy that Dr Ng’wanza Kamata (University of Dar es Salaam) describes as “a tool of the neoliberal project to facilitate accumulation by dispossession.”

The NEC issued lists of 96 organizations approved as election observers. They include prominent judges from Kenya and Uganda who have formed the Tanzanian Election Watch panel, an independent body comprising leading African human rights activists and media professionals.

The lists exclude major human rights organizations that have historically coordinated election monitoring in the country, including the Tanzania Human Rights Defenders Coalition, the Legal and Human Rights Centre, the Tanzania Constitution Forum, and the Tanzania Election Monitoring Committee.

In the run up to the election, there are already allegations of irregularities likely to tarnish the final report to be submitted by monitors and observers. Human Rights Watch (HRW) says that since mid-June 2020, the government has arrested at least 17 opposition party members and critics of the government, suspended a rights group, and cancelled the license of another.

The government has reportedly arrested and briefly detained members of ACT and Chadema on such grounds as “endangering the peace” or unlawful assembly. The court found Zitto Kabwe, the ACT leader, guilty of sedition for his 2018 remarks and ordered him not to write or say anything seditious.

HRW also says the authorities have revoked the license of a newspaper affiliated with an opposition member.

In July, the police arrested and held Sheikh Issa Ponda, secretary of the Council of Imams, for nine days, then released him on bail. This was after the Council issued a statement calling upon the government to ensure independent and fair elections, legislative reform, and equality for Muslims. •

Nizar Visram is a free-lance writer from Tanzania. He can be reached at nizar1941@gmail.com.