Limits of Ontario’s Mineral Strategy: The Magino Mine Approval

On June 11, 2020, 21 lakes, streams and wetlands in northern Ontario were re-characterized as a mine tailings impoundment for the proposed Magino gold mine. This magical transformation took place through Schedule 2 of the Metal and Diamond Mining Effluent Regulation (MDMER) under the federal Fisheries Act. Although the Act says it is illegal to “put deleterious substances into waters frequented by fish,” the MDMER creates a number of exemptions for the mining industry. As of July 2020, across Canada 64 “water bodies” are exempt. Prodigy Gold, the mine owner, now has the key permit to proceed with one of the largest gold mines in northern Ontario. 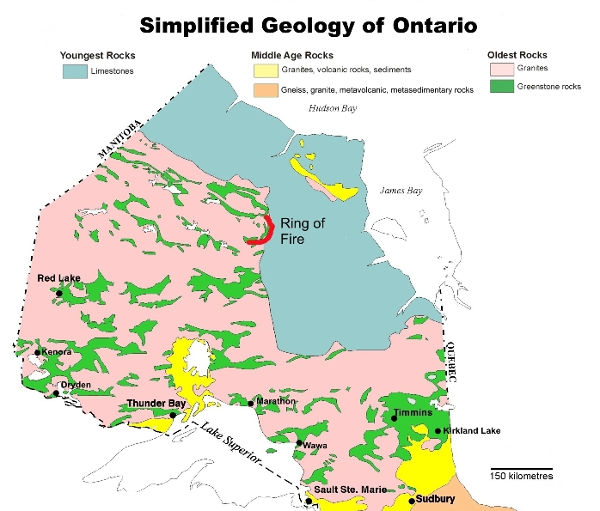 Prodigy Gold Incorporated, a wholly-owned subsidiary of Argonaut Gold Incorporated, is planning the construction, operation, decommissioning and abandonment of an open pit gold mine and metal mill located 14 kilometres south-east of Dubreuilville, Ontario. Mining would occur over 10 years. The on-site metal mill would have an ore input capacity of 35,000 tonnes per day and would operate for approximately 12 to 15 years. During its last years, it will process a low-grade ore stockpile.

The final area disturbed by the mine will be 1,135 hectares. This figure does not include elevated arsenic, copper, manganese and cadmium levels in Herman, Otto, Spring, and Goudreau lakes, and in McVeigh Creek.

Nor does it include the risk of a catastrophic tailings dam failure of the waste rock dams holding water-saturated mine wastes. The Tailings Management Facility will eventually hold 150 million tonnes of thickened tailings (45-65% water), in an area where “the water surplus must be carefully managed.” Another 400-430 million tonnes of waste rock will be generated. Fortunately, less than 5% of this is expected to be acid-generating.

The area where the mine will be is no stranger to mining. Magino is on the site of a former underground mine and is considered a “brownfield site.” Around Wawa, the legacy of arsenic contamination from historic mines and mills continues to be a problem, and in the area near the Magino project, there are ten abandoned mines. In addition, the Wawa Plume – “a 24-km trail of environmental destruction,” the legacy of the Algoma Ore iron sintering plant – remains clearly visible from space.

Abutting the east side of the project, Alamos Gold has the producing Island Gold Mine, and to the south, the Eagle River and Mishi Pit gold mines are in production. Not far away, at Hemlo, is the Williams Mine. But these mines have much lower production rates: Island Gold mills only 900 tonnes per day; Eagle River mills 1500.

The approval process for the Magino Mine illustrates everything that is problematic with mineral strategy in Ontario:

Ironically, the coronavirus pandemic has given new life to the gold mining sector, as international investors have scrambled for “safe haven” assets amidst the economic chaos unleashed by the virus. On July 26, the gold spot price hit a record high above US$1920, surpassing its previous 2011 peak in the midst of the Eurozone crisis.

For many analysts, including the US bank Citigroup, gold has nowhere to go but up, as hedge fund managers and other “sophisticated investors” bet on the metal in fear that central-bank measures to contain the economic crisis will debase major currencies. For investors, the fear is that governments will either have to raise taxes or print money – leading to inflation – to pay down their coronavirus debts, possibilities that make holding real assets like gold more attractive than currency-denominated assets.

Wall Street, Bloomberg reports, is now “throwing billions” at gold miners. Gold mining companies raised $2.4-billion in secondary equity offerings during the second quarter – seven times more than they raised last year. While big players like Barrick and Newmont have been the main beneficiaries, “juniors” (mining exploration companies) are also starting to get in on the action. 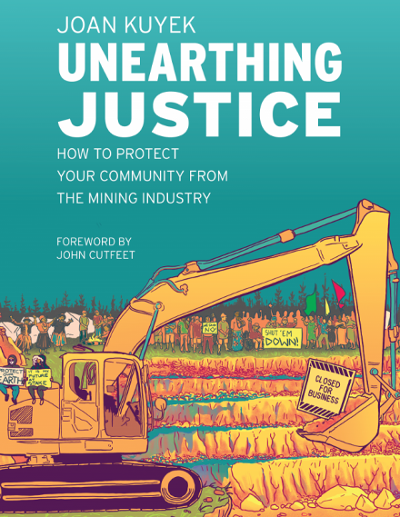 These trends are already having ripple effects in Ontario, where, once-marginal projects now appear profitable. Toronto-based IAMGOLD, for instance, announced its plans to move ahead with its “massive” $1.3-billion Cote Gold mine near Gogama in partnership with Japan’s Sumitomo Metal Mining Co. after having previously shelved the mine in January 2019, citing “poor market conditions.”

Argonaut Gold is also benefiting from the COVID-19 gold rush. On July 23, the company announced that it had raised more than $126-million through a public offering of 49 million shares to advance mine construction.

While it’s hard to predict how long the current boom will last, Wall Street’s newfound love affair with gold does not bode well for Ontario’s environment, nor for the province’s or industry’s relationship with communities and Indigenous peoples. Mining investors are notoriously irrational. Though it takes years to get from finding an orebody to turning into a profitable mine, mine financing is driven almost entirely by short-term price considerations.

If the recent past is any guide, Ontario’s junior gold sector can count on a big influx of cash to fund new exploration projects in the short term. Despite “modernizing” its mining legislation a decade ago, Ontario continues to offer mining companies a free hand to scour the province for profitable minerals. As the province’s Guide for Crown Land Use Planning puts it, “The Mining Act establishes a free entry/open access environment where as much land as possible is open for exploration and mine development.” Renewed conflicts like the ones we saw at Kitchenuhmaykoosib Inninuwug and near Sharbot Lake a decade ago are all but inevitable, as Ontario continues to allow mining companies to stake claims on culturally and ecologically sensitive lands as well as traditional Indigenous territories without first gaining their consent.

The Magino mine approval in the context of the latest gold-staking frenzy underscores the vital need to reform Ontario’s mineral strategy to put people and the environment ahead of the industry and Wall Street’s short-term profit. •

This article first published on the Ontarians for a Just Accountable Mineral Strategy website.