The Labour Party Machine versus Corbyn

In our new book Searching for Socialism, we noted the way the party’s general secretary, Iain McNicol, and his staff were involved in exploring the possibility of preventing Jeremy Corbyn from contesting the second leadership election in 2016, and we speculated that Labour might have won the 2017 election if McNicol’s officials had not withheld election funds from seats that the party came very close to winning. The recently leaked internal report on party officials’ handling of antisemitism complaints goes a long way to support this view. 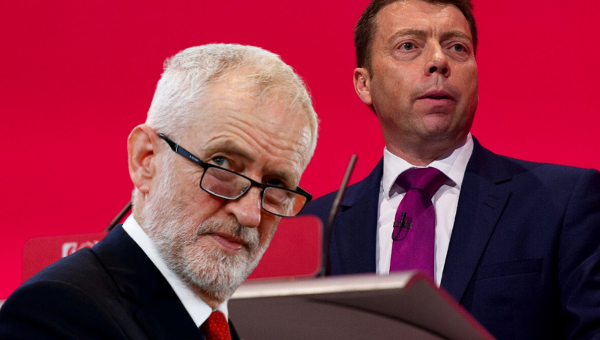 It shows that some key senior officials were bitterly opposed to the leader and were concerned above all to defend the seats of Labour MPs opposed to Corbyn – seats which, in fact, proved to be very safe, thanks to the electoral surge Corbyn’s leadership inspired – and to withhold support for candidates they saw as supportive of him, in seats which could have been won. They expected the party to lose, and hoped it would lose so badly that Corbyn would have to resign.

As John McDonnell has noted, as few as 2,500 more votes across just seven marginal constituencies, votes which might have been won if more resources had been devoted to them, could have put Corbyn, rather than Theresa May, in a position to form a minority government – a government which would surely have used the next two years to set about rebuilding the National Health Service (NHS), well before the Covid-19 pandemic struck. It would also have had a good chance of negotiating a Brexit deal by the 2019 deadline, and preventing the democratic vision of the 2017 manifesto being buried by the Brexit exhaustion which resulted from the intransigence of the Tory hard right.

It is painfully clear that a heavy price was paid for the decision, taken in the interest of party unity, to leave Iain McNicol and his staff in post for the first two years of Corbyn’s leadership.

Of course, it is not surprising that after 13 years of New Labour most of the party’s senior officials were now Blairites. What is striking about their behaviour, as revealed in the March report, is not just their passionate hostility to Jeremy Corbyn’s politics, but even more, how entitled they felt to try to replace them, against the clearly expressed wishes of a dramatically expanded membership. They, of course, knew that in doing this they had the private backing of a majority of Labour MPs, but it is also important to recognise that they were acting fully in line with past practice.

As we show in our book, the party’s staff had always functioned to enforce the grip of the right-wing parliamentarists on the party and exclude or weaken the socialist current within it. Their enthusiastic “validating” of new party members prior to the 2016 leadership election, to exclude anyone seen as a socialist (“Trots” in their parlance), was in a direct line of descent from the work that party staff had done throughout the Cold War years to expel from the party people seen as insufficiently Atlanticist. The resistance of so many of the party’s staff to the long struggle for internal party democracy through the 1970s, and the priority they gave to burying all traces of it in the run-up to Labour’s 1983 electoral defeat (which Jeremy Corbyn at the time notably attributed to “the incompetence of the party machine”) paved the way for their more ruthless practice under New Labour to exclude left wingers from winning selection as parliamentary candidates.

On the issue of antisemitism in the party, we noted in the book that the issue had been twisted to make Corbyn’s – and eventually any Labour MP’s or member’s – support for Palestinian rights into evidence that they were anti-Semitic. And now the report also shows that so far from condoning antisemitism, Corbyn’s office tried hard, but unsuccessfully, to get the responsible officials to deal effectively with the complaints that were being made during McNicol’s tenure. The officials seem to have been so focussed on undermining the leadership that they neglected to deal properly with all complaints, not just those about antisemitism. But they allowed Corbyn and the party to be pictured as condoning antisemitism, and even as being anti-Semitic themselves, a slander enthusiastically propagated by the media, and not least the Guardian and the BBC. The contribution of this to the party’s defeat is unknowable, but Labour canvassers found it frequently cited against Corbyn on the doorstep. 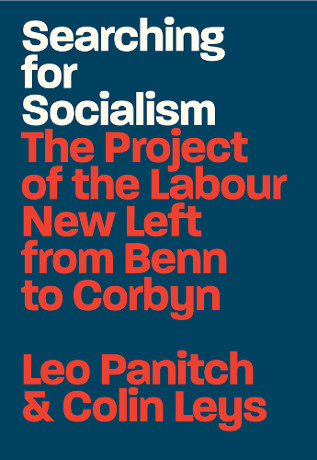 Alternative Conception of the Party

However, one of the most telling passages in the report’s 851 pages, which goes to the heart of what the Labour new left project had always been about, is an exchange between two Labour Party regional officials who were discussing Momentum’s initiative to recruit their own regional organisers early in 2016. This development threatened the regional officials’ control of the party at the grassroots, but one of them frankly admitted that Momentum’s underpaid organisers would “do the groundwork we cannot be arsed doing and they will engage the members in a way we cannot be fucked with. They are going to be so motivated.” Here, in a nutshell, was the alternative conception of the party that the Corbyn project had inherited from the new left of the 1970s: a party engaged with people’s concerns and political struggles at the grassroots, and consequently, able to win elections and push through radical changes with mass popular support.

But the way the report describes the party officials’ efforts to block this as “factional” is misleading. Calling it “factionalism” tends to imply a kind of equivalence between what they stood for and what they wanted to prevent. But the Corbyn project was not just an alternative to Blairism. It not only stood for, but also took some serious steps toward advancing, an alternative conception of democratic politics capable of finding progressive solutions to the fateful problems which must be resolved in the 21st century, or not at all. •