The Unwoke are Awake

For many on the British left, now in deep grief as the implications of last Thursday’s general election results sink in, the most abiding memories of the Labour Party’s campaign in this, and the 2017 election, will be those stirring videos, featuring music by Emeli Sandé and Lily Allen and directed by towering talents like Ken Loach showing a romanticised view of the British working class, in all its diversity, its suffering, its historical values and its hopes for the future. Many freely admit to being moved to tears by them. They connect deeply with the aspirations behind the slogan “for the many, not the few,” allowing us all to feel part of a larger community of the oppressed and vulnerable as well as part of the solution to its problems. 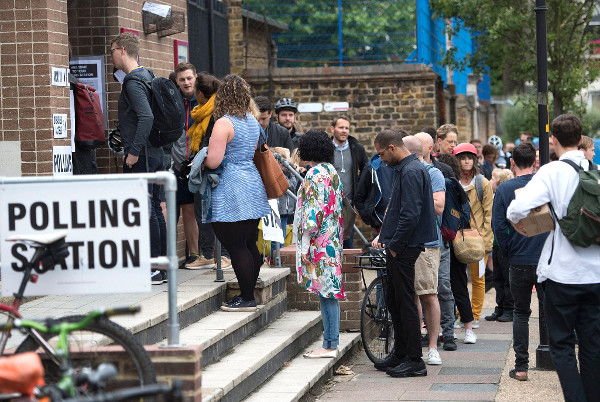 But could it be that the concept of ‘the many’ is actually part of the reason why Labour did not win these elections? In its vague all-embracing character it echoes other categories that have been popular among sociologists as well as activists of the left in the post-modern period: the ‘99 per cent’, the ‘multitude’, the ‘precariat’. As I argued in my last book, Labour in Contemporary Capitalism: What Next?, these categories do very little to explain the specific positions that workers occupy in the complex global division of labour and risk suggesting that there are simple political solutions to what are, in reality, very complex problems. Real divisions within the working classes, based on structural as well as cultural differences, cannot be wished away so simply by glib sloganising.

For the tens of thousands of active Labour supporters, such reservations must seem unthinkable. Their attitudes are the products of decades of education and nurturing of class consciousness. Some of this education has taken place within the institutions of the working class – trade unions, the Labour Party, local working peoples’ clubs. Some has taken place in the workplace, especially in the public sector, where vigilant HR policies have emphasised the importance of avoiding discriminatory and abusive behaviour and the need to treat all clients with equal respect. Some of it has come from growing up in large, and increasingly multicultural, cities, where at least two generations have now attended comprehensive schools in which their fellow pupils come from a range of different ethnic backgrounds, and they have got to know them personally and often intimately. Those who grew up outside the seething metropoles who were able to progress educationally may have encountered diversity first when they went to university, or when they travelled abroad, but they have certainly met it. Wherever they came from, ideas of tolerance and equality of opportunity serve as common taken-for-granted values for a high proportion of the British population, especially the young, many of whom, in the current jargon, regard themselves as ‘woke’.

The difficulty is that the very creation of the category ‘woke’ sets up the counter-category of the ‘unwoke’. People who do not share the ‘woke’ values are likely to be characterised as racist, sexist, homophobic and transphobic. Not only are they considered stupid and unenlightened; they may even be demonised as proto-fascist ground troops, vulnerable to any siren call from the far right that is directed toward them.

And therein lies the problem. Nobody likes to be labelled stupid or ignorant. Or to see their culture demonised.

To try to understand what it might be to be unashamedly ‘unwoke’ it is perhaps useful to think back to one’s schooldays, the school playground being, perhaps, one of the places in which the social division between the cool and the uncool, the popular and the unpopular, the woke and the unwoke, is most nakedly evident.

There can be few of us who did not in our childhood know, or at least observe, what life was like for kids who were laughed at or bullied for wearing the wrong kinds of clothes, failing to appreciate the irony of oblique cultural references, liking the wrong kinds of music, speaking with the wrong kinds of accent, having parents who were embarrassing because of their lack of education, lack of a job, lack of the funds to pay for a school trip or nerdy tastes.

Uncool they may have seemed to the cool kids, but they were not necessarily unaware of the situation. Talk to them in private and you might find a nuanced analysis, sometimes very contemptuous of the values of those cool kids. No, they actually did not like that kind of music. No they did not see the point of trying to court their favour. They were actually quite proud of their parents’ values and culture even if there was no way to express this at school. They could not wait to grow up to get away from this environment into a situation where they could find themselves among like-minded friends. Sometimes they saw the cool kids as weak followers of fashion, desperate for popularity and approval. Sometimes they saw them as bullies.

There are many grown up versions of these kids across the country. They include people who chose to leave London in the 1980s and 1990s to settle in parts of Essex where they could try to recreate the culture of the closed (and largely white) working-class communities in which they had grown up. They include the inhabitants of single-industry towns in South Wales and North-East England struggling to maintain the solidarities that had been built up by their parents’ generation. They include many people who simply dislike the way that popular culture has developed in the post-modern period with its sneering reality TV documentaries and mashed-up talent show music and bricolage culture. For every person who delights in the way that Stormzy supported Corbyn there are probably several more who feel that they do not understand his sort of music at all and, indeed, hold it, along with other genres of music they do not ‘get’, partly responsible for the disappearance of the sort of music they do like. For every person who is moved by Loach’s depiction of the British working class there is another who remembers cynically how the nostalgic music and setting of the “boy on the bike” advertisements were used to sell them Hovis bread.

What these people emphatically do not want is to be sneered at, patronised, preached to or told what to think by people who (they suspect) see themselves as morally and socially superior: people who, for all their sentimentalisation of working class life, are essential voyeuristic. Rightly or wrongly, they regard the ‘woke’ as superficial and manipulative: survivors who have managed to be nimble enough to negotiate the shifting terrain of the neoliberal labour market to gain themselves a foothold in it, whether in the media or in politics; shifty manipulators of public opinion; or, at best, naïve kids who do not understand their own privilege.

What do they want? These unwoke people who woke up enough to brave the horrible weather the day before yesterday to queue at a polling booth so they could vent their frustration? I’m only guessing here but suspect that many of them (like some parts of me) just want it all to go away. Please, please, please leave me alone to get on with my life, however constrained. Stop lecturing me, stop telling me I’m stupid. Don’t presume you know better than me. And, perhaps, lurking under the surface, at least for some of the older people, the demand that they know in their hearts cannot be met, take me back to the safety of the world I grew up in. Please.

Of course we know that this is wishful thinking. But we ignore at our peril the emotional place it is coming from. In the longer term we will have to start the patient work of building a new movement, based not on simplistic notions like ‘the many’ but on a recognition of the specificities of the positions that different groups of workers occupy in the global division of labour, their cultures and the real conflicts of interest that exist between them. This is heavy work, requiring a lot of careful listening and building from the bottom up. In the meanwhile, I guess many of us will end up, as we did after Thatcher’s election in 1979, reduced to wearing badges that say “Don’t blame me. I voted Labour.”

Ursula Huws is Professor of Labour and Globalisation at the University of Hertfordshire, UK, and the director of the social and economic research consultancy Analytica. She is the author of Labour in Contemporary Capitalism: What Next?, and maintains a blog at ursulahuws.wordpress.com.