Is a Democratic Biopolitics Possible?

Giorgio Agamben’s recent intervention (“The Invention of an Epidemic”) which characterizes the measures implemented in response to the Covid-19 pandemic as an exercise in the biopolitics of the “state of exception” has sparked an important debate on how to think of biopolitics. 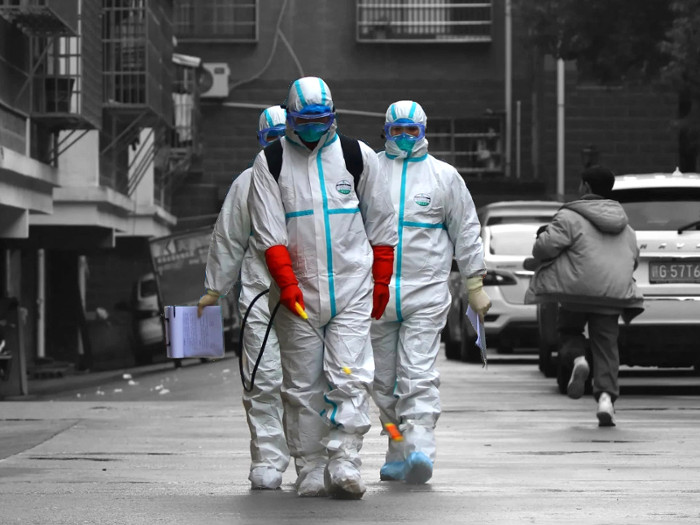 The very notion of biopolitics, as it was formulated by Michel Foucault, has been a very important contribution to our understanding the changes associated with the passage to capitalist modernity, especially in regards to the ways that power and coercion are exercised. From power as a right of life and death that the sovereign holds, we pass to power as an attempt to guarantee the health (and productivity) of populations. This led to an expansion without precedent of all forms of state intervention and coercion. From compulsory vaccinations, to bans on smoking in public spaces, the notion of biopolitics has been used in many instances as the key to understand the political and ideological dimensions of health policies.

At the same time it has allowed us to analyse various phenomena, often repressed in the public sphere, from the ways that racism attempted to find a ‘scientific’ grounding to the dangers of trends such as eugenics. And indeed Agamben has used it in a constructive way, in this attempt to theorize the modern forms of a “state of exception,” namely spaces where extreme forms of coercion are put in practice, with the concentration camp the main example.

The questions regarding the handling of the Covid-19 pandemic obviously raise issues associated with biopolitics. Many commentators have suggested that China made steps toward containing or slowing the pandemic, because it could implement an authoritarian version of biopolitics, which included the use of extended quarantines and bans on social activities, which was helped by the vast arsenal of coercion, surveillance and monitoring measures and technologies that the Chinese state has at its disposal.

Some commentators even suggested that because liberal democracies lack the same capacity for coercion or invest more on voluntary individual behaviour change, they cannot take the same measures and this could inhibit the attempt to deal with the pandemic.

However, I think that it would be a simplification to pose the dilemma as one between authoritarian biopolitics and a liberal reliance on persons making rational individual choices.

Moreover, it is obvious that simply treating measures of public health, such as quarantines or ‘social distancing’, as biopolitics somehow misses their potential usefulness. In the absence of a vaccine or successful anti-viral treatments, these measures, coming from the repertoire of 19th century public health manuals, can reduce the burden, especially for vulnerable groups.

This is especially true if we think that even in advanced capitalist economies public health infrastructure has deteriorated and cannot actually stand the peak of the pandemic, unless measures to reduce the rate of its expansion are taken.

One might say that contra Agamben, ‘naked life’ would be closer to the pensioner on a waiting list for a respirator or an ICU bed, because of a collapsed health system, than the intellectual having to do with the practicalities of quarantine measures.

In light of the above I would like to suggest a different return to Foucault. I think that sometimes we forget that Foucault had a highly relational conception of power practices. In this sense, it is legitimate to pose a question whether a democratic or even communist biopolitics is possible.

To put this question in a different way: Is it possible to have collective practices that actually help the health of populations, including large-scale behaviour modifications, without a parallel expansion of forms of coercion and surveillance?

Foucault himself, in his later work, points toward such a direction, around the notions of truth, parrhesia and care of the self. In this highly original dialogue with ancient philosophy, he suggested an alternative politics of bios that combines individual and collective care in non coercive ways.

In such a perspective, the decisions for the reduction of movement and for social distancing in times of epidemics, or for not smoking in closed public spaces, or for avoiding individual and collective practices that harm the environment would be the result of democratically discussed collective decisions. This means that from simple discipline we move to responsibility, in regards to others and then ourselves, and from suspending sociality to consciously transforming it. In such a condition, instead of a permanent individualized fear, which can break down any sense of social cohesion, we move the idea of collective effort, coordination and solidarity within a common struggle, elements that in such health emergencies can be equally important to medical interventions.

This offers the possibility of a democratic biopolitics. This can also be based on the democratization of knowledge. The increased access to knowledge, along with the need for popularization campaigns makes possible collective decision processes that are based on knowledge and understanding and not just the authority of experts.

The battle against HIV, the fight of stigma, the attempt to make people understand that it is not the disease of ‘high risk groups’, the demand for education on safe sex practices, the funding of the development of therapeutic measures and the access to public health services, would not have been possible without the struggle of movements such as ACT UP. One might say that this was indeed an example of a biopolitics from below.

And in the current conjuncture, social movements have a lot of room to act. They can ask for immediate measures to help public health systems withstand the extra burden caused by the pandemic. They can point to the need for solidarity and collective self-organization during such a crisis, in contrast to individualized ‘survivalist’ panic. They can insist on state power (and coercion) being used to channel resources from the private sector to socially necessary directions. And they can demand social change as a life-saving exigency. •

This article first published on the The future lasts a long time website.

Panagiotis Sotiris is a journalist based in Athens, Greece and a member of the editorial board of Historical Materialism.