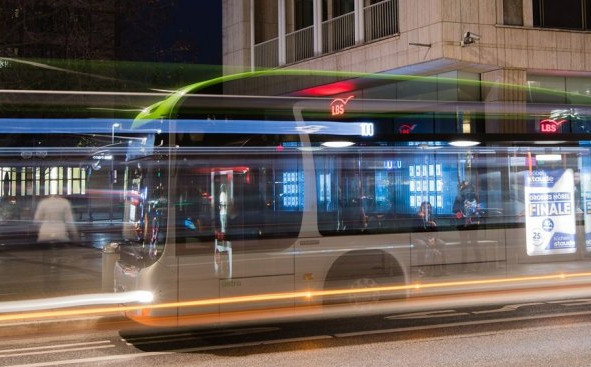 Increasingly, community groups advocating for fair fares, fare-free transit, and even organized fare-evasion are growing in number and visibility. But those in opposition to fare-free transit are also voicing their concerns about the practicalities and costs of implementing free transit, especially when many transit systems face huge repair backlogs (cough cough Toronto) or embarrassing failures of new infrastructure (cough cough Ottawa).

And cities are not the only jurisdictions that have entered into this conversation. In the last Canadian election, the federal NDP ran on a platform of supporting municipalities in transitioning to fare-free models of public transit. In Ontario, a provincial Liberal leadership candidate is also campaigning on this platform. Clearly, this is a policy choice that some politicians are willing to explore.

People who support fare-free transit often analogize it to other public services: we don’t pay for police officers and firefighters out of pocket, or pay an entrance fee to visit a community park or at the entrance to a public school. These services are funded collectively by tax-payers and collectively we reap the benefits.

Same as Other Social Services?

Perhaps another way to conceptualize free transit is comparing it to another form of mobility: elevators. As the authors of Free Public Transit: And why we don’t pay to ride elevators state, “the very notion of paying to use an elevator to get to the upper floors of a tall building is preposterous. Public transit services a similar function (but instead of horizontal movement, it’s lateral).”

Fare-free transit exists either fully or partially in hundreds of cities around the world. Some cities offer partially abolished fares for certain riders (such as young people, students, and elderly riders), while others cities offer free routes within a transit network, and other cities provide free transit during certain times of the day, week, or year.

“The universal feature of free public transport is the fact that… Everywhere that it has been implemented, people like it.”

Taavi Aas (Mayor of Tallinn, in Estonia, “Free Transit Capital of the World”)

Immediately and obviously, the greatest benefit to eliminating fares is that riders no longer have to pay to use the service. Transit affordability is one of the clearest determinants of a city’s livability, and of the ability for low-income people to access the job market.

Indeed, supporters of free transit suggest that eliminating fares has the potential to make “cities better for their citizens, more socially, ecologically, and globally just, more democratic, and more prepared for the future.” Achieving fare-free transit is not a goal in and of itself, but rather a means to reducing carbon emissions, increase accessibility and mobility for residents, and address gender and racial equality.

And because of this, fare-free transit is not a stand-alone policy – it exists within a larger framework of social policies that support social equity, such as the Green New Deal, anti-criminalization, anti-poverty, and climate justice movements.

Folks who support fare-free transit also point to the lowered costs not just for the individual but for society overall. Speaking about the cost of congestion in cities, to public health, and to the environment, CUPE Local 2 President Gaetano Franco said: “We can’t not make transit free… It’s too costly.”

In a recent letter to the editor for their local paper, a concerned resident wrote: “To the people who keep pushing for free transit, nothing is free. Transit needs to increase fares and find savings to stop its out of control spending. Homeowners and car owners shouldn’t have to pay for someone else’s transportation needs. Seem like the ones who want everything for nothing don’t have any skin in the game.”

Indeed, one of the reasons people may resist the idea of free public transit is that the cost is shared by all residents, whether or not they use public transit. This is true of many services, not least the way that we highly subsidize private car use through road and highway infrastructure at a much higher rate (more than six times!) than transit, therefore incentivizing personal vehicle use over public transit.

But, putting aside the new sources of revenue required to operate and maintain a system if fares are eliminated, studies suggest that “if public transport became free tomorrow, the ridership would immediately increase by at least 50%, immediately throwing the system in lockjaw.” In other words, cities must be prepared to reinvest massively in this infrastructure and this will require enormous sums of money.

Lastly, some people may dislike free public transit because it requires the willingness of the population to change how we view public transit: “free public transportation implies many changes, a completely new way to look at the city, both in terms of how we move and how we tax, but also how we live, where we live, how we relate to each other as a society, and our broader relationship to the urban, regional, and global ecosystem.”

What Does Fare-Free Transit Mean for Transit Workers?

We’ll soon know with more certainty how fare-free transit impacts transit workers. Announced in late 2019, Kansas City, Missouri, is the first major metropolis in the USA to offer no-cost transit service, operated and maintained by ATU members. This creates an exciting opportunity to gauge the impact of fare-free transit on workers.

Fare-free transit may support a safer workplace. Because most assaults on operators arise because of fare disputes, eliminating fares may make the job safer for transit operators.

On the flip side, members who presently work in fare collection and revenue work will require reassignment to other transit duties – in this scenario, ATU advocates for the importance of re-training members facing job redundancies.

ATU Canada advocates for fares to be affordable for all, and advocates for progress toward creating a fare-free transit. Incremental pricing actions (such as fare-freezes and reductions) are realistic in lieu of immediate fare-free transit subsidized by government. In our advocacy, we prioritize efforts to eliminate cost barriers to accessing jobs, education, healthcare, and other services, through the implementation of low-income passes. A gradual approach to fare reduction is sorely needed in many municipalities across Canada, with the ultimate goal of ensuring that transit is safe, reliable, and affordable for all. •

This article first published by the Amalgamated Transit Union (ATU) in Canada website.