“Justice Dies in the Darkness”: The ‘External Review’ of the Hassan Diab Case

When former Attorney-General Jody Wilson-Raybould declined Hassan Diab’s request for an independent and transparent public inquiry into his wrongful and harrowing extradition to France, he, along with his lawyer, and countless others, feared that justice would not be served. Hassan Diab – the Alfred Dreyfus of the 21st century, who, thanks to the collaborative work of French and Canadian prosecutors, languished in Fleury-Mérogis prison for more than three years only to be released without charge – saw the writing on the wall. The “external review”1 that Jody Wilson-Raybould had ordered, in lieu of a public inquiry, would constitute a whitewashing exercise. Indeed, when this very report, authored by Murray Segal, former deputy Attorney-General of Ontario, was finally released in July 2019, Dr. Diab’s deepest dread was confirmed. 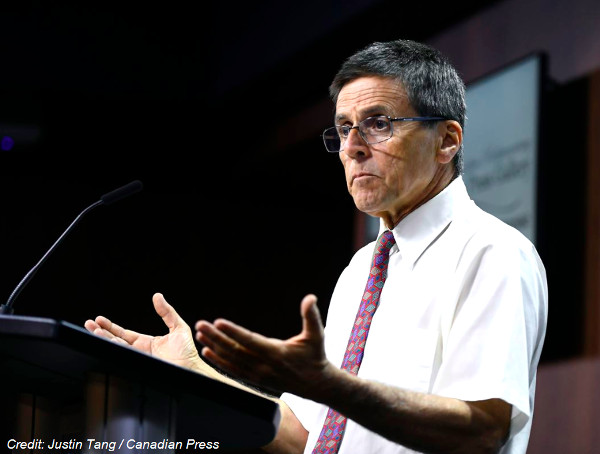 Fielding questions at a press conference, Dr. Diab aptly described Mr. Segal’s external review as a form of Orwellian propaganda, a self-justificatory discourse that translates the misdeeds and defects of state institutions into legitimate, worthy, and time-honoured practices. Like much defensive political rhetoric, the report bears the hallmarks of damage control. Indeed, Mr. Segal’s review is nothing short of a desperate, though futile, measure to tart up Canada’s grotesquely unjust extradition law and to quell the disaffection with the justice system that many Canadians have shown in learning of Dr. Diab’s nightmarish extradition. Revelations in 2018 of its scandalous underpinnings were doubly shocking. Prosecutors, both here and abroad, suppressed exculpatory fingerprint evidence that would have saved Dr. Diab a decade of torment. These persons actively worked to see him both extradited and convicted on the flimsiest of handwriting samples.

The lessons learned from the now iconic Diab case are clear: Canada’s extradition law gravely jeopardizes every citizen’s liberty. An innocent man or woman can be sought for extradition on the grounds of secret intelligence, both unsworn and undemonstrated [9:58-10:55]; s/he can be subsequently extradited to a foreign state, wrested from family, friends, and gainful employment, merely on trumped-up charges. This is because the extradition law wields extravagant powers. It grants state prosecutors license to make sensational accusations with but shreds of hearsay and it affords them the right to legitimately2 withhold exculpatory evidence while denying the “person sought” any opportunity for self-defense. The law typically disallows alibis. And while its advocates insist otherwise,3 the entire extradition process retains the aspect of a criminal trial. In the Diab case, not only did the extradition process resemble a criminal trial, it proved much worse.

Most Canadians pondering these facts would be horrified. They would instantly demand that the extradition law be radically reformed and that those persons who applied its rules in the Diab case be denounced. But courtesy of a narrowly defined mandate, one focused almost exclusively on legal rules, Mr. Segal’s task was lightened considerably. The terms stipulated in the mandate afforded him the wiggle room to manoeuvre out of an invidious position: i.e., having to expose the viciousness of the Canadian extradition law and thus shaming the very institution that hired him to write the report. By bracketing out the question of human justice, the mandate allowed Mr. Segal to adhere solely to the technicalities of the law,4 eschew its profound iniquities, and downplay, if not deny, the wanting ethics of senior litigators. For it was their overweening complicity with French prosecutors that led to Dr. Diab’s wrongful extradition and, this, on appallingly weak grounds.

Despite all this, Mr. Segal’s prefatory comments reveal a degree of disquiet. He is conscious that many Canadians have been outraged by the Diab affair. Its notoriety has spread far and wide. To reverse this public perception would not be easy. Even his final recommendations5 disclose the impossibility of fully covering up, rationalizing or dispelling the suspect conduct of the Attorney General’s lawyers. To placate the public, he distracts from the gravity of the issue by chalking it up to misunderstanding: “It is my sense,” he writes, “that many of the criticisms and frustrations with both the extradition process and the role of IAG counsel in the Diab case were the results of misperceptions about Canada’s extradition law.” “Canadians,” he argues, do “not have a good or accurate view of what extradition is, the laws governing the process…”6

Regardless of intent, the tone here is irritatingly condescending. For while Canadians may not be fully apprised of every detail in the extradition law, they have gleaned enough from the Diab affair to smell the noxious whiff of injustice. But impervious to the public’s ethical intelligence, Mr. Segal, with these opening remarks, defines the thrust of his patch-up job. For, by his own admission, if less bluntly put, this is what his report represents: an attempt to restore “public confidence in the administration of our extradition and mutual legal assistance obligations.”7 Ergo: “We Canadians and our state institutions are just fine. Let’s pat ourselves on the back and return to business as usual.”

Mr. Segal’s report recalls the self-promotional discourse spouted by a Ministry of Propaganda, to quote Dr. Diab’s poignant reference [5:03-5:07]. Even the designation “external review” betrays an inverted logic, an Orwellian double speak. For what appears to be an arm’s length investigation into ‘what went wrong’ – i.e., how Hassan Diab was extradited to France on thoroughly unreliable evidence – is, in fact, an internal investigation, followed by a report that reads as ‘what went right.’ A handful of purely technical recommendations for improvement are offered. These are geared notably to protecting state prosecutors from future public criticism; no recommendation is made to protect the “person sought” from the hazardous pitfalls of Canada’s current extradition law.

In other words, the report lays out and upholds the extradition rules and procedures applied by litigators working in the International Assistance Group (IAG), a body of lawyers in the Department of Justice, who, according to Mr. Segal, “vigorously” and “justifiably” advanced France’s case against Dr. Diab. But while these lawyers followed legal rules and procedures, on ethical grounds they failed utterly. Overly eager to satisfy France’s request for extradition, they destroyed ten or more years of an innocent man’s life.

Still, by Mr. Segal’s account, the lawyers’ work proved successful and Dr. Diab’s discharge from France’s maximum-security prison was (not withstanding some irksome challenges) the only glaring setback in ‘what went right.’ He calls this reversal “troublesome.” “Having a Canadian citizen sit in a foreign jail for over three years,” he writes, “only to be released is troublesome…we expect that Canadians extradited to foreign countries will not sit in jail for lengthy periods of time without facing trial.”8 “Troublesome” is not a word one might associate with Dr. Diab’s ordeal. “Horrific” and “devastating” are more apposite qualifiers. Clearly, Mr. Segal’s word choice has nothing to do with Dr. Diab. Rather, it reflects (contrary to the joy of so many) the disappointment that prosecutors must have felt on January 12, 2018 when Dr. Diab was released from Fleury-Mérogis Prison.

The Segal report devotes one hundred and twenty-four pages to defending the extradition law and to pleading the case of IAG litigators. Meanwhile, it consigns Dr. Diab’s victimization at the hands of the Department of Justice to virtual darkness. Streaked with inconsistencies and factual errors [12:58-14:06], the report refers to Dr. Diab’s ordeal as “a journey.” Instead of acknowledging the extreme duress to which Dr. Diab and his family were subjected, Mr. Segal proffers sympathy to the IAG lawyers, portraying them as ‘victims’ of public misperception. To that end, he invokes legal precedent and procedure to defend an indefensible extradition law and treats the conduct of IAG counsel as an “understandable” human error; he is satisfied that lawyers in IAG, who withheld exculpatory evidence that would have saved Diab ten years of personal torment, were acting ethically.9

Only an Orwellian logic can present wrongful doings as righteous deeds, can construe willful misrepresentation as fair and lawful. When prosecutors who stifle exculpatory evidence (for fear that their case will otherwise implode)10 are deemed ethical, professional, and law-abiding actors, we can have little or no confidence in our justice system. Under such conditions, the words “ethics,” “professionalism,” and “law” – words Mr. Segal uses to describe the IAG lawyers – are empty shells, travesties of truth.

In adhering to former Attorney-General Jody Wilson-Raybould’s mandate, Mr. Segal answered the primary question of the external review. Did the litigators follow the rules? The answer was “yes.” But by following the rules and by upholding a flawed extradition law, these litigators did the wrong thing. They deployed an egregiously unethical law to the detriment of an innocent man. They should never have implemented this defective law without first seeing it radically refurbished, and not least in the matter of exculpatory evidence. For any law that tolerates non-disclosure of such evidence, any law that denies the “person sought” the right to present powerful and corroborated evidence of innocence is abhorrent and contravenes the Canadian Charter of Rights and Freedoms.

So while Mr. Segal’s external review is intended to dispel the public’s so-called misperceptions, and bolster confidence in Canada’s extradition law, it risks, in fact, opening up a Pandora’s box. Those reading the report will discern, even amid its layers of “justifications,” the crying injustice of the Extradition Act. And they will call ever more forcefully and persistently for a truly transparent and public inquiry, with full subpoena power and cross-examination of witnesses – the kind that Dr. Diab and his supporters have been demanding all along. Only this can guarantee that the Diab affair will never again rear its ugly head. •