One of the few identifiable issues raised in the Canadian election campaign so far is the need to address the climate crisis. The concept of a Green New Deal has been raised by the left and environmental movements across the continent, in Canada through Greenpeace’s Pact for a Green New Deal and obliquely through the NDP (“A New Deal for Climate Action and Good Jobs”), and the Greens (“Green Climate Action Plan”). Addressing the climate emergency has become a theme for all the main parties, even in the cynical and flawed manner of Justin Trudeau and Andrew Scheer. 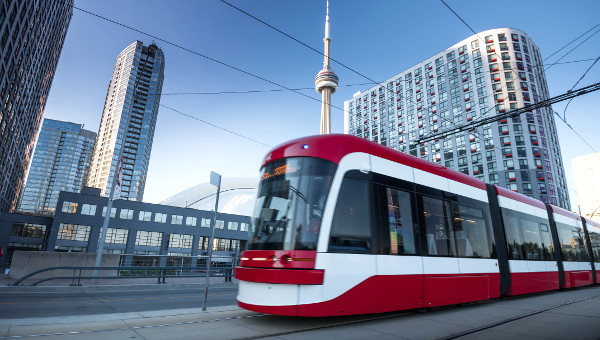 The Green New Deal, of course, in all of its serious forms, is geared toward tying together a number of transformative elements – some more radical than others, depending on the political framework of those who are raising it. Common elements include moving off of fossil fuels, reducing the wasteful production of useless and harmful commodities (sometimes identified by more radical eco-socialists with the system of private capital ownership and competition and accumulation) and changing fundamental components of production, consumption, public services and daily life. A central element is transforming jobs across the economy and providing new jobs for workers – the so-called “just transition” to carbon-free living and toward zero growth.

The comparison with the original New Deal (1933 – 1936) of the US Democratic Party administration of Franklin D. Roosevelt (FDR) in the 1930s is meant to be a kind of modern version of the moderately transformative effort to end the depression, led by forward-thinking capitalists and the intellectuals attached to them, and driven by pressure from social movements bubbling up from below (such as industrial union organizing), led by communists and social democrats.

Public transport is a critical element in limiting greenhouse gas (GHG) emissions. It is a key tool in moving beyond the existing personal-commodities-producing and carbon-generating economy. It facilitates collective consumption, moving from a private-automobile-centric transportation sector to one reliant on collective, public transit. Public transit is often injected as an addendum into the programs and speeches of political leaders, not a central component of their programs. As well, stable and adequate funding for the maintenance and daily operations of transit is also missing.

Free transit makes it possible for all people in the city to have the right to travel and experience urban life in a more equitable and ecologically friendly manner.

In keeping with this approach, even less is said about making public transit free of fares (although there is a new and welcome mention of it in the NDP platform), which would acknowledge it not only as a building block of greening Canadian life but as a fundamental component of a number of key social and collective rights: the right to just mobility and the right to the city.

Breaking with the market logic of putting a price on public provisioning of mobility is central to bringing a measure of equity for the commuting and working poor, for all low-income people, notably racialized communities, women and people with disabilities. It eliminates the financial and social costs of policing, pedestrian safety, fare collection and management of the enormous costs of car traffic. Free transit makes it possible for all people in the city to have the right to travel and experience urban life in a more equitable and ecologically friendly manner.

Public medicare enshrines the right to healthcare access for all Canadians; public libraries and school systems provide all residents with access to education, learning and literacy (and much more). These services are decommodified – not dependent on private profit-making – and free to all who need them. They all provide a model for replacing individual forms of consumption that we pay for as “customers” with collectively provided and funded services.

Why Isn’t Public Transit Such a Service?

Across the country, as well as in our major cities, public transit is overwhelmingly used by poorer members of the working class, who rely on it for every aspect of social life that requires travel: doctor’s appointments, shopping, visits, recreation. The costs of public transit matter to the largest numbers of transit users.

But fares are increasingly unaffordable. In Toronto, the price of a monthly pass is $151.15 for adults, while seniors and those eligible for a low-income pass is $122.45. In Vancouver, a one-zone monthly pass is $98, and a three-zone pass is $177. It is easy to see how making transit free is an issue of social equality. Even more problematic, in Toronto, 70 per cent of the operational costs of public transit are paid for by fares, given the abysmally low subsidies per rider that the Ontario and Toronto governments provide (the lowest in North America, let alone Canada).

The demand for free transit is also a key element in addressing the climate crisis. In that sense, it affects everyone in urban, suburban, small town and rural Canada. In cities like Toronto, transit users include all segments of the working class, as well as elements of the middle and business classes. Replacing private car use is essential, and a future with affordable and plentiful public transit stands in contrast and conflict with those elements of the business class who are pushing a future of even more private cars, through ride-hailing companies such as Uber and Lyft. With or without so-called autonomous vehicles, they would flood our cities and towns with more private vehicles (and consequent lousy driving jobs and more GHG pollution in their production, if not emissions).

Free transit fits in with the costs of the larger transformations needed to address the climate emergency, and the social costs of neoliberal urban capitalism. There are a number of implications of moving toward free transit:

Furthermore, the Canadian Centre for Policy Alternatives identified a number of other potential revenue sources, such as closing tax loopholes, ending corporate tax dodges, putting new taxes on banks, not to mention reducing provincial funding for new highways and services for car.

In recent months, the idea of fare-free public transit seems to have taken off across the country. The free transit movement is an uneven one and exists in various forms across the country: in Vancouver, Toronto, Ottawa, Montreal and elsewhere. A network of activists is reconceptualizing the role of public transit in connection with the need to address the climate emergency and in a context of social justice,challenging the dominance of private capital and the recent incursions of privatization into government capacities.

Montreal activists are organizing rallies to popularize the idea, tying together the decommodification of transit with public and cooperative housing. The movement there includes left, anti-privatization activists within and outside the NDP, and a number of federal NDP candidates in the city.

Free Transit Toronto has been active for the past 10 years. CUPE Local 2, one of the transit worker local unions, has endorsed it, social movements and the major transit users organization, TTCriders, have begun to study how to move in that direction (TTCriders has long argued for reducing fares and increasing state subsidies). The movement for reduced fares for people on low incomes won a symbolic victory, with the coming of low-income passes for people on social assistance and eventually to be extended to people on low incomes in Toronto. But the reductions are rather minimal, and don’t even come close to the demand of TTCriders and the Fair Fare Coalition of free transit for people on social assistance, and $50 passes for people living on low incomes.

Efforts are now in the works to forge links between free transit movements across the country.

There is also an international dimension to the free transit movement. It is on the rise, encompassing smaller towns as well as major cities, often part of a series of fare reductions, with the ultimate goal of eliminating them. Fare reductions include lowering or removing fares for all within a certain jurisdiction and for youth, seniors, low-income earners and people with disabilities, as well as eliminating fares at certain hours, or on smog days or holidays. Activists in these movements have had meetings in Europe and Canada in the past few years and continue communicating and sharing strategies and tactics. •

Herman Rosenfeld is a Toronto-based socialist activist, educator, organizer and writer. He is a retired national staffperson with the Canadian Auto Workers (now Unifor), and worked in their Education Department.