Take It Over: The Struggle for Green Production in Oshawa

In November 2018, Detroit-based General Motors dealt a staggering blow to 2,700 Canadian workers when it announced plans leading to the closure of a key automotive assembly plant in Oshawa, Ontario. In its heyday decades earlier, GM Oshawa had been the largest auto complex in North America and had employed twenty-three thousand workers. But those numbers had been steadily reduced over the years, and now it was to be shut down – along with several GM plants in the United States – as part of the ongoing move by the automaker to relocate ever more of its production to low-wage Mexico. 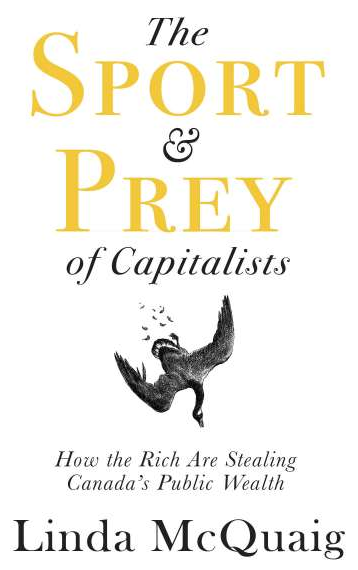 Unifor, the union representing Canadian auto workers, protested vehemently and focused on trying to negotiate a less draconian deal with GM in order to save at least some of the jobs. Meanwhile, the Trudeau government in Ottawa and the Ford government in Toronto signalled their willingness to accept the closure of the plant without a fight.

One veteran of the auto industry calling for a more robust response from government has been Sam Gindin, who served from 1974 to 2000 as research director of the Canadian Auto Workers (Unifor’s predecessor). Now an adjunct professor at York University, Gindin argues that giving up on Oshawa amounts to a “disheartening failure of [the] imagination.” Instead, he suggests serious consideration be given to expropriating the GM Oshawa plant and turning it into a publicly owned facility that would produce some of the vast array of products that will be needed in the transition to green energy: wind turbines, solar panels, energy-saving lighting, motors, appliances, and electric vehicles.

A fleet of electric utility vehicles seems the most obvious alternative for the Oshawa assembly plant, he notes. “Public vehicles will inevitably have to be electrified or run on renewable energy resources, and this means a growing market for electric post office vans for mail and package delivery (as suggested by the Canadian Union of Postal Workers), hydro vehicles doing maintenance and repair work, mini-buses to supplement public transit … electrified vehicles in agriculture, mining and construction.” Gindin points out that much of the needed equipment and skills for such an ambitious “green production” project already exist in the Oshawa complex; additional high-tech expertise could be pulled in from the Waterloo computer corridor, as well as Canada’s experienced engineering, aerospace, and construction firms.

Of course, Gindin’s idea for producing public utility vehicles would require co-operation from the federal and provincial governments, and it is hard to imagine such co-operation from our current political leaders. And business leaders would no doubt dismiss the notion that the public sector could handle something as complicated as vehicle manufacturing.

In fact, as we’ve seen, Canadian public enterprise has an impressive history and has made its mark in fields that are at least as complicated as vehicle manufacturing. The creation of a public hydroelectric power system in Ontario – and later in other provinces – was a stunning achievement that served as a model for US president Franklin D. Roosevelt when he created highly successful public power systems, including the New York Power Authority, the Tennessee Valley Authority, the Rural Electrification Administration, and the Bonneville Power Administration. There was also Connaught Labs, the publicly owned Canadian drug company, which made remarkable contributions to the development of breakthrough vaccines and treatments for a wide range of deadly diseases. And the publicly owned CNR exhibited innovative business skills in creating a viable national rail network out of five bankrupt railway lines and in establishing, during the pioneering days of radio, a cross-country string of radio stations, which became the basis of the nationwide CBC broadcasting network.

And, as we’ve seen, some of Canada’s most impressive public enterprises were created during the Second World War, when twenty-eight Crown corporations contributed enormously to Canada’s war effort, manufacturing airplanes, weapons, and communications equipment. Crown corporation Victory Aircraft provided the foundation for the postwar Canadian subsidiary that developed the Avro Arrow, a state-of-the-art military fighter plane (discontinued by the Diefenbaker government for political, not technological, reasons). And Crown corporation Research Enterprises, teaming up during the war with Ottawa’s National Research Council, produced highly innovative optical and communications equipment, including radar devices, binoculars, and radio sets – equipment with countless applications that could have been successfully developed for the postwar market if our political leaders hadn’t succumbed to the notion that government shouldn’t be involved in producing such things.

The rationale that the wartime emergency made government ownership acceptable could be resurrected today – with the substitution of the climate emergency. The possibility of producing electric utility vehicles at a nationalized GM Canada plant, or at another location for that matter, would open up truly exciting possibilities if we can get beyond our kneejerk rejection of government entering the marketplace.

As Toronto Star business columnist David Olive observed, Canadians know a lot about building cars; we’ve been manufacturing them in southern Ontario for more than a hundred years. It started in Oshawa in the 1890s when Sam McLaughlin, along with his father and brother, established McLaughlin Carriage Works, which produced horsedrawn sleighs and carriages. By 1908, the McLaughlins were producing car bodies for Buick Motor Company in Flint, Michigan. In 1918, their company was purchased by General Motors and incorporated as General Motors of Canada, with Sam McLaughlin serving as president of GM Canada and vice-president of the US parent company.

GM, along with Ford and Chrysler, built a substantial auto industry in Ontario, particularly after Canada and the United States signed the 1965 Auto Pact, which provided automakers access to the Canadian market on the condition that they locate a specified amount of their production here. Effectively, the pact required that, for every vehicle sold in Canada, one had to be produced here. This “domestic content requirement” worked extremely well for Canada, leading to the creation of hundreds of thousands of well-paying jobs in Canadian auto production and spinoff industries.

In 1988, Brian Mulroney signed the Canada-US Free Trade Agreement (later adding Mexico in NAFTA), which eliminated most of the force of these domestic content requirements. The Auto Pact continued to formally exist until 2001 (when it was overruled by the World Trade Organization). But as soon as the ink was dry on NAFTA, the auto companies began planning their migration to Mexico. In 2019, GM is expected to produce one million vehicles in Mexico, while GM’s Canadian production, with the closing of the Oshawa plant, is expected to fall to just two hundred thousand vehicles – about half of what it was producing here a decade ago.

Yet, even as GM has drastically cut its Canadian operations, Canadian taxpayers have contributed generously to keeping the company alive. When the 2008 financial crisis pushed the US automaker into bankruptcy, the Canadian and Ontario governments provided financial assistance worth more than ten billion dollars (including a 10 percent ownership stake in the company) as part of the joint US-Canada financial rescue of GM.

Jim Stanford, former economist for Unifor, argues that the ownership stake gave Ottawa some real clout in dealing with GM. He points out that Ottawa could have held on to that stake and used it as leverage to pressure the company in the future to maintain production and jobs in Canada. This has worked elsewhere. France’s 15 percent interest in Renault and a German public ownership stake in Volkswagen have helped ensure that Renault and Volkswagen maintain high employment levels in France and Germany, Stanford says.1

But the Harper government, with its strong ideological resistance to public ownership, made clear that it intended to be a purely passive investor in GM and that it would sell its stake as soon as possible. By 2015, the Harper government had sold off the last of Canada’s shares, over the strenuous objections of Unifor.

This was a tremendous missed opportunity. Stanford recalls how much clout Canada had had when the rescue package was negotiated. He was in meetings where “the CEO of GM was basically on his knees begging for help from an assistant deputy minister of industry in Ottawa. That’s not what normally happens.” As part of the rescue package, Canada insisted that GM agree to maintain its Canadian production at the existing level of 16 percent of the company’s overall production. That production requirement – reminiscent of the Auto Pact – was good, Stanford says, except that the Canadian negotiators allowed it to expire by 2017.

So, in 2018, after the expiry of the production requirement and with no remaining Canadian government ownership stake in the company, GM felt free to shut down its major Canadian plant in Oshawa and move those jobs to Mexico, which is exactly what it did. Given the Harper government’s failure to take advantage of the clout we had with GM, we have been left with a dwindling, uncertain presence in a once-booming Canadian industry.

It’s striking to think that we were veterans of the auto manufacturing industry by the 1960s, when Honda was just beginning its transition in Japan from making motorcycles to making cars. While Honda has gone on to produce some of the world’s most popular cars, Canada is facing the end of auto making in Oshawa, amid fears about which of our remaining auto plants will be closed next.

Is it feasible to save the once-vibrant Oshawa complex and transform it into a publicly owned plant producing environmentally essential products, as part of a Green New Deal? Gindin notes that, during the Second World War, GM facilities were converted to produce military vehicles. And he suggests that the Oshawa plant be expropriated today without compensation, since Canadian taxpayers have already provided generous subsidies to GM. While he acknowledges that his plan is a long shot, he adds, “It seems criminal not to at least try.” 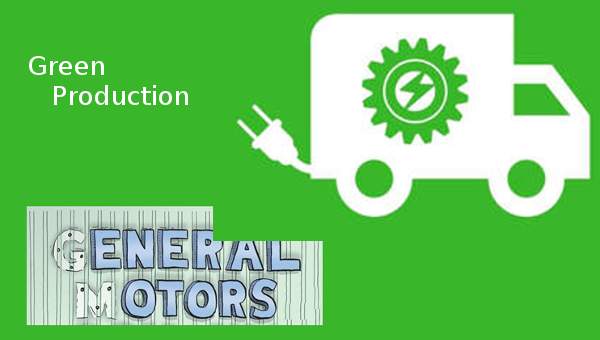 What is needed is some bold, out-of-the-box thinking – a willingness to consider innovation that is not just Wall-Street-designed, self-enriching financial innovation, but untapped made-in-Canada innovation aimed at building something the world needs. Given the fact that Canada’s historic auto-making centre is about to be shut down, we should at least give serious consideration to the possibility of creating a publicly owned company that could potentially start a transformative industry here. If that idea is ultimately rejected, the rejection should be based on something more than the notion that such a project is too ambitious for public enterprise and is best left to the private sector.

In truth, the very ambitiousness of the project seems to call out for public enterprise. For most of our history we’ve been mere “hewers of wood and drawers of water” and operators of branch plants. When we’ve risen above that, it’s usually been because we’ve created public enterprises that served a broader public purpose than what private interests were offering. We became the country we are today in part because, at key moments in our past, some visionary figures had bold, ambitious ideas of what was possible and weren’t deterred by the admonitions of the business elite.

Would Adam Beck have backed off from creating a public power system for Ontario, thinking that he couldn’t possibly match the skill set of those in business? Would Henry Thornton have decided not to transform bankrupt railway lines into the profitable, publicly owned Canadian National Railways on the grounds that railways belong exclusively in the hands of private, profiteering monopolists? Would Dr. John G. FitzGerald have decided not to take great personal risks experimenting in a makeshift lab in a horse barn, considering it better to leave the production of affordable, lifesaving medical treatments to the business world?

There may be a good reason not to turn the Oshawa plant into a green production facility, but let’s not succumb to the ill-informed notion that Canadians aren’t up to the task or that we don’t know how to do public enterprise in this country. •

This article is an excerpt from Linda’s latest book The Sport and Prey of Capitalists.

Linda McQuaig is a journalist, and author of several bestsellers including The Sport and Prey of Capitalists. You can follow her tweets at @LindaMcQuaig.