A decade after the global financial crisis, few of the initial political calculations on the trajectory of world capitalism remain intact. The assessments made by liberals and social democrats alike on the end of neoliberalism and a revival of Keynesian state intervention now seem like a bad joke. And the reading from many on the radical left that the economic slump would be met by a wave of social resistance and an opening for political rupture have fared no better in either economic analysis or political guidance. Indeed, neoliberalism has regained its pre-eminence in economic policy through re-financialization and austerity despite its ideological discredit and the endless multiplications of its contradictions. 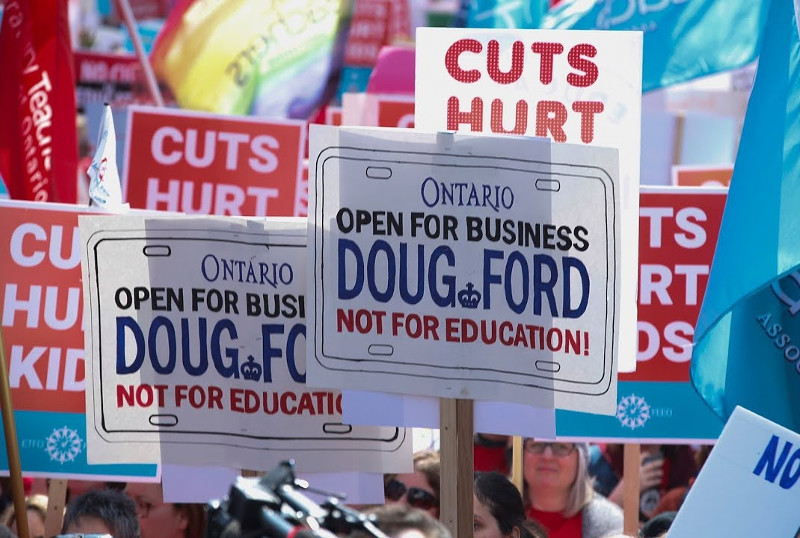 It is more than a little alarming that it is right-wing political forces that have gained more and more political space in the wake of the crisis. The range of forms of this insurgent right defies a single classification – electoral victories opening political space for a hyper-nationalist alt-right (USA and Germany); incorporation of neo-fascist forces into ‘formal’ liberal democratic states (Italy, Hungary, Poland, the Philippines, Austria, Poland, and others); exceptional judicial-political coups (Brazil, Honduras); authoritarian constitutional regimes (Russia, China, India, Turkey); military coups (Egypt, Thailand); and still others.

It is often claimed, in the simple-mindedness that passes for political analysis in Canada, that our inclusionary polity has been innocent of these developments (although Canada is, perhaps, the most orthodox adherent to neoliberal policy precepts in the world). But with the far right gaining political space inside and outside the Conservative Party – as in the long years of the Stephen Harper governments (and now with Andrew Scheer as his successor as leader of the Conservative Party), the United Conservative Party in Alberta, the People’s Alliance in New Brunswick, and the Saskatchewan Party and Coalition Avenir Québec governments – this claim bears no scrutiny.

The election of the Doug-Ford-led Conservative Party to a majority government in Ontario, Canada’s largest province by output and population, should leave little doubt that an authoritarian phase of neoliberalism is sinking deep roots in Canada. Ford’s election platform, A Plan for the People, played to the ‘Ford Nation’ built by his brother Rob as Mayor of Toronto in its themes of social conservatism, law and order, unwanted ‘illegal’ migrants, and market populism. Ford adopted much of the inflammatory rhetoric of Trump and a parallel narrative of ‘making Ontario great again’ after years of ‘criminal’ Liberal spending (with the same chants of ‘lock her up’ for then-Premier Kathleen Wynne as targeted Hilary Clinton), and domination by cultural ‘elites’ in Toronto. In this, Ford fused a suburban, multi-racial bloc of voters with traditional conservative support – many with long-standing hard right leanings – among rural and wealthy voters. In turn, Ford empowered even more militant – some fascistic and openly racist – elements of the far right to come out from their sewers (as with the ex-Rebel media figure Faith Goldy placing third in a run for Toronto mayor).

There is no policy handbook that guides these emergent authoritarian regimes as they blend nationalism with neoliberalism. Still, features of the Ontario government policy matrix under Ford that fit this pattern can be discerned.

First, the Conservatives are committed to further ‘liberalization’ of the economy – ‘open for business’ symbolically being signed at each border crossing. These policies will be layered into a growth model that is as ‘extensive’ (larger market) as it is ‘intensive’ (higher productivity), and sustains Ontario as a low-cost, low-tax regional production system. Some of Ford’s first moves were to scrap the carbon trading system, while simultaneously cutting the gas tax, 750 renewable energy projects, and the Green Ontario Fund (shamefully leaving Ontario without a climate change policy). Shortly after, Ford tabled legislation to roll back modest labour reforms addressing some of the problems of low-paid workers and to freeze a planned increase to the minimum wage to $15 per hour, while also cutting back workplace inspections. New spaces for accumulation are, as well, to be pushed into the ‘ring of fire’ in Northern Ontario for mining, opening up ‘green spaces’ for ex-urban development sprawl, and cannabis privatization.

Second, Ontario fiscal policy has been constrained for decades with targeted maximum fiscal deficits (normed, more or less, to move to balanced budgets and total debt kept in a range of 30-35 per cent of provincial GDP). This has meant a budgetary practice under the Liberals of keeping program spending below the combined rates of inflation and growth to reduce steadily the size of government as a portion of the economy (with Ontario now having the lowest per capita programme spending in Canada). For the election, the Liberals allowed a modest deficit to fund a range of programs. Ford, in turn, ‘ginned-up’ charges of reckless Liberal spending, and appointed a Financial Commission of Inquiry and an Ernst and Young Canada ‘audit’ of the books to produce a $15-billion deficit (with some dispute over accounting procedures, in the same range as the Liberal projections). The Conservatives, however, promised during the election to increase spending on public transit, housing, childcare, and long-term care beds, no cuts to services and public employees, and gas, income, small business and corporate tax cuts. This is all to be funded, Ford argued, by $6-billion in savings through un-named ‘efficiencies’.

This is, to say the least, a confused and incoherent fiscal policy that cannot hold. Indeed, it is austerity that has already been rolled-out: a public sector spending and hiring freeze; axing of a pharma-care program for young people; cuts to a school repair program, cycling infrastructure, and mental health funding; and appointment of a Task Force on Healthcare Reform led by a ‘two-tier’ advocate. The precise mix of spending cuts, user fees, and monetization and privatization of assets will be sorted out in the coming economic statement and budget.

Third, the neoliberal deepening of economic institutions works in conjunction with measures that promote ‘social discipline’ as the hard right sees it. The Conservatives have, for example, moved quickly to turf a modernization of the sex-ed curriculum as well materials to deal with reconciliation with First Nations; to legislate CUPE back-to-work at York University; to cut a basic income pilot program and social assistance rate increases (on the road, it seems, to revise some form of workfare); to withdraw from provincial obligations to settle and house refugee claimants; to block new oversight laws on the police; and to re-establish specialized policing units (the ‘guns and gangs’ forces associated with extensive carding of racialized groups) in ‘high priority’ neighbourhoods. This is only a partial inventory of the ideological and economic mechanisms to instill a ‘culture of fear and market discipline’ that Ford is deploying.

Finally, the Ford regime has been unhesitating in reinforcing the anti-democratic and authoritarian tendencies that have been integral to neoliberalism. Indeed, Ford’s most dramatic initial move was a unilateral cut to the size of Toronto city council in the midst of an election (as well as eliminating the elections of several regional government chairs). Ford was so keen to reduce the space for electing, as he put it, ‘lefties’ in Toronto he belligerently invoked the constitutional ‘notwithstanding clause’ to limit judicial oversight. The personalization and concentration of power around Ford is notable: the hyper-centralization of executive power in the Premier’s Office; the ending of public ministerial mandate letters; the centralization of control over ministerial staff appointments and media contacts; the naming of special advisors and commissions to the Premier’s Office; the demotion of the ministerial status of First Nations issues; and the altering of parliamentary rules to limit the capacity to oppose government bills. 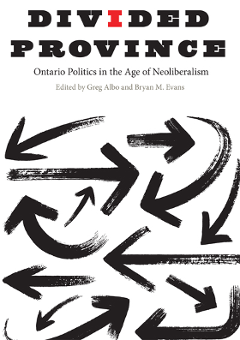 In sum, Fordism in Ontario is an extraordinarily contradictory – and dangerous – agenda. The anti-state, market populism used to sustain the rate of accumulation at any cost exists alongside – indeed, depends upon – an increasingly interventionist and authoritarian state mobilizing its resources and re-ordering its administrative apparatuses to buttress this process. Ford’s ‘government for the people’ thus pivots, like Trump’s regime in the USA, around ideological appeals to a hard-right provincialism, patriarchal family values set against a hostile world of crime and terrorism, mobilization of ethnic and racial chauvinisms, and mystical market solutions for every ill.

Ontario under Ford has not mutated into an exceptional regime existing, as it does, within the faint veneer of liberal democracy. But Ford operates with ever fewer constraints – a nascent Bonapartism? – over his exercise of power. Both Ford’s core populist instincts and political calculations authorize and sanction the hard-right sections of his caucus, party and extra-party militants; and his economic strategy hinges on ever more speculative, politicized, and extreme forms of accumulation. It would be utter folly to predict where this will end (no less in other regions of Canada). It is clear, moreover, that the Liberals are indicted in these very same processes, and the NDP has proven more inept than capable of developing an alternative to neoliberalism as these policies have also made their claims on its vision and platform. Political fronts, a fighting and transformed union movement, ambitious socialist organizing and alternatives have seldom been more urgent to confront the challenges of these uncertain and hardening times. •