Thousands of Google employees throughout the United States and around the world walked off their jobs on November 1, “to protest sexual harassment, misconduct, lack of transparency, and a workplace that doesn’t work for everyone.” Beginning in Tokyo and working its way around the globe the movement closed Google offices from Mountain View, California, in Boulder and New York, as well as in London, Dublin, Zurich and Berlin. 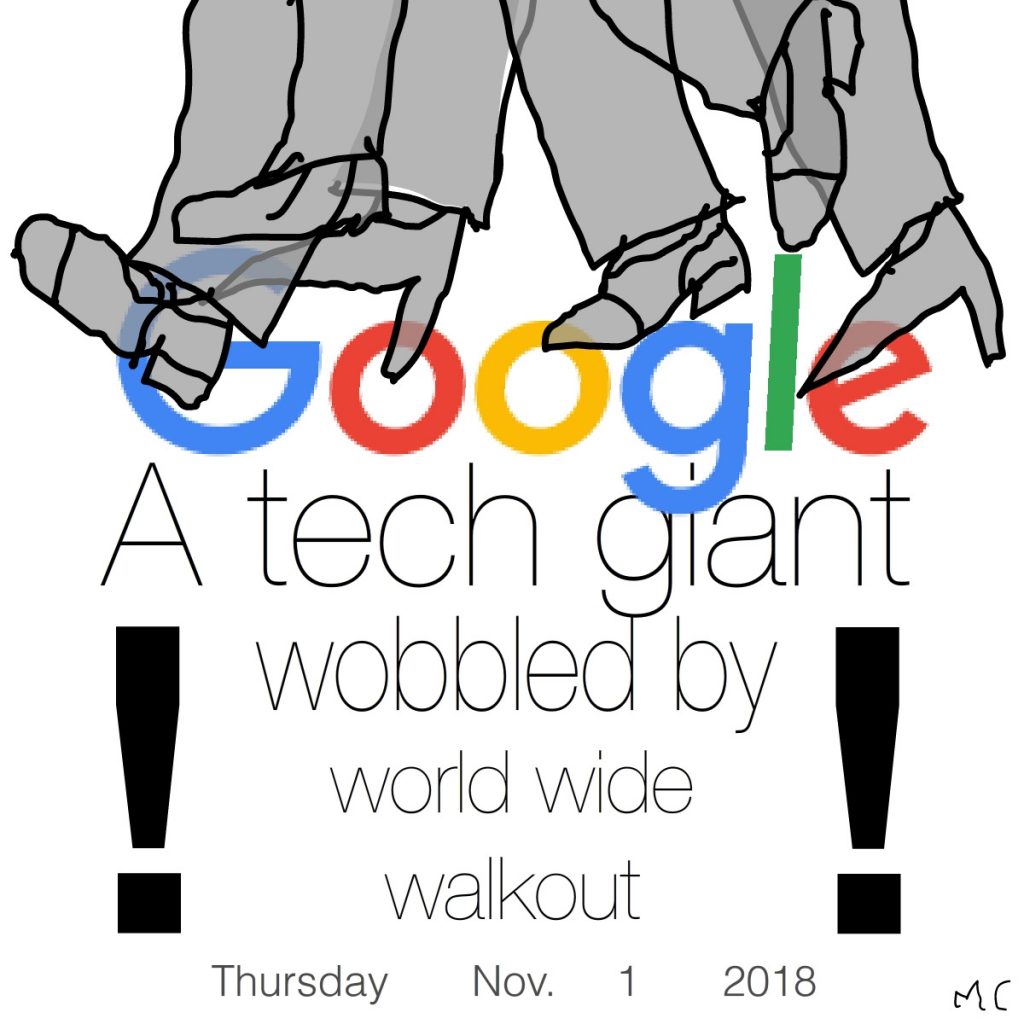 Signs on placards or on the walls read “Don’t Be Evil,” or “Times Up Tech.” One woman wrote, “My outrage won’t fit on this sign.” Nearly everywhere workers held short rallies where women read the movement’s demands. Looking at the many photos and videos of the walkouts and rallies, as well as reading the Google workers’ comments, it is clear that this was a mass working class movement.

The walkout, which lasted several hours in many places, represents one of the largest international worker job actions in modern labour history. Seldom in recent decades have workers either unionized or non-union workers such as these engaged in such a global, crossborder action. It is also the largest action by tech workers in the United States since this industry was born a few decades ago. And it is one of the most significant expansions of the #MeToo movement into workplace. The Google walkout’s international character, the fact that these are highly skilled technical workers, and that this was a fight for women make this an event of enormous significance for the labour movement.

Google workers have carried out a strike and out of it, created union – if not yet a union. Will the Google workers recognize this as a labour movement? And will organized labour in the United States be able to embrace Google workers who do so without smothering or strangling them in the conservative labour bureaucracy? Whatever happens, we have had a demonstration of a grassroots workers movement of tremendous potential.

Sparked by Anger at the Company Policies

A New York Times investigation into Google’s handling of sexual misconduct cases sparked the protests. The Times reported that after Google management learned of credible allegations of sexual harassment by Andy Rubin, the developer of the Android phone – including one of forced oral sex – he left the company with a $90-million settlement. Rubin denies the allegations. Google’s women workers, many indignant and some infuriated by the reports, joined by their male coworkers, began to organize over the issue, and then issued the call for the walkout. 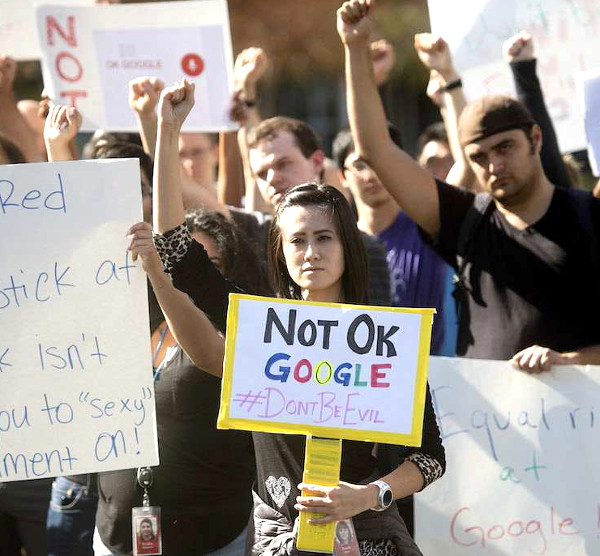 Sundar Pichai, Google’s CEO, attempted to identify himself and the company with the walkout. Speaking by web conference at the DealBook Conference in New York, Pichai said, “Obviously, it’s been a difficult time. There’s anger and frustration in the company. We all feel it. I feel it. At Google we set a high bar and we didn’t live up to our expectations.”

Pichai attempted to deflect anger about the Rubin settlement in 2014 by arguing that the company had made important strikes since then. In his conference appearance, Pichai insisted Google had taken measures to tackle sexual misconduct across the company since Rubin left in 2014. “Let me be clear, these incidents are from a few years ago. We have always as a company, and it’s been important to me … that we draw a hard line on in appropriate behavior,” he said. He alluded to 48 employees who had been terminated after allegations of sexual misconduct, among them 13 senior executives. “But,” he conceded, “moments like this show we didn’t always get it right.”

Google’s workers seem unlikely to be assuaged by Pichai’s words. They’re demanding to have a voice on the board, new policies, and no more nonsense. At one Google site the protestors could be heard chanting, “Women’s rights are workers’ rights.” Googlers have entered the workers’ movement. And hopefully they will help to change it. •