The Road Away from Fossil Fuels

President Andrzej Duda’s authoritarian government can expect a rough political ride in December, when politicians, diplomats and campaigners stream into Katowice, Poland, for the next UN summit on climate change (COP24).

Poland’s so-called climate policy – to aim for “carbon neutrality” by discounting emissions from the coal industry with carbon sucked up by its forests – will face richly-deserved criticism. How loudly that will be heard on the streets is a different matter: Poland’s parliament has banned “spontaneous” gatherings in Katowice during the summit. 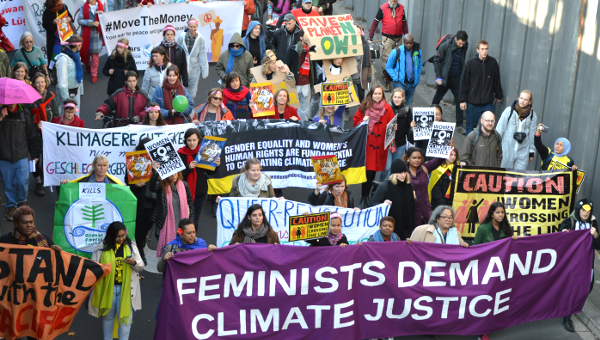 Donald Trump, who last year withdrew the U.S. from the 2015 Paris agreement to reduce greenhouse gas emissions, will also be the target of derision, not only from demonstrators but from some politicians inside the talks. The main business at Katowice (the 24th conference of parties to the 1992 Rio climate convention, or COP24) will be to finalize a “rulebook” to monitor government promises to cut greenhouse gas emissions (“nationally determined contributions” or NDCs) made in Paris.

The Paris agreement acknowledged that global temperatures should be kept “well below” 2 degrees higher than pre-industrial levels, and that 1.5 degrees is preferable. Campaigners use every phrase in the document to challenge pro-fossil-fuel policies; to resist attempts to make the global south pay the price for warming; and to promote “just transition” that combines the move from fossil fuels with struggles for social justice.

While fighting all these battles, it’s important not to neglect the larger picture. The Paris agreement is most significant not as a beacon around which the world can gather to stop climate change, but as the outcome of a disastrous process of failure to reverse the growth of fossil fuel consumption, the main cause of warming. At Paris, the idea of binding targets for greenhouse gas emissions reductions was finally abandoned, in favour of voluntary commitments.

While diplomats laud these commitments, the reality is downplayed: even if governments implement their promises, global average temperature is projected to reach 2.7 degrees above pre-industrial levels by 2100, rather than 2 degrees or 1.5 degrees.

Historical perspective is useful. Thirty years ago, in June 1988, climate scientists collectively warned that the atmosphere was warming and that greenhouse gases were the main cause. They gathered with diplomats in Toronto, Canada, to form the Intergovernmental Panel on Climate Change (IPCC), a UN body.

A year earlier, in 1987, international action had been coordinated, through the Montreal protocol, to curtail the production of chlorofluorocarbons that was opening a dangerous hole in the protective layer of ozone around the earth. The Toronto conference, optimistically, urged similar coordination to cut greenhouse gas emissions by 20% by 2005. The resistance proved greater.

At the Rio summit in 1992, the U.S. insisted that there would be no binding targets for reducing emissions. Its diplomats, and even some northern NGOs, focused on deforestation, a minor contributor to global warming, to avoid talking about the major issue: fossil fuel use. To deal with that, market mechanisms could and must be used, they argued. That thinking guided the 1997 Kyoto Protocol, which provided for an emissions trading systems that failed miserably to stop oil, gas and coal use galloping upwards. The 2009 Copenhagen conference failed to produce a post-Kyoto deal; Paris, with its voluntary targets, followed.

While market mechanisms were prescribed for cutting fossil fuel use, governments oversaw subsidies to fossil fuel production and consumption, running to hundreds of billions of dollars per year. Global total emissions from burning fossil fuels, compared to the 1988 level, not only did not fall by 20% by 2005, as envisaged in Toronto; they grew by 35%. In 2017, they were 60% above the 1988 level.

Why has the Rio process failed so disastrously, where the Montreal protocol succeeded? Certainly, politics matters. The 1992 climate change convention was signed as neoliberalism was sweeping through the most powerful countries. While the U.S. Republicans, and major oil producers such as Saudi Arabia and Russia, resisted binding emissions targets, U.S. Democrats and European governments prevaricated. They denounced climate science denial and acknowledged the global warming threat – but nevertheless saw the market as the lever to deal with it. In 1997, Democrats and Republicans united behind a U.S. Senate bill to kill off the principle of binding targets; it passed by 95-0. 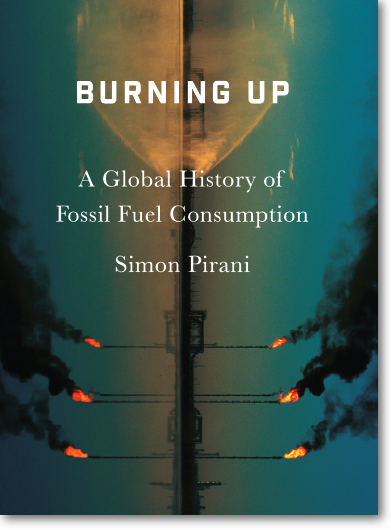 Future historians will surely look back at the Rio process as a historic collective failure by the world’s leading states, on the scale of the slide to war in 1914. There are no easy responses to this failure. But answers must be sought outside the confines of the Rio process. It is not our framework; let’s not normalize it.

The underlying reasons for the states’ failure are of course deeper than politics. The CFCs regulated by the Montreal protocol were a marginal technology, which used to be used in fridge manufacture. But there is nothing marginal about fossil fuels. They are consumed by many of the largest technological systems – car-based transport systems, and urban infrastructure that supports them; electricity networks; industrial systems reliant on carbon-heavy materials like steel; agricultural methods that soak up gas-based fertilisers – embedded in the social and economic systems in which we live.

While writing a book on the global history of fossil fuel use, just published, I worked to understand that technology-society nexus. The fossil-fuel based technological systems have been integral to capitalism, and to the labour process it controls; capital’s expansion has driven those systems’ expansion; a technological transition away from fossil fuels will most effectively be accomplished as part of a transition away from capitalism. These profound changes are never going to be undertaken by governments.

Public discussion about reducing consumption of fossil fuels, or fuel-intensive products, all too often focus on individual households. This is misleading for three reasons. Firstly, household fuel consumption is riven by inequality. Many households in the global north consume dozens, even hundreds, of times more than those in the global south. More than a billion people, mostly in the countryside in the global south, still don’t have access to electricity.

Secondly, even those households that live within the dominant fossil-fuel-supplied energy system, with reasonably regular electricity, winter heat, motorized transport and so on – about 60% of the world population – do not control the supply of fuels. They can not easily opt for measures that could slash their fuel consumption, such as insulating housing, or providing decent public transport to reduce car use. Individuals have still less control over their indirect fuel consumption, e.g. of coal to make steel, or oil to make plastic, in the products they buy; oil used in supply chains; or gas used to make fertiliser to produce food.

Thirdly, the way those technological systems use fuels and fuel-intensive materials is historically formed. There is nothing inevitable, or efficient, about the wasteful use of plastic packaging; about city transport systems based on heavy, fuel-intensive, usually single-passenger cars; about fertiliser-heavy industrial agriculture; or even about centralized electricity networks. These technologies are used in the way they are, thanks to the social and economic systems in which they are embedded. Capitalism doesn’t just exploit technology; it shapes it.

Simon Pirani is author of Burning Up: a Global History of Fossil Fuel Consumption, published by Pluto Press.