25 Years After the Oslo Accords, Independence Remains More Elusive than Ever for Palestinians

September 13, 2018, marks 25 years since the first of the Oslo Accords was signed by Palestine Liberation Organization Chairman Yasser Arafat and Israeli Prime Minister Yitzhak Rabin on the White House lawn amid great fanfare. Many Palestinians hoped that they would finally be free of Israel’s then-quarter-century-old military rule and have a state of their own. 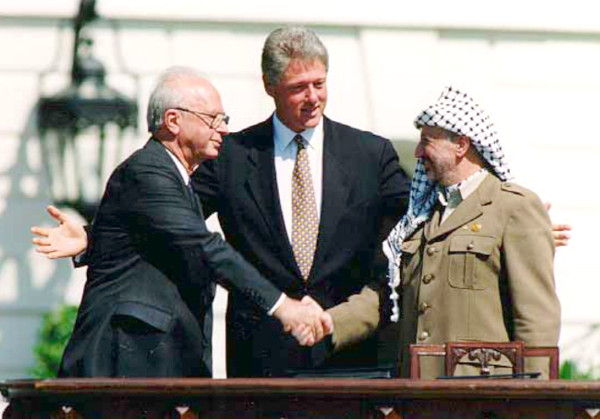 Having taken part for two years in the Madrid and Washington Palestinian-Israeli negotiations preceding the Oslo accords, and having seen the obduracy of the Shamir and Rabin governments about allowing the Palestinians anything resembling self-determination, independence, and statehood, I had few hopes for Oslo. Sadly, my pessimism proved all too well-founded.

Under Oslo, Palestinians saw their freedom, their land, and their dreams for an independent state shrink, while Israel deepened its control over their lives. More than 100 Israeli settlements and some 600,000 settlers are now spread throughout occupied Palestinian East Jerusalem and the West Bank. Oslo established a Palestinian Authority (PA), which was supposed to be an interim self-governing entity on the way to independence in five years. But Israel blocked that goal through its systematic colonization of the West Bank, and the PA has de facto become an instrument of Israel’s occupation.

End of the Oslo Era

This anniversary follows soon after Israel’s Knesset passed the “Jewish nation-state bill,” which formally enshrines in Israel’s quasi-constitutional basic laws the superior rights that Jewish Israelis enjoy over Palestinian citizens of the state. And it comes the very same week that Trump announced he would close the PLO’s diplomatic office in Washington, DC. Meanwhile, release of the Trump administration’s “deal” for the region is supposedly impending. The nation-state law, the Trump plan, and the closure of the PLO office signal the end of the Oslo era – and the beginning of a new and still more dangerous stage.

The Trump plan is based on Israeli Prime Minister Benjamin Netanyahu’s stale “economic peace” plan. The idea that Palestinians will relinquish their demands for freedom in exchange for Israel’s lifting some of its suffocating restrictions on the Palestinian economy is an obvious nonstarter, produced by people who think that the dignity of others is for sale. That shouldn’t be a surprise, given that it is being drafted by Trump’s son-in-law and senior adviser Jared Kushner, who has close longstanding familial ties with Netanyahu and Israel’s settler movement, as does Jason Greenblatt, the plan’s other main author, and David Friedman, the U.S. ambassador to Israel.

Of late the Trump administration has also been campaigning to strip Palestinian refugees of their legal right to return to lands that they were expelled from by Israel. Demonstrating the heartlessness toward refugees that has become its trademark, the administration has also been undermining the United Nations Relief and Works Agency, or UNRWA, the UN body responsible for the well-being of Palestinian refugees.

The Trump administration has in fact more openly sided with Israel than any before it. It has adopted wholesale a range of extreme Israeli positions regarding Jerusalem (the city belongs exclusively to Israel, and according to Trump is “off the table” in any negotiations); military occupation (it does not exist); Israeli settlements (they will all remain in place and are not “an obstacle to peace”); refugees (they do not exist, and there will be no return); and full Palestinian sovereignty (there will be none: In a final deal, Israel will keep complete security control). Given the extensive evidence, it is clear that Trump’s “ultimate deal” will be a plan for Israel to retain indefinite military rule over millions of disenfranchised Palestinians while continuing to steal their land and resources.

Basic Law: Israel as the Nation State of the Jewish People

Meanwhile, for Palestinian citizens of Israel who didn’t already know their place, the nation-state bill leaves no doubt, relegating them to the status of a permanent underclass in their own homeland. Passed into law in July, it does away with any pretext of equality for Palestinian Israelis, who comprise about 20 per cent of the population. It declares that the right to self-determination in the state of Israel is “unique to the Jewish people” and directs the government to “encourage and promote” the “development of Jewish settlement as a national value.”

This law also asserts that while the entire land of Israel – “Eretz Yisrael,” or the land that runs from the Jordan River to the Mediterranean Sea – is the historic, national homeland of the Jewish people, wherever they reside, only the Jewish people have the right of self-determination in the state of Israel. Since all of Palestine is inexorably being annexed – de facto or de jure – to the state of Israel, this law effectively negates the right of national self-determination for the Palestinians anywhere in “Eretz Yisrael,” which is to say anywhere in Palestine. Only the Jewish people have that right, not only inside the state, but in the entire country.

The result is a law that negates the very existence of the Palestinians and their national rights anywhere in Palestine, and not just within the infinitely elastic frontiers of the state of Israel. It rules out a Palestinian state, a binational state, or a single state with equal rights for all anywhere in Palestine, allowing only one big Jewish state in the entire area between the Mediterranean and the Jordan River, which has a Palestinian majority. There are many ways to describe this vision. Apartheid is the least of them. 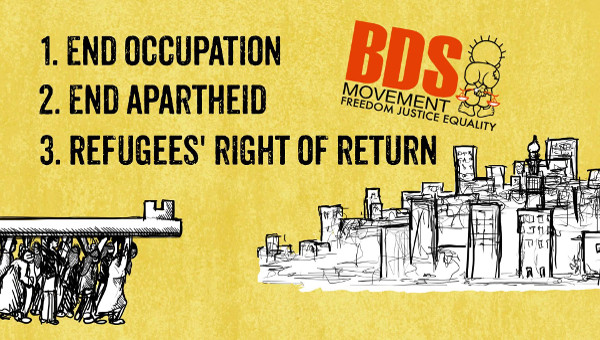 And yet while Israel attempts to close off all options for a dignified, independent national existence for the Palestinians, a growing number of them are resisting these efforts, insisting on a different vision of the future and shifting their focus from statehood to equal rights and justice. This won’t be easy to achieve. Israeli Jews will have to give up the privileges and control that have allowed them to lord it over Palestinians for more than seven decades. But in exchange they will receive true and lasting peace and security, which their powerful military and increasingly authoritarian government have been unable to provide for them.

The exact details will have to be worked out by Palestinians and Israelis themselves, but just as apartheid was overcome in South Africa and Jim Crow and segregation brought to an end in the United States, so can such a vision be made a reality. And as with those other two difficult freedom struggles, peaceful economic tools such as boycotts, divestment, and sanctions will be key.

Palestinians, and Israelis who want to live as equals, will need help from people of conscience the world over, in particular in the United States. Here there are hopeful signs. A growing list of churches, social-justice groups, and others are adopting boycotts, divestment, and human-rights investment screens to avoid being complicit in Israel’s violations of Palestinian rights. Members of Congress are working to stop the Israeli military’s systematic abuse of Palestinian children. With the passage of the nation-state law, many liberal supporters of Israel are realizing that Israel is a discriminatory, illiberal society. Americans are increasingly recognizing the values that they have in common with Palestinians struggling for their freedom, in contrast to the Trump administration and their soulmates on the Israeli right, who share the opposite worldview and many of the same racist and antidemocratic policies.

In 2001, Netanyahu was caught on video boasting to a group of settlers that he had sabotaged Oslo, declaring “I de facto put an end to the Oslo Accords.” As he and his American enablers work to bury the two-state solution, it is time to learn the real lessons of Oslo and to envision a different paradigm for a future of freedom and equality for all in Palestine/Israel, regardless of religion or race. •

Rashid Khalidi, Edward Said Professor of Arab Studies at Columbia University, is the editor of the Journal of Palestine Studies. He is the author of several journal articles and books, most recently Brokers of Deceit: How the U.S. Has Undermined Peace in the Middle East.