This Fall, the Trudeau government is planning on unilaterally introducing into Parliament their “Federal Recognition and Implementation of the Inherent and Treaty Rights of Indigenous Peoples in Canada” legislation. 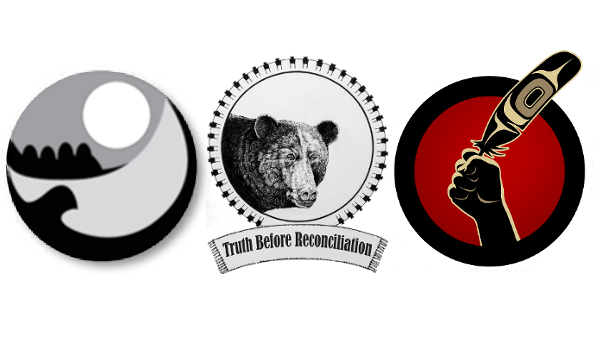 The “Framework” is a collection of federally imposed law and policy designed to terminate our pre-existing sovereignty and collective rights as Indigenous Nations and get our peoples to surrender to Crown sovereignty to essentially turn the original people into ethnic minorities.

The core of the planned federal “legislative framework” is to shift bands currently under the Indian Act into “self-government” agreements, which the Trudeau government is falsely calling “self-determination.”

If passed, this legislation will affect generations of our people and we haven’t had any say in the process or their plan! The Trudeau government is using federal legislation, policy and new 10-year funding agreements to force our people into new agreements that break our original relationship with our lands, territories and resources as Indigenous Nations.

The time is now for Indigenous First Nation Peoples – as the legitimate rights holders – to get organized and exercise our own decision-making powers with Free, Prior Informed Consent.

The legitimate rights holders, the people, will make decisions through our governance systems – families/clans, communities and as nations. Collectively, we will be directing leadership as international self-determining peoples on our issues!

This federal legislation must be stopped and a new process started that is based upon our original instructions from the Creator; our pre-existing sovereignty; our Aboriginal Title; our historic Treaties; our internationally recognized right of self-determination; the restoration of our stolen lands, territories and resources, or restitution for lands, territories and resources not returned!

We ask our Elders, pipeholders, medicine or traditional people and all our people to pray on Monday September 17, 2018, the day Parliament resumes. We must start the process of mobilizing our youth, families, communities and Nations to stop the Trudeau government’s Termination legislation and start building a new relationship in the right way from the ground up and not the top down!

We ask our people to organize teach-ins around the Federal Plan and Recognition Framework for the month of September to prepare for what’s coming!

A Coordinating Group from our Networks1 have monitored the Federal National Engagement Process and reviewed the Trudeau government’s July 2018 “Working Together Engagement Document” for their Recognition and Implementation of the Inherent & Treaty Rights of Indigenous Peoples (“Recognition Framework”) Legislation. Our collective response is as follows.

Since being elected in 2015, the Trudeau government has co-opted and manipulated terms like “Nation-to-Nation,” “Reconciliation,” “Decolonization,” “Self-Determination,” and “Inherent and Treaty Rights.” This has confused many of our people and hidden the true intent of the Trudeau government’s Indigenous Policy and Rights Agenda.

The Trudeau government is operating in secret and is carrying out a sophisticated public relations misinformation campaign that is causing confusion among our people about the government’s true intentions. This misinformation strategy is called “Special Words and Tactics” (SWAT).

Since forming a majority government, Prime Minister Justin Trudeau has launched the largest assault on First Nations collective rights in the 151-year history of Canada! Larger than the Harper government ever aspired to, but consistent with the intent of Pierre Trudeau’s 1969 White Paper on Indian Policy! What we are seeing now is the implementation of the White Paper through federal law, policy and their proposed Recognition Framework.

In order to re-colonize First Nations into assimilated “Indigenous-Canadians,” the Trudeau government has unilaterally imposed 10 Principles on Indigenous Relationships and started to dissolve the Department of Indian Affairs. Trudeau has imposed two new federal departments over First Nations to implement a new law and policy “Framework.”

Throughout the summer the Trudeau government has conducted a national engagement process with select, invited participants. This is a top down process that goes around our peoples and places our rights on the line without our participation or consent!

As Parliament resumes on September 17, 2018, we must publicly demonstrate that we do not agree with the federal process or the resulting legislation because it violates the international minimum standards regarding the rights of Indigenous Peoples!

Please review the Backgrounder we have prepared entitled “Breaking Down the Trudeau Government’s ‘Rights Recognition’ Framework” for more details on the threat the Trudeau government’s “Framework” legislation represents to our peoples, lands, waters and territories! •

Defenders of the Land is a network of Indigenous communities and activists in land struggle across Canada, including Elders and youth, women and men, dedicated to building a fundamental movement for Indigenous rights, was founded at a historic meeting in Winnipeg from November 12-14, 2008.

The Truth Campaign is a core team of people who worked on Russ Diabo’s 2018 campaign for the position of AFN National Chief and who are now working to get Crown governments and Canadian society to address “Truth Before Reconciliation” because the Truth and Reconciliation Commission and its Calls to Action are not sufficient to address the colonization that First Nations have historically experienced and which continues today particularly under the colonial policies and legislation passed under the Constitution Act 1867.

Idle No More was founded by four women (three of whom are Indigenous and one of whom is White) in November 2012 in response to several bills passed in Canada that undermine Indigenous rights and environmental protection. The movement grew quickly, and by January 2013 there were tens of thousands of Indigenous and non-Indigenous people taking part in locally-based actions and mass mobilizations around the world.