The Ontario Election isn’t about Deficits, and that’s a good thing

How big is your deficit? This Ontario election, no one seems to care – and that’s a decisive positive to emerge from a campaign that’s too often been submerged in the politics of personality.

There is more and more light sneaking through the widening cracks in Canada’s austerity consensus. Hopefully, it will shine not only on the latest vote-buying scandal or bout of red-baiting but hit upon some of the big questions of economic policy. Here, the relevant question is not “how big is your deficit,” but “who will it benefit?” Or, put most expansively, “how are you going to transform the economy?” 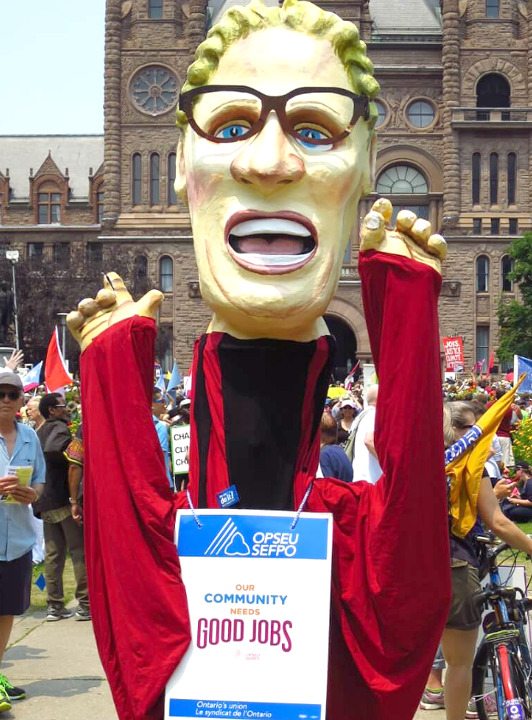 In part, deficit panic has taken a back seat this election season because of an uncomfortable fact for those on the right usually most eager to stir it up. Mike Moffatt, economist at the centrist Canada 2020 think tank, has very roughly costed out the Conservatives’ platform (something the party has so far steadfastly refused to do) and found that their deficits would most likely be the largest among the three major parties. That’s the result of promising big tax cuts for companies large and small, car drivers, the wealthy, the upper middle class and other core Tory constituencies alongside insubstantial changes to spending. This is transformation biased toward the wealthy.

The Parties Vie for Position

Doug Ford will protest that he will be able to generate ‘efficiencies’. These, however, will be either extremely painful cuts – think lay-offs for thousands of public sector workers like teachers, nurses, long-term care support staff or park rangers and more – or an unkept promise. Decades of neoliberalism have created a lean public administration as much as the right won’t admit it in public. Anyone claiming to easily find $6-billion in efficiencies, or 5% of Ontario’s budget, without shedding jobs or cutting services is simply lying.

The Ontario Liberals, surely emboldened by Justin Trudeau’s deficit-embracing, progressive neoliberalism, have also settled on steady, modest deficit spending. Deficits allow them to avoid raising taxes (the provincial corporate tax rate has even continued to drop on their watch) while continuing down the road of slow-motion austerity whose defining features are cost control and welfare state rationalization. Nothing to worry the financial markets and bond raters here. No real transformation either – the cuts of the Mike Harris years are further baked in, only their rough edges softened.

Chastised by their loss in 2014 and emboldened by deficits from everyone else, the NDP is also projecting modest deficits every year of its mandate if elected. These however are due to more substantial increases in both revenues and expenditures than the other two parties, with deficits generated by raising expenditures more than revenues. The important piece is not the deficit but what’s happening with the two components that produce it: expenditures and revenues. On the latter, the Ontario NDP have finally injected the smallest pinch of class politics into their policy, promising to raise taxes on both corporations and the wealthiest.

The final important factor to look at is what can happen to economic growth in Ontario. Since the debt-to-GDP ratio is a more relevant measure than the total stock of debt, we have to remember that it has a denominator. If the economy is growing, then even a rising debt stock, but one that rises more slowly than the economy, can lead to a falling debt-to-GDP ratio. Here, a provincial childcare plan that enables women to participate in the economy if they choose to do so should have a much bigger impact on future growth than further cuts to corporate taxes that are likely to end up lining shareholders’ pockets.

Although written in a very different U.S. context, this paper on debt and deficits in U.S. states by J.W. Mason and Aryun Jayadev is instructive on two key points often missing from the debate about sub-national (provinces in Canada, states in the USA) fiscal policy. First, sub-national governments hold significant asset positions (think schools, hospitals, highways, but also financial assets in public sector pension plans) that often far exceed their gross debt, meaning that changes in asset balances can potentially drive net debt ratios as much as fiscal balances. Second, changes in debt-to-GDP even at the sub-national level are often driven more by changes in economic growth than by deficits (or surpluses).

Remember that Doug Ford is also doing class politics, only his is to the benefit of a small minority, promising tax cuts to corporations, small business and the rich (yes, that “middle class tax cut” will see 50% of gains going to the top 10% and 30% to the second-from-top 10%). This – who benefits – is the core issue, not the size of the deficit. $6 or $7-billion in deficit spending may sound like a lot but it is under 1% of provincial GDP and even the NDP’s deficits would keep the debt to GDP ratio likely within a percentage point of where it is now.

Look south for a version of Doug Ford’s policy vision on steroids: the GOP just passed one of the largest tax cuts in U.S. history, creating a trillion-dollar deficit. There deficit hawks have also either been silent or escaped into fairy-tales about the ultimate trickle-down benefits of tax cuts for the wealthy and corporations – policies that have been not only patently ineffective but directly contributed to rising inequality.

Playing on deficit fears, either in the U.S. or in Ontario, can only backfire. The deficit and the ridiculous “whose is bigger?” question will only be asked more loudly when the left is in power. While Ontario does not have the tax base or the capacity to levy taxes at the level of the U.S. federal government, its fiscal powers are substantial. The question is not if the province will “run out of money” with any of the fiscal proposals currently on the table or any realistic alternative, but who will its economy work for. It is not whether our children can “afford” our debts, which will continue to roll over, but what kind of province we want them to inherit.

Here is where the nature not just the dollar figures behind economic policy start to matter. Take Doug Ford’s “tax cut” for those earning under $30,000 (roughly what a full-time minimum wage workers earns before tax). This cut may add to Tory deficits, but it actually leaves minimum wage workers worse off when combined with his pledge to cancel the planned increase to $15 minimum wage in 2019.

Corporations and the wealthy are rightly less worried about a small deficit from this kind of maneuver than they are happy to see low-wage workers put back in their place. On the flip side, a higher minimum wage combined with a strong movement to protect against reprisals, like those attempted by Tim Horton’s, can start to redistribute incomes (toward all low-wage workers) and embolden workers, especially since the overwhelming weight of economic evidence from the last few decades shows that raising the minimum wage doesn’t cost low-wage workers their jobs.

Hydro One – Back into the Public Fold

Or take the NDP’s promise to take Hydro One back into public ownership. This too will be an additional public expenditure, but also something with the potential for much greater ramifications than who owns a power utility on paper.

While [NDP leader] Andrea Horwath has promised to renationalize Hydro One, her plan mostly stops there. Rates can be reduced and management can be replaced – something even private owners might do. Contrast this with UK Labour’s plans to bring energy back into public hands (alongside water and rail), also a major plank of that party’s economic platform. Buying back shares is, however, just the first, and simplest, step. The real content of the policy lies in transforming public ownership into something more democratic, with substantially greater worker and community involvement in policy-setting and overall management. There is talk of municipally-owned utilities connected by a national grid to enable greater citizen accountability. 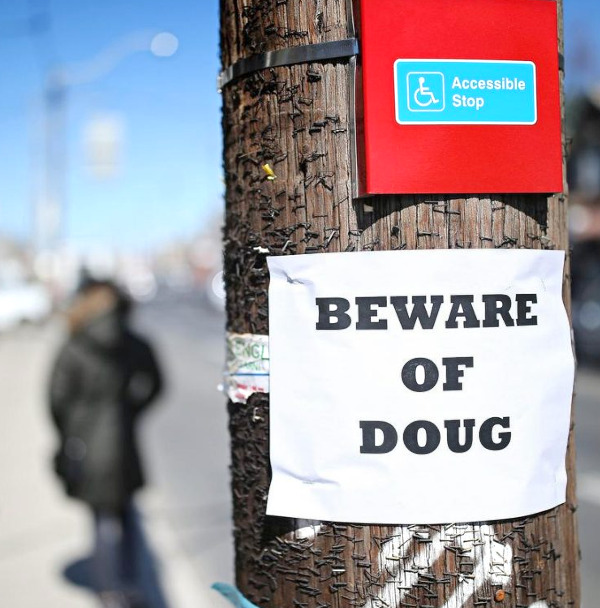 Think of this as going beyond a redistribution of incomes and resources to a redistribution of decision-making. The goal is placing more economic power in the hands of ordinary people. The Economist recently ran a surprisingly honest piece on “Corbynomics”, the UK Labour Party’s economic policy under Jeremy Corbyn, that rightly highlighted its most radical element not in fiscal or monetary policy but in its plans for a structural transformation of the economy.

In Ontario we can also think less about deficits and more about such transformation. Even seemingly narrow fiscal policy matters can be reframed. Taxing the rich can be less about simply generating more government revenue but also about reducing control over resources by the wealthiest, limiting their economic power. Aggressively taxing housing speculation could similarly be aimed at making housing a human right over filling public coffers – the ideal situation being one where a high speculation tax ultimately raises little money because housing is less of a private investment good. Then we would have to talk about higher pensions, which might demand more resources from all of us, but would also mean less power from employers over years when we are not working.

In this way transformation still naturally raises the questions of who controls economic decision-making over real resources, thus naturally engaging fiscal policy. It can make space for more public goods and more aggressive taxes. But it doesn’t start with whether there will be a surplus or a deficit next year.

So it’s refreshing to see deficits sidelined in this Ontario election so far. Let’s focus on the real issue: who is the economy working for today and who should it be working for in the future. •

This article first published on the author’s blog rozworski.org/political-eh-conomy.