A decade on from the 2007-08 global financial crisis, the majority of private banks have changed very little. Most remain solely concerned with maximizing their returns, while sustainable or social goals remain subservient to this. For conventional economists, anything else remains an impossible or distant dream. 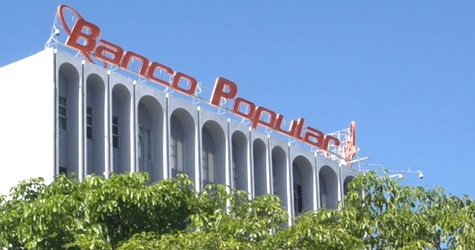 But there is hope for a different kind of bank – one that is run democratically and with sustainable principles at its core. Costa Rica’s cooperative Banco Popular and of Communal Development (or BPDC) illustrates a viable and desirable alternative to the average private bank. While not without its own challenges, it offers a number of lessons for the rest of the world.

Banco Popular was established in 1969 by the Costa Rican government to
promote economic development. The bank emerged from a tradition of solidarity, and continues to reflect that today. Its mission is to serve the social and sustainable welfare of Costa Ricans.

BPDC is a distinctive, public-like cooperative bank that is worker-owned and controlled. Any worker holding a savings account for over a year has the right to share ownership in it. It combines commercial and developmental functions with clients that include workers, peasants, micro-, small and medium-sized enterprises, as well as communal, cooperative, and municipal development associations.

Since 2000, the bank has grown into a large financial conglomerate (Costa Rica’s third largest bank), offering the gamut of banking, pension, stock market, investment and insurance services. It has 103 branches nationwide and employs 4,300 people. Assets exceeded $5.4-billion (U.S.) in 2016 with a net income of $68-million. Its return on assets averages around 1.5 per cent, showing high returns for a retail bank.

The bank benefits from a unique form of permanent capitalization: employers contribute 0.5 per cent and workers 1 per cent of their monthly wages to it. After a year, 1.25% of these “obligatory savings” are transferred to each worker’s individual pension fund. The BPDC keeps the remaining 0.25% as a capital contribution.

The BPDC qualitatively differs from typical private banks. Its current mandate incorporates a triple bottom line: the economic; the environmental; and the social. Earning financial returns is placed on a par with serving the environmental and social good.

The BPDC is perhaps the most democratic bank in the world. It has a workers’ assembly as its highest governing body which represents the 1.2m workers-cum-savers serviced by the bank (20% of the population). The assembly is made up of 290 representatives selected from a wide range of social and economic sectors. It gives strategic direction to the bank’s board of directors, which is composed of four members from the assembly and three from the government.

Popular consultation is a crucial part of the bank’s decision-making process. Its 2017-2020 strategic plan was informed by a three-year nationwide consultation, which reached nearly 1,500 participants across 11 regions.

The bank also puts a strong emphasis on gender equity. So at least 50% of the bank’s board must be women, earning the bank the distinction of being the first public organization in Central America to establish at least 50% women in its decision-making bodies. The bank also has a Permanent Women’s Commission that makes gender equality a priority across the conglomerate.

What the BPDC is has much to do with its makeup.

The Banco Popular did not start out very green. But it has become a defining characteristic since 2014 when the left-leaning Citizens’ Action Party came to power and focused on making the economy promote social and environmental good, as opposed to pure profit.

The bank has since developed speciality lending products, like eco-savings and eco-credits to help businesses fund more environmentally friendly projects. For example, earlier this year the bank helped finance the purchase and installation of residential solar energy panels.

On the developmental side, the BPDC supports local communal associations to provide sustainable water supply systems. It also works with regional energy cooperatives to finance everything from hydroelectric energy generation and energy-efficiency retrofitting, to conservation projects involving vulnerable nature areas.

The bank has also started to green itself. It tracks its own consumption of energy, strategises how to reduce its carbon impact, and reports this annually following the international, independent Global Reporting Initiative. The bank’s pensions division has been certified as “carbon neutral” for four years running.

Clearly, there is much to commend the Banco Popular as a model of alternative banking. But it is not perfect. Since its inception nearly 50 years ago, the bank has been the object of intense political power struggles and it came close to near collapse during the 1980s. Calls to privatize it are ever-present.

The struggle over effective control rages. Should the BPDC move toward complete worker control of its board or maintain continued government oversight, but with greater popular representation? The problem goes to the heart of how the public interest can and should be democratically represented in the bank.

Operationally, the Bank’s green portfolio needs expanding to be more sustainable. This will demand innovative thinking around green projects that have some kind of financial return. But how its green impact is practically measured has yet to be resolved.

Finally, there are burning strategic questions. The BPDC is relatively profitable. From a solidarity perspective, is this socially justifiable? Still, earning good returns enables the bank to fund more social projects through its subsidiary Social Bank. Some might argue that the whole of the bank’s operations be geared toward this.

These hitches of governance, greenness and socialness are important, but the beauty of the BPDC is that they are resolvable within the democratic processes of the bank and Costa Rican society. For those banking on alternatives to the private profit-maximizing dogma of most banks, the Banco Popular offers hope and direction. •

Thomas Marois is a Senior Lecturer in the Department of Development Studies, SOAS, University of London. He is co-editor (with Lucia Pradella) of Polarizing Development: Alternatives to Neoliberalism and the Crisis (Pluto, 2014), and author of States, Banks and Crisis: Emerging Finance Capitalism in Mexico and Turkey (2012).