Is the ‘Green Economy’ a New Washington Consensus?

The current environmental and climate crisis is not simply a market failure because nature is not simply a form of capital. Putting a price on nature under the label of the ‘Green Economy’ is an attempt to expand the reach of finance capital and privatize our planet.

Today we are facing great risks – even a civilization crisis – manifest in many dimensions and exacerbated by unprecedented inequalities. Systems and institutions that sustain life and societies – such as food and energy production, climate and biodiversity, even economic and democratic institutions – are under attack or in a state of collapse. 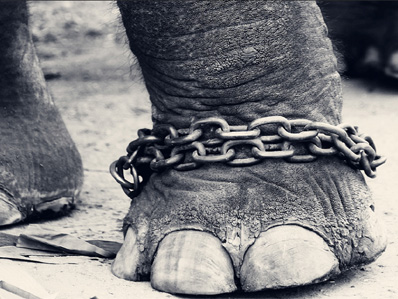 In the 1980s, faced with a crisis of profitability, capitalism launched a massive offensive against workers and peoples, seeking to increase profits by expanding markets and reducing costs through trade and financial liberalization, flexibilization of labour and privatization of the state sector. This massive structural adjustment became known as the Washington Consensus.

Today, faced with an even more complex and deeper crisis, capitalism is launching a new attack that combines the old austerity measures of the Washington Consensus – as we are witnessing in Europe – with an offensive to create new sources of profit and growth through the ‘Green Economy’ agenda. Although capitalism has always been based on the exploitation of labour and nature, this new phase of capitalist expansion seeks to exploit and profit by giving a price value to the essential life-giving capacities of nature.

The Rio de Janeiro Earth Summit of 1992 institutionalized important bases for international cooperation on sustainable development, such as polluter pays, common but differentiated responsibilities and the precautionary principle. But Rio also institutionalized the concept of “sustainable development” based on “sustainable growth.” In 1992 the Rio Conventions acknowledged for the first time the rights of indigenous communities and their central contributions to the preservation of biodiversity.  But, in the same documents, the industrialized countries and corporations received the guarantee that the seeds and genetic resources that they gained through centuries of colonial domination would be protected through intellectual property rights.

Twenty years later, in 2012, the plunder continues. The ‘Green Economy’ agenda is an attempt to expand the reach of finance capital and integrate into the market all that remains of nature. The ‘Green Economy’ aims to do this by giving a “value” or a “price” to biomass, biodiversity and the functions of the ecosystems – such as storing carbon, pollinating crops, or filtering water – in order to integrate these “services” as tradeable units in the financial market.

What and Who is Behind the Zero Draft?

The zero draft outcome document for the Rio +20 UN Conference on Sustainable Development is called “The future we want.”[1] At the heart of this short text is the section “The green economy in the context of sustainable development and poverty eradication.”

The ‘Green Economy’ is an ambitious global project that seeks to disassociate economic growth from environmental deterioration through a three-dimensional capitalism that includes physical capital, human capital, and natural capital (rivers, wetlands, forests, coral reefs, biological diversity and other elements). For the ‘Green Economy,’ the food crisis, the climate crisis and the energy crisis share a common characteristic: the failed allocation of capital. As a result, the ‘Green Economy’ treats nature as capital – “natural capital.” The ‘Green Economy’ considers it essential to put a price on the free services that plants, animals and ecosystems offer to humanity in order to “sustainably manage” biodiversity, water purification, pollination of plants, the protection of coral reefs and regulation of the climate. For the ‘Green Economy,’ it is necessary to identify the specific functions of ecosystems and biodiversity and assign them a monetary value, evaluate their current status, set a limit after which they will cease to provide services, and concretize in economic terms the cost of their conservation in order to develop a market for each particular environmental service. For the ‘Green Economy,’ the instruments of the market are powerful tools for managing the “economic invisibility of nature.”

The zero draft – as with all the vicious attacks of capitalism – is full of generalities to hide the real intentions. Behind the zero draft is the 2011 UNEP report Towards a Green Economy: Pathways to Sustainable Development and Poverty Eradication that shows clearly the ultimate goal of achieving “green capitalism.”[2]

The main targets of the ‘Green Economy’ are the developing countries, where there is the richest biodiversity. The zero draft even acknowledges that a new round of “structural adjustments” will be necessary:

“developing countries are facing great challenges in eradicating poverty and sustaining growth, and a transition to a green economy will require structural adjustments which may involve additional costs to their economies…”

But the ‘Green Economy’ is not a fiction of the future: it is already here. As the zero draft states, “We support policy frameworks and market instruments that effectively slow, halt and reverse deforestation and forest degradation.” This is referring to REDD (Reducing Emissions through Deforestation and Forest Degradation), an initiative of the UNFCCC which consists of isolating and measuring the capacity of forests to capture and store carbon dioxide in order to issue certificates for greenhouse gas emissions reductions that can be commercialized and acquired by companies in developed countries that cannot meet their emission reduction commitments. We have already seen that the market for carbon credits based on forests will lead to: a) noncompliance with effective emission reduction commitments by developed countries; b) the bulk of resources being appropriated by intermediaries and financial entities and rarely benefitting countries, indigenous peoples and forests themselves; c) the generation of speculative bubbles based on the sale and purchase of said certificates; and d) the establishment of new property rights over the capacity of forests to capture carbon dioxide, which will clash with the sovereign rights of states and the indigenous peoples that live in forests.

The postulates promoted under the ‘Green Economy’ are wrong. The current environmental and climate crisis is not a simple market failure. The solution is not to put a price on nature. Nature is not a form of capital. It is wrong to say that we only value that which has a price, an owner, and brings profits. The market mechanisms that permit exchange among human beings and nations have proven incapable of contributing to an equitable distribution of wealth. The main challenge for the eradication of poverty is not to grow forever, but to achieve an equitable distribution of the wealth that is possible under the limits of the Earth system. In a world in which one per cent of the population controls 50 per cent of the wealth of the planet, it will not be possible to eradicate poverty or restore harmony with nature.

The ‘Green Economy’ agenda is a cynical and opportunistic manipulation of the ecological and social crises. Rather than addressing the real structural causes of inequality and injustices, capital is using “green” language to launch a new round of expansion. Corporations and the financial sector need governments to institutionalize the new rules of the ‘Green Economy’ to guarantee them against risks and to create the institutional framework for the financialization of nature. Many governments are willing partners in this project as they believe it will stimulate a new phase of growth and accumulation.

The ‘Green Economy’ is not the future that WE want. •

2.
Towards a Green Economy: Pathways to Sustainable Development and Poverty Eradication, UNEP, 2011.