Afghanistan: There Is Only One Solution

Donald Trump spent a lot of time when campaigning last year denouncing Barack Obama’s foreign policy. Yet within months of entering the White House he too is pledging to continue the war in Afghanistan, sending more troops not to engage in nation building as he puts it but to “kill more terrorists.” It is hard to see what another estimated 4000 troops will do that Obama’s surge didn’t do, or how he thinks that this move will in any way improve the fortunes of the U.S. backed government which is losing the war against the Taliban. 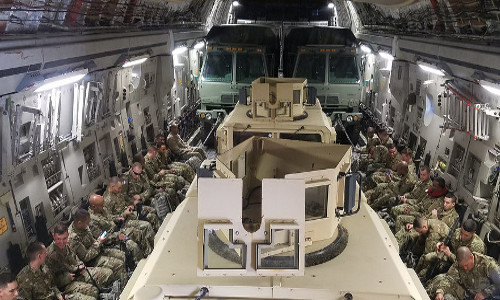 For those who are too young to remember the origins of this war, or to whom its origins are lost in the mists of time, it is worth restating that it was the first in the series of wars dubbed the War on Terror, launched by George W. Bush back in 2001, which was rapidly deemed a success since it overthrew the Taliban government. Since then, despite repeated declarations of turning points and victories, of stabilisation of the country, the war continues. Far from being defeated, it is estimated that the Taliban now control around half the country.

Trump’s claim that the U.S. will kill more terrorists will no doubt be achieved, but at what cost? Earlier this year, he authorised the dropping of the “mother of all bombs” in Afghanistan, which undoubtedly killed many people. Yet only six months later he is faced with the prospect of escalating the war again with absolutely no likelihood that this will succeed.

This U-turn by Trump can be seen as an assertion of control by the military – who of course play a key role in his White House. But the military have consistently under estimated the strength of the Taliban (and more lately Islamic State), and have failed to win a war which has lasted three times as long as the First World War. There is no reason to believe this strategy will be any more successful.

But given Trump’s other policies it can contain even greater dangers than we have seen so far. He attacked Pakistan for providing a safe haven for terrorism and effectively set it up for a sanctions regime. He also called on India to do more in Afghanistan – something which will cause alarm in Pakistan. Imposing sanctions on Pakistan – alongside those already imposed on Russia, Iran, North Korea, Venezuela – is a signal for greater conflict in the region, not less.

The U.S. is also saying that it will call on its NATO allies to help with this latest escalation. British Prime Minister Theresa May will no doubt be first in line to stress the ‘special relationship’ and send a meaningless token in his support. But we should remember that the NATO powers have never left Afghanistan and that their bombing, in particular, in recent years has led to many civilian deaths and to ever greater resentment toward the west. The Taliban even sent an open letter to Trump last week, calling on him to ignore his generals and Republican hawks, and stressing that continued war only led to new recruits to fight against the U.S. forces. In their words, “Every child is raised with a spirit of vengeance” in Afghanistan.

This, along with Trump’s warmongering over North Korea, is exactly the time for Britain to break the special relationship with the USA. There is a tremendous sense of weariness over these wars and a recognition that – far from ending terrorism – they are helping foment it. The solution offered by Trump in Afghanistan is no solution, for the people of Afghanistan or for anyone else.

There is only one solution which is to recognise that this intervention is a major part of the problem and to get all the troops out.

Trump won his election in part on the basis that he would stop fighting costly wars – costly in terms of both lives and finance. He has now abandoned this aspiration. He and his allies like May flounder around with no idea how to end the wars, and are therefore committed to carrying them on. The cost is to the rest of us in wasted lives, millions made refugees, instability and terrorism.

Theresa May’s continued invitation to Trump for a state visit to Britain is a disgrace, and should be rescinded now. That, troop withdrawal and a change in foreign policy that breaks with Trump are the only antidotes to this continued disaster. •

This article first published by Stop the War Coalition.

Lindsey German is a leading member of the Stop the War Coalition.