Afghanistan has been in a state of chaos since at least the Taliban resurgence in 2006 and the entry of the Islamic State group (Daesh) more recently. Assaults have been made not just on Afghan police units and US military targets but also on prisons, schools, funerals and maternity wards across the country. In early 2017, the UN estimated that some 18,000 civilians had been killed since 2015 alone. 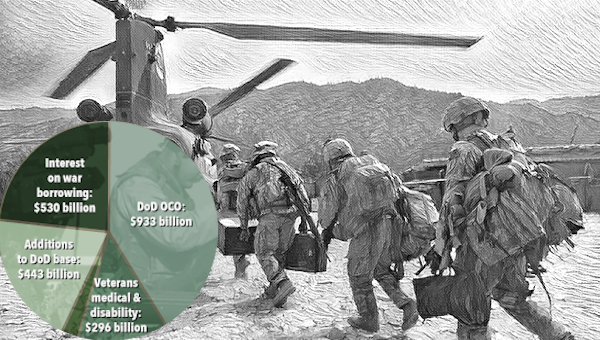 This litany of tragedies and crimes in Afghanistan is a reminder – especially to those of us who have followed events since 1978 – of the consequences of foreign military interventions. Afghanistan remains among the countries with the lowest human development rankings and the highest insecurity rankings.

Is it any wonder that thousands of young Afghan men, along with many young Afghan families, try to find refuge in Europe? Or that over the years, the present writer has prepared affidavits for pro bono lawyers representing Afghan professional women seeking asylum in the United States?

This is Afghanistan, 20 years after the Bush regime launched a military attack in the aftermath of 9/11 to punish the Taliban for harboring Osama bin Laden, and years after the Obama administration ordered troop enhancements and drone attacks.

But the roots of Afghanistan’s insecurity and instability go back further, to the fateful decision by the Carter Administration in 1978-80 and the Reagan administration in the 1980s to undermine a modernizing left-wing government supported by the Soviet Union and to promote a tribal-Islamist rebellion. In the waning days of the Cold War, US politicians, pundits, and even human rights advocates considered communism a greater threat than political Islam – despite what they saw occurring in the Islamic Republic of Iran.

The attack on the Intercontinental Hotel hit home to me because that is where I stayed in Kabul in January-February 1989, as the last Soviet troops were leaving Afghanistan. I had come to explore the government’s social policies, particularly its commitment to literacy, schooling for girls and women’s equality.

Born in Iran, I was able to converse with Afghans – from hotel employees and shopkeepers to members of the ruling People’s Democratic Party of Afghanistan (PDPA) and employees of the various agencies and organizations I visited. I found most of them proud of the accomplishments to date despite the almost decade-long internationalized civil conflict. But they also were uncertain of the future, given that their main ally was withdrawing.

As it happens, the Democratic Republic of Afghanistan (DRA) and its military stayed in place for another three years, finally succumbing in April 1992 to the Mujahideen rebellion reinforced by Islamist fighters from other countries, arms delivered by the United States via Pakistan, and funds from Saudi Arabia.

Almost immediately, Mujahideen commanders began to fight each other, plunging the country into more chaos until the Taliban came rampaging in, finally removing the Mujahideen in 1996 and creating their own, nightmarish version of stability. Will the same happen after the last of the US and NATO forces leave in September?

In 1978-79 I was a student, first in Canada and then in the United States, determined to return to Iran after what we leftists hoped would be a democratic socialist Iran. I was aware of the revolution in neighboring Afghanistan but was fully focused on Iran’s revolution.

Iran’s outcome went from bad to worse – with summary executions of Pahlavi-era officials, executions of the first group of leftists in August 1979, the US embassy hostage incident, the imposition of compulsory hejab, the war with Iraq in the 1980s, the arrests and killings of numerous dissidents, and the self-exile of other dissidents. I turned my attention to events and developments in Afghanistan.

Here was the leftwing alternative that we had sought in Iran, even though by the mid-1980s it was clear that the Afghan experiment was under siege. I began to read what I could, including Afghan government and Soviet publications, academic studies and press accounts. US press accounts and academic and “human rights” reports alike evinced the kind of knee-jerk anti-communism that led logically to sympathy for Islamist rebels. The dispatch of young Afghans to school and university in the Soviet Union was denigrated as “Sovietization.”2

As I was about to embark on a postdoctoral fellowship for which I would be comparing gender policies in Iran and Afghanistan, I decided to pay a visit to the Afghan mission to the UN in New York to request contacts in Kabul. I also spoke with Inge Kaul, then of the United Nations Development Program (UNDP), who had spent two years in Kabul. She offered a positive assessment of what the Afghan government under president Babrak Karmal had been trying to accomplish.

What the Afghan government tried to institute in the years after it came to power in April 1978 is worth recalling: land reform and redistribution, free and compulsory schooling, rights for women, and equality for all ethnic groups (including the oppressed Shia Hazara).3 It should be noted that the DRA’s program included elements that had already been achieved in Iran, and much earlier, albeit under a state system that had been strong and centralized for much longer.

The Soviet military intervention beginning December 24, 1979 followed a period of intensifying US destabilization efforts, and factional struggle between and within the Khalq and Parcham factions of the Peoples Democratic Party of Afghanistan. The September 1979 assassination of PDPA general secretary Nur Mohammad Taraki was instigated by Hafizullah Amin, who in turn was killed and replaced by Babrak Karmal of the Parcham faction when Soviet troops entered. In the ensuing decade the United States, Pakistan and Saudi Arabia financed Islamist fundamentalist fighters against the regime, notably including Osama bin Laden, with all the tragic consequences for Afghanistan, the United States and the world – ATC ed.

In 1978, the DRA had the advantage of a loyal military and a ruling party committed to the country’s modernization. The disadvantage lay in intra-party rivalries and opposition from Maoist groups and rural landlords, which weakened the government’s efforts.4 The hostility of the United States and Pakistan deepened the internal crisis and elements within the ruling party several times appealed to the Soviet Union for assistance, which finally came in December 1979.

Denouncing the “Soviet invasion,” the Carter administration made its covert destabilization program more overt. The Reagan administration intensified it further, prolonging the Soviet army’s presence and the suffering of the Afghan people.5

Nonetheless, when I visited Kabul in early 1989, I met with and interviewed committed party members and government workers, saw placards across the city that showcased the literacy program or called for peace and reconciliation, toured a factory, shopped at the bazaar, observed a meeting at the women’s organization, attended a press conference by president Najibullah (the DRA’s third and last president), and visited a women’s literacy and training center.

Upon my return to the United States, I tried to publish an article about my visit to Afghanistan but was preempted by the Salman Rushdie affair; Ayatollah Khomeini’s appalling fatwa [condemning Rushdie to death for purported “apostasy” – ed.] finished off my efforts to present a different picture of Afghanistan in the mainstream media. My academic writings, however, continued.6

It is worth imagining what Afghanistan could have been today, had the Carter/Brzezinski administration refrained from efforts to destabilize the Afghan government – which had come to power in a military coup in April 1978 – and the Reagan administration had not created a “Vietnam quagmire” for the Soviet Union, which had sent troops to bolster the Afghan military after appeals from the government.7

The DRA government very likely could have defeated the tribal-Islamist uprising and continued to carry out its social reform program, especially after the DRA’s more moderate “second stage” (marhaleh dovvom) under Babrak Karmal, the DRA’s second president. It would have strengthened state institutions, increased literacy, schooling and healthcare, built roads and a railway system, and promoted business, agriculture and industrial development.

Of course, the global shift to a neoliberal economic model would have weakened such initiatives, as it did in many developing countries but at least some semblance of good governance and infrastructural development would have prevailed, and the country would not have been plagued by Taliban attacks.

That the US “investment” in Afghanistan has been an utter failure cannot be denied. The recent Congressional Afghanistan Study Group Report describes the financial and human costs, although it calls for an extension of the withdrawal date. The UN Assistance Mission in Afghanistan (UNAMA), published a study, “Afghanistan: Protection of Civilians in Armed Conflict 2021 First Quarter Report,” documenting 1,783 civilian casualties (573 killed and 1,210 injured). 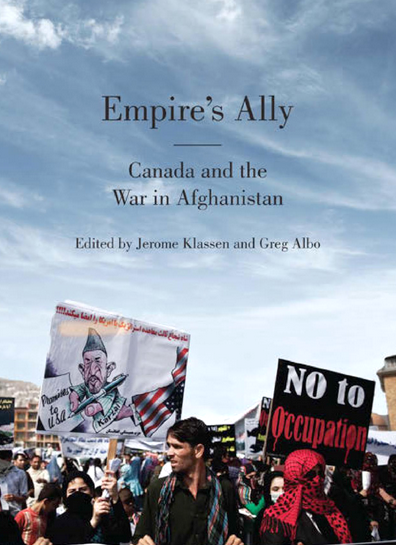 UNAMA adds: “Of particular concern is the 37% increase in the number of women killed and injured, and a 23% increase in child casualties compared with the first quarter of 2020.” The UN mission tweeted on April 28: “UN steadfast in support of inclusive peace process, with meaningful participation of women and youth for a lasting peace.” Given the continued violence, how can this come about?

The Congressional Study Group’s recommendation of a “regional diplomatic strategy implemented over the longer term” is sound, as is UNAMA’s emphasis on the participation of women and youth. For that to occur, the United States would need to become an honest broker, and refrain from undermining a regional strategy that would of necessity include Iran, Russia, China, India and Pakistan (and possibly the Central Asian states Tajikistan, Uzbekistan and Turkmenistan).

A broad-based caretaker government may need to be in place to complement a regional peacekeeping force. The United States would have to ensure that its ally Pakistan would no longer provide support for anti-government extremists. Further, the following steps are needed:

States that have been most involved in Afghanistan’s destabilization and decades of military conflicts have the responsibility to help foster and fund peace, reconciliation, reconstruction and development – with the rights and participation of women and girls at the center of all programs, projects and policies. •

This article first published on the Against the Current website.

Valentine Moghadam is Professor of Sociology and International Affairs at North­eastern University, and Board member of Massachusetts Peace Action.