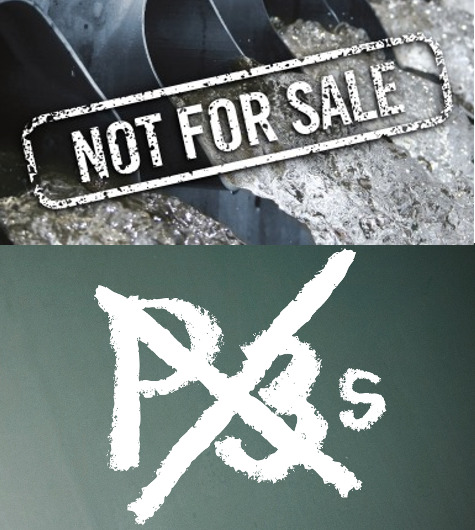 The Canada Infrastructure Bank (CIB) will support projects that generate revenue for private lenders and corporations, including water and wastewater systems, public transit, roads and electrical utilities. Privatization will lead to higher user fees and tolls. It will also divert significant public funds away from building and maintaining public facilities, and into private, for-profit pockets.

The Liberals introduced legislation to create the bank on April 11, 2017 as part of the omnibus budget bill. The bank is expected to be up and running in late 2017. CUPE presented briefs opposing the bank at two House of Commons committees, as well as submitting a brief to the Senate committee studying the bank. Our research shows the bank’s for-profit motive could double the costs of building infrastructure, increase the privatization of public infrastructure and impose higher fees and tolls on the public. Privatization will also put pressure on the wages and working conditions of CUPE members who work in the sectors being targeted by the bank, such as public utilities and transportation.

From Low-Cost Lending to High-Priced Profits

The purpose of the bank has undergone a significant shift. It was introduced as a source of low-cost financing for public infrastructure. Now, it will be mandated by law to attract investment from private sector investors for revenue-generating infrastructure projects.1 Both the Liberal election platform and finance minister Bill Morneau’s mandate letter stated that the bank would provide low-cost financing to build new infrastructure projects – a policy direction that would have helped municipal governments. But the world’s largest private investment firm, Blackrock, and private consultants like McKinsey quickly got involved in reshaping that mandate to suit private interests.

The federal government will put an initial $35-billion of public money into the bank, with $15-billion of that split evenly between transit projects, trade and transportation projects, and green infrastructure. The private sector is expected to put in up to $4 in private funds for every public dollar in the bank, coming from Canadian and foreign investors.

The federal government can now borrow at interest rates below 2.5 per cent over 30 years. At the same time, large investors expect high returns on any loan or investment of between seven and 20 per cent, depending on the type of infrastructure.2 At nine per cent, the cost of public infrastructure will double.3

There are other options for funding infrastructure. The government could follow through on its original proposal to create a bank with low-cost financing, drawing on the experience of existing federal banks that provide loans, financing and credit for entrepreneurs and exporters.

The CIB will invest in projects that generate revenue through user fees or tolls. This means the public will be paying more for transit fares, tolls on roads and bridges and fees for public utilities like water and electricity.

Tolls and user fees are regressive, which means lower and middle-income earners pay a larger share of their income for these fees than higher-income people. This move will shift infrastructure costs away from our tax system, where individuals contribute based on their income level, to fees and tolls that most affect those who can least afford to contribute – lower-income and working-class people.

A government memo recognizes the problems with higher-cost private finance: “Financing mechanisms can increase the cost of infrastructure with potential for debt to be serviced either by the tax payer / user.”4 We will all pay for increased infrastructure costs through higher user fees and tolls, higher government debt payments which lead to fewer infrastructure projects overall, or our municipal or provincial governments who pay subsidies to private corporations for decades-long maintenance and operations contracts.

A finance department document notes, “Typically, user fees are regarded as regressive since the same fee is charged to all users regardless of their income.”5 The regressive nature of user fees on roads would be particularly severe in areas with fewer alternative methods of transportation.

The Canada Infrastructure Bank could lead to privatization of airports, ports, public transit systems, highways and bridges, water and wastewater systems and hydro-electric grids. Our public facilities could be privatized through public-private partnerships (P3s), or by being fully or partly sold to private investors. The CIB was developed with one-sided advice from the same investors, including pension funds, that will profit from it.

These infrastructure projects will likely be tailored to profit the private investors, not the public interest. This is an unprecedented power shift that will affect how all future infrastructure in our country is designed and planned. The privately-designed $6-billion Réseau électrique métropolitain (REM) light rail project in Montreal provides a first glimpse at the dangers of allowing profit to drive the development of public infrastructure. The project is being proposed by the infrastructure arm of the Caisse de dépôt et placement du Québec, which manages the funds of the Quebec Pension Plan and other public pension funds. Decisions about the route, technology and compatibility with existing transit lines are driven by what suits the profit interests of the Caisse and private developers.

The bank is being set up as a federal crown corporation. It will have many transparency and accountability gaps that limit the public’s right to see and influence decision-making on infrastructure investment.

The CIB will be subject to audits at a lower standard and with less transparency than the Auditor General has over direct government departments, despite the $35-billion in public funding to establish the bank, and the bank’s influence over public infrastructure. The Auditor General may not be able to review specific projects to judge whether they provide value for money to the public.

The legislation creating the bank says all information about project advocates or private sector investors must be kept secret, except in exceptional circumstances. The bank would already be covered by Access to Information legislation, which excludes access to documents based on commercial confidentiality, economic interest of government or policy advice. Additional exemptions in the Canada Infrastructure Bank Act make it clear the government wants its privatization projects to remain secret.

Municipal, provincial and federal government representatives are explicitly barred from appointment to the board of directors. It is likely the majority of the board and the CEO will be from the finance and banking sectors, the very sectors that will profit from the CIB.

The money available through the CIB is not “free money.” It comes at a very high price, and it must be paid back. The only reason large-scale investors like pension and hedge funds invest in public infrastructure is to make a profit. We will pay more for the critical infrastructure communities need through the new privatization bank. At the same time, private corporations will have unprecedented control over vital public facilities.

Our transit, our roads, and our water systems are not for sale.

Canadians need a federal plan that protects public infrastructure – instead of selling it off and hiking fees and tolls. CUPE is calling for the Liberals to keep their election promise of low-cost loans to cities and towns. Check out CUPE’s recommendations for an infrastructure bank in the public interest. Let’s rebuild our water systems, roads and bridges with low-cost public borrowing. And let’s keep our infrastructure public – for us and for future generations.

This fact sheet and other CUPE resources on financing public infrastructure are at cupe.ca/not-for-sale. •

This article was first published on the CUPE website.