A Day Without Immigrants

Millions of immigrants, both documented and undocumented, who lead hard working and productive lives, are also union members. 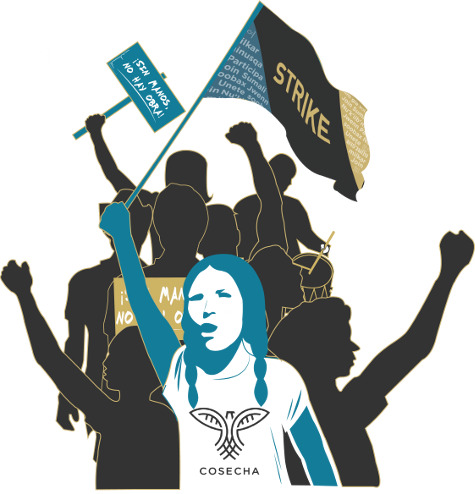 Donald Trump launched his political campaign in 2015 with a racist attack on Mexican immigrants, painting them as rapists and murderers. He made attacks on our Muslim sisters and brothers his political trademark – even going so far as to propose a religious test for immigration. This kind of race baiting and immigrant bashing has a long history in our country – a consistent attempt by business elites to divide working class people in order to advance their pro-corporate agenda.

As leaders of the unions who supported Bernie Sanders for president, we refuse to go down that road of hatred, resentment and divisiveness. We will march and stand with our sister and brother immigrant workers against the terror tactics of the Trump administration.

We are a nation of immigrants. Every generation and every race and ethnic group has seen attempts to divide the working class based on race and ethnic origin. Together we say NO to the politics of division! We call on Trump and his supporters to end the attacks on immigrant workers!

On May 1, 2017 millions of immigrant workers will engage in public resistance to the Trump administration. In some places that resistance will include labor strikes and boycotts. Millions will march in cities and towns all across the country. We pledge to support these protests and will urge our organizations’ leaders and members to participate in whatever way we can.

Workers united, will never be defeated! •

Other May Day resources: