‘No Admittance Except on Business’: How P3s are Produced and the Secret of Their Profit Making

“Accompanied by Mr. Moneybags … we [enter] into the hidden abode of production, on whose threshold there stares us in the face ‘No admittance except on business’. Here we shall see, not only how capital produces, but how capital is produced. We shall at last force the secret of profit making.”

On February 21, 2016 a rare but much-needed Anti-Privatization Forum is being held in Toronto. The event not only continues a decades-long struggle by unions, activists, and concerned citizens to protect public services; it identifies areas of particular relevance in Ontario’s privatization saga today – namely in relation to healthcare, hydro, transit, and housing. 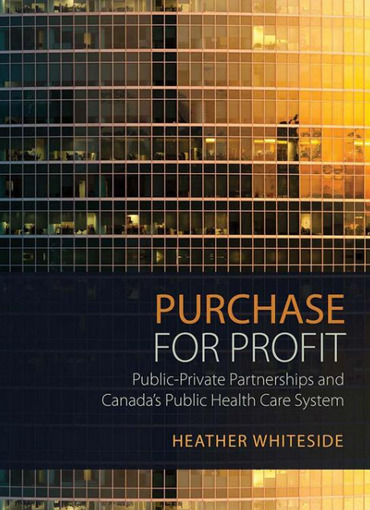 If Canada’s late 1980s and early 1990s privatization schemes largely favoured creating new sources of private profit making through the divestiture of state assets, by the late 1990s new avenues of privatization were being increasingly located within the state in the form of public-private partnerships (P3s).

While public-private collaboration may be nothing new in Canada, P3s for public infrastructure and services establish binding, multi-decade long contracts that bundle the private for-profit design, construction, finance, and management of public works that remain state responsibilities. With these partnerships, the state remains on the hook and the privatization dimension often flies under the radar. Seldom is any effort by P3 promoters put into making the public-at-large aware of what exactly P3s are, how they are produced, and how they work as a hidden abode of profit making within public sector operations. This despite many an Ontario P3 being a household name: Highway 407, the Brampton Civic Hospital, the Thunder Bay and Waterloo courthouses, and several up-and-coming LRT projects in Toronto, like Finch West and Eglinton Crosstown, just to name a few.

There are now well over 200 infrastructure P3s across Canada in nearly all jurisdictions, in some of the most sensitive areas of the public interest: healthcare, education, water, transportation, and incarceration. They turn public infrastructure and services into private commodities and financial assets with shockingly few details released except when admitted on business. Opacity results in P3 proliferation and normalization despite serious drawbacks like incursions on democratic processes, urban planning, social justice, environmental protection, and labour conditions.

Here I draw on recent research to shine some light on the hidden abode of P3s. I do so in the spirit of seeking to revoke Mr. P3 Moneybags’ privileged claim to “No admittance except on business.” (See bibliography below.)

“Infrastructure is ultra-low-risk because competition is limited by a host of forces that make it difficult to build, say, a rival toll road. With captive customers, the cash flows are virtually guaranteed. The only major variables are the initial prices paid, the amount of debt used for financing, and the pace and magnitude of toll hikes – easy things for Wall Street to model” (Emily Thornton, Businessweek, 2007).

Idiosyncrasies aside, a P3’s profit-oriented private partners are made up of two groups: equity investors who are signatories to the contract (typically the engineering, construction, and service providers), and debt holders who provide the bank or bond financing (which can include private commercial banks, wealthy individuals investing in infrastructure funds, and institutional investors like pension funds, life insurance companies, sovereign wealth funds and superannuation funds, and investment banks).

Privately financed public infrastructure offers investors two means of profit making: as projects and as assets. Physical infrastructure projects like bridges, highways, and water treatment facilities provide stable and predictable revenue since they monopolize the role of provider and deliverer of that service to particular communities. The monopoly position is then guaranteed by multi-decade government contracts that often contain anti-competition clauses. And as a financial asset, public infrastructure brings in high returns for low risk. Mark Florian, the head of North American infrastructure banking at Goldman Sachs, summarizes the eagerness of investors to have government set up and lock in P3 projects: “there’s a lot of value trapped in public assets” (quoted in Thornton 2007).

Though each project is unique, investors tend to expect real rates of return of at least 15-25%; if refinanced in the relatively low risk operational phase of the project, cheaper debt can mean significantly enhanced profitability for equity holders. In some jurisdictions (such as Ontario and BC) refinancing gains must be shared with public partners, in others this provision does not exist. Equity sales can also be quite lucrative. In the UK, for example, Whitfield (2011) estimates that 240 P3 equity transactions have taken place since 1992, valued at £10-billion, with average profit rates coming in at a whopping 51%. Equity sales without public input or permission are typical in Canada.

Getting the Story Straight

It is clear that one half of the P3 partnership gains substantially from privatization, but the implications are far less rosy for the public and public sector.

In December 2014, Ontario’s Auditor General concluded that 74 P3 projects had added an additional (and unnecessary) $8-billion to the province’s long run budget obligations when compared with what traditional ways of financing, building, and procuring infrastructure would have cost. Most often this comes down to the lower rates of interest paid by public borrowers (even/especially after 2008) but can also be chalked up to the higher transaction costs associated with P3s.

Despite the provincial interest rate favouring public borrowing, the province of Ontario defends its use of private financing on the basis that it cannot sustain a high amount of debt. This argument obscures the long run nature of the P3 commitment: whether direct borrowing or multi-decade payment obligations to a private partner, the least costly option is the public option.

Getting Their Story Straight

As opposed to cost savings, it is far more common that policy documents justify P3 use on the grounds that they deliver ‘value for money’ (VfM). Understanding what exactly VfM means in practice and in technical detail, however, requires deciphering what a Scottish Auditor once famously called “pseudo-scientific mumbo jumbo.”

It turns out that for Ontario and the rest of Canada, in most cases the entire VfM basis of choosing a P3 over the traditional model rests on the claim that it uniquely provides for ‘risk transfer’. The argument is twofold: that P3s insulate the public from unnecessary and unexpected costs and that by linking private partner compensation to the acceptance of risk there will be an incentive to find project efficiencies and ensure quality delivery. In this sense, P3 is an insurance policy taken out (and paid for) by the public sector.

Arguments such as these ignore the longstanding practice of transferring risks through traditional forms of procurement. Auditors General in Ontario (2008) and Quebec (2009) have openly questioned P3 for this reason alone. Risk transfer justifications also privilege the P3 model without any basis in fact or systematic study of public sector performance. Infrastructure Ontario assumes that the risks associated with fully public projects are 5 times greater than with P3 but the provincial Auditor General argues “there is no empirical data supporting the key assumptions used by infrastructure Ontario to assign costs to specific risks” (2014, 198).

For all their drawbacks, P3s work quite well in other ways, namely at accomplishing accumulation by dispossession. We now see not only the entrenchment
of design-build-finance-operate infrastructure P3s in Canada but also its evolution and spread into new territory. The return of austerity after 2009 has only contributed to the shape-shifting nature of P3.

Looking at examples of cutting-edge trends in P3 from the U.S., UK, and Australia indicates what might be soon in store for Canadians.

Countering the P3 push has thus far proven difficult. Despite spectacular project failures, the demonstration effect has done little to reverse P3 use. Union resistance has been somewhat successful, in a limited way – in areas like Ontario’s health sector, P3 hospital service contracts are now narrower but P3 hospitals are more prevalent than ever. Planning and spending frameworks and oversight by auditors may be helpful at improving the process of P3 but cannot help intrinsic problems with the outcome of P3. If a solution is to be found which is of broad appeal – those tacit supporters of privatization included – it will be most successful if focused on the cost and financing dimensions. Calgary, for example, cancelled its P3 schools program in 2014 on the grounds that it was cheaper to use the traditional public route.

Arguments in favour of using private financing vary between it being a way to capture ‘extra’ money or a way to ‘replace’ public spending but the reality is that private financing through the P3 model must be paid back either through government-owed availability payments (taxpayer compensation sent to the private partner for its services, e.g., hospital cleaning) or by the public directly through user fees (collected at the time of use, e.g., highway tolls). Repayment schemes make P3 a mechanism of infrastructure financing, not funding – funds for public infrastructure ultimately come from taxpayers or service users one way or another.

Understanding the business of P3 reveals, rather ironically, a range of options for public alternatives that would tap into the same types of sources that private financing for public infrastructure draws on but jettison profit siphoning and private control. Examples include:

Identifying and promoting viable alternatives to privately financed P3s will accomplish a number of goals, with broad appeal:

Alternatives to P3s are just one part of an anti-privatization strategy, success will also depend on developing common strategies to oppose privatization on other fronts. •

Heather Whiteside is Associate Professor of Political Science at the University of Waterloo and Fellow at the Balsillie School of International Affairs. She is the author of About Canada: Public-Private Partnerships.