The near equality in strength of the two camps contending for power in Egypt led the army to stage a Bonapartist coup. It is not only the recent episode of unprecedented crowds in the millions coming out on 30 June that has made the army move. This struggle between the Muslim Brotherhood government of now deposed President Mohamed Morsi, on the one hand, and the opposition, represented by the National Salvation Front, and more recently by the Tamerod (Rebel) movement, on the other, has been going on since last November. This is, in fact, the third wave of spectacular demonstrations by the opposition within a cycle of the Egyptian revolution that has been going on since November. 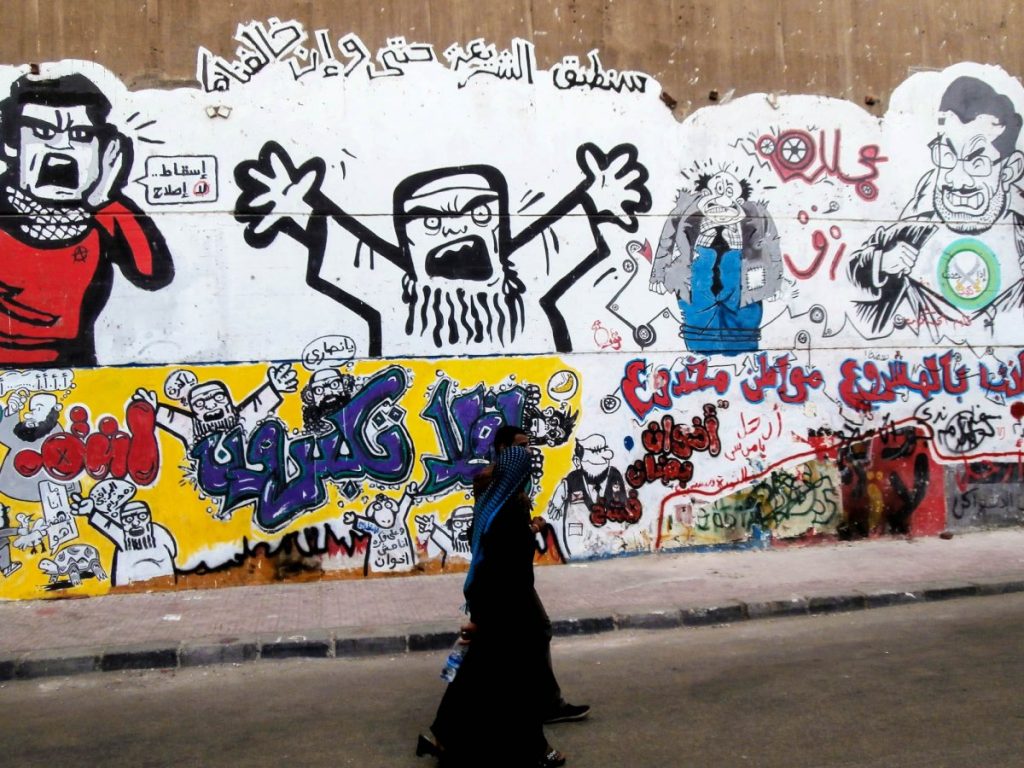 It was in November, in the wake of the so-called Constitutional Decree of Morsi, that the opposition started to challenge the legitimacy of the president. This first wave died down as a result of the electoral atmosphere created by the referendum on the constitution set for 15 December. Then on the second anniversary of the revolution (the Egyptians mark the beginning of the revolution, 25 January, as its date), there began another wave that lasted almost for a month. The mammoth demonstrations of 30 June and since are thus the third wave. The singularity of the 30 June rallies lies in the fact that, at least in Cairo, the crowds were simply too large to be compared to anything that went on before: not only was Tahrir square, the iconic centre of the Egyptian revolution, much more densely packed than on any previous occasion according to the unanimous commentary of all seasoned observers, but Ittihadiye, the area around the presidential palace in Heliopolis, drew crowds that would, on their own, rank this incident in the annals of mass protest anywhere in the world! So this was a formidable movement that would scare any party in government and any ruling class!

And yet the Brotherhood and the other Islamist movements, with certain exceptions, showed no signs of giving in. On the one hand, they organized counter demonstrations and sit-ins that reached up to the hundreds of thousands. There were also clashes all around the country before, during and after the landmark date of 30 June that led to scores of casualties on both sides. On the other hand, Morsi himself stood his ground and declared squarely that he was not going to give in to the demands of the opposition. These demands, it may be recalled, amounted to Morsi’s resignation, the assumption of the presidency by the new head of the Constitutional Court, the formation of a technocratic transitional government which would put the crumbling economy of the country in order and early presidential elections. This, by the way, has turned out to be the so-called “road map” of the army as well.

The deadlock born from the confrontation of two nearly equal social and political forces was simply inextricable. It threatened civil war. It was into this void that the army stepped in and staged its coup. This was a classic case of Bonapartism.

To understand the ironies of history that this coup represents one has to recall the facts of recent history. It is, of course, commonplace knowledge that since the early 1950s, the army has been the mainstay of the Egyptian regime. But after Nasser‘s death, the army ruled through the National Democratic Party and its strong men, first Anwar Sadat, then Hosni Mubarak. The new period of course opened with the eye-dazzling Egyptian revolution of 25 January 2011, which, in a matter of 18 short days, brought down the 30-year rule of Mubarak. This political revolution was a peculiar mixture of a popular revolution and a coup d’etat. It was really the Supreme Council of the Armed Forces (SCAF), led by Field Marshall Tantawi, the Minister of Defence under Mubarak for two decades, which held ultimate power in the background, promising nonetheless the construction of a more democratic, pluralist regime.

Ironically enough, in the first period following the ouster of Mubarak, the army cooperated with the Muslim Brotherhood, the only sizeable politically coherent force in the country, as against the camp of the revolution (the relationship of the Brotherhood with the revolution itself was very problematic: it came in very late and constantly oscillated). In the meanwhile, the major demand around which the revolutionary camp increasingly mobilized was captured in the slogan “Yaskut yaskut, hukm el askar!” or “Down with the rule of the military!”

One and a half years later, Mohamed Morsi was elected as a result of a two-round presidential election, in the second round of which he faced a candidate of the ancien régime, Ahmad Shafik, an ex-premier under Mubarak and beat him by a very narrow margin. It is important to note this because it makes clear that many of the people now on the streets had, only a year ago, voted for Morsi as against the candidate of the previous era. And only a month after he was inaugurated, Morsi dismissed Field Marshall Tantawi and his chief of staff and thus brought to an end the domination of the political system by the SCAF. In what is another irony of history, he promoted Al-Sisi to head the military, making him his Defense Minister, as a safeguard against the intrusion of the army into political life. It was Al-Sisi who was to stage a coup against him on the anniversary of his inauguration!

Whatever the personal leaning of Al-Sisi (he was hailed at the time by the Western press as the representative of another generation of officers), the army has now avenged its humiliation at the hands of Morsi last year and has restored its prestige in the eyes of both ruling circles and the masses. Moreover, through its coup the army has averted, at least for the moment, an impending civil war between the two camps. A civil war is always a grave danger for armies, not least because it may lead to a fatal division within its own ranks. But all this pales into insignificance when compared with the real import of the coup: this coup has pre-empted a possible revolution by the people! The power displayed by the masses on 30 June, preceded as this was by six months of feverish activity, demonstrations, mass rallies, marches, challenges against curfews etc. would scare any ruling class anywhere around the world. With this step the army has skilfully prevented a possible victory of the people’s revolution and in the process received the support of a significant portion of the masses. This Bonapartist coup is then, in its innermost essence, a revolution hijacked!

“This Bonapartist coup is then, in its innermost essence, a revolution hijacked!”

A significant part of the responsibility for this falls on the leadership of the opposition. During the press conference in which Al-Sisi declared the assumption of power by the army, he was flanked, apart from his commanders, by the Grand Sheikh of Al Azhar as the representative of the Muslim majority of the country and Coptic Pope Tawadros II as that of the Christian minority. But there was a third figure. That was Muhammad ElBaradei, the former director of the International Atomic Energy Agency, a “liberal” cherished by the Western media, and the leader of an insignificant bourgeois political force of the country. In what capacity was he there? As the spokesperson of the National Salvation Front, a motley collection of parties that brings together one of the richest tycoons of Egypt, Naguip Sawiris, and socialists of all stripes, but really centred around the towering figure of Hamdeen Sabahi, the left Nasserist candidate who garnered around 21 per cent of the popular vote in the first round of the presidential elections a year ago (only three percentage points less than that of Morsi!). Sabahi and his Egyptian Popular Current have formed this incoherent front and tied the hands of the left Nasserists and socialists by allying them with bourgeois politicians of all stripes with almost no militant force or electoral clout. With the presence of Al Baradei, its spokesperson, at the press conference that officially established the military coup, the revolutionary camp has thus turned over power to the military with its own hands!

This is an irony rarely equalled in history. It was these same masses of the people that for a year and a half after the fall of Mubarak fought, at the expense of their lives at times, this ferociously violent military institution, trying to put an end to its rule.

However, even two and a half years after it first rose on the stage of history, the Egyptian revolution is so strong and the people so filled with an aspiration not only for freedom but also for bread and jobs, so significant is the component of class struggle within the whole process, that it would be folly to think this is the end of revolution and stability has arrived in Egypt. Quite the contrary. Having got rid of the three-decade long rule of a tyrant and then of a president who was elected at the polls in reasonably free elections only a year ago and this within the space of two and a half years, the Egyptian working-class and the large masses of people are full of self-confidence and a belief in their own strength. The people believe, and rightly so, that it is they and not the army who brought Morsi down! The audacity of this people will no wonder present us with even greater surprises in the near future. But the victory of the revolution requires the construction of a leadership that is capable of breaking with all forms of subservience to the Egyptian bourgeoisie and to imperialism. •